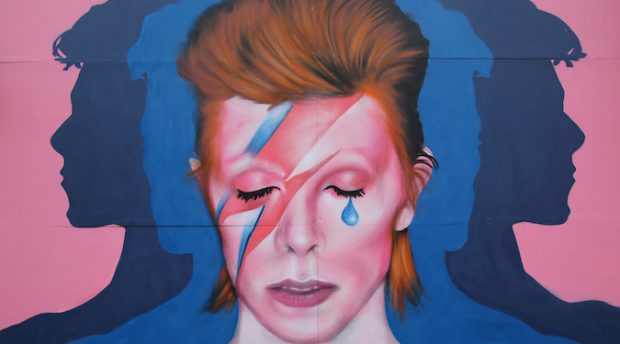 It can be hard to let go of the music from our youth, particularly when it becomes viewed as ‘heritage’ in a contemporary view, says David Waller. Museums around the world are capitalising on nostalgia, giving people a chance to celebrate the music that defined generations.

In an attempt to market themselves and attract visitors to the museum space, several cultural institutions have presented exhibitions with a pop culture – and particularly music-related – theme. For some places this strategy has resulted in record-breaking attendances, with many being a new audience who had not visited the museum before.

Currently showing at the Arts Centre Melbourne, in collaboration with the ARIA (Australian Recording Industry Association), is the Australian Music Vault, “a celebration of the Australian contemporary music story – past, present and future.”

Opened in December 2017, the free exhibition displays many objects from Australian music history including costumes, musical instruments, photographs and posters, plus interactive and digital experiences.

The Arts Centre is no stranger to music-related exhibitions as it has hosted several displays, including one on Kylie Minogue, Nick Cave, AC/DC and Australia’s largest independent record company, Mushroom Records.

However, other cultural institutions, such as the Powerhouse Museum and the Jewish Museum of Australia, have successfully used music-based exhibitions to attract audiences to a bigger market.

Finishing in March of this year is ‘Amy Winehouse: A Family Portrait’ – a collection of personal objects and memorabilia of music icon Amy Winehouse displayed at the Jewish Museum of Australia, Melbourne. Since the exhibition began in London in 2013, it has also been displayed in Jewish Museums in San Francisco, Vienna, Tel Aviv, and Amsterdam.

According to the director of the Jewish Museum of Australia, Rebecca Forgasz, during the five months of the exhibition it attracted almost 12,000 visitors, with 75% of them visiting the museum for the first time,“This is by far the highest numbers we’ve ever had for an exhibition at the museum.”

Even overseas, the music-themed exhibitions have been staged by major museums. ‘David Bowie Is’ was first mounted for the Victoria and Albert Museum, London in 2013. The retrospective of the life and career of David Bowie contained over 300 objects including handwritten lyrics, more than 50 original costumes, set designs, album artwork, photographs, interviews and rare concert footage.

Since then it has travelled to Toronto, Sao Paulo, Berlin, Chicago, Paris, Groningen, Tokyo, Bologna, Barcelona and in 2015 was in Melbourne at the Australian Centre for the Moving Image . This international touring exhibition has now become “the most successful touring exhibition in the cultural institution’s 164-year history,” says Forgasz.

The music of our youths is often considered, in modern contexts, of ‘historical value’. These musical exhibitions reinforce the process in which pop-culture becomes heritage.

While the traditional role of a museum is to collect and display objects of historic and cultural significance for educational purposes, they can also entertain and celebrate. Further, they have attracted new visitors into a museum who may not have been into such an institution since they were forced to many years ago for a school excursion.