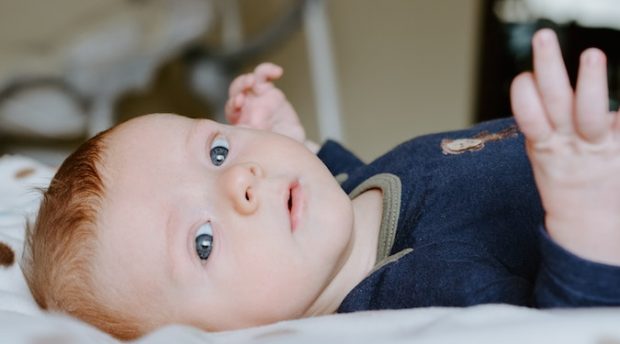 It can be the make or break of your business, Rob Morrison has important advice on how to find the perfect name for your product, service or company.

Every old, crusty creative has a million war stories. Ideas that flew. Ideas that didn’t. Every shade of success and failure. Tantrums and triumphs. I tell those stories a lot. But recently I was asked something completely new. That made me think.

What was my most hated brief ever? My answer may surprise you.

No, it wasn’t writing a commemorative plaque for John Howard. Or selling cigarettes to Pacific Island nations. Or even the 400 triggered text messages I wrote for a telco.

My all-time-most-hated-cringe-when-I-see-it brief is ‘naming stuff’.

Naming products. Naming services. Naming companies. Naming portals. Naming apps. Naming teams. Naming anything. Names are tough. That one word is meant to encapsulate the product, the brand the tone. It’s meant to appeal to the current audience, the future prospects, to build on the heritage, to look to the future. It has to be original. Distinct. Ownable.

No name can meet that brief. The English language doesn’t stretch that far. The perfect word simply doesn’t exist. But you can get close. Here’s six starting points I’ve learned over 25 years.

The most famous here is Ronseal Quick Drying Wood Stain ‘It does exactly what it says on the tin.’

Pizza Hut. International Business Machines. Kentucky Fried Chicken. Functional names have one big advantage – they tell consumers exactly what they’re buying. And they have one big disadvantage – unless you have buckets of cash, they are almost never ownable.

Taking two words and smashing them together to create something new can give you original space. Plus they give consumers a clear idea of what they’re buying. Fox and Telstra join forces – Foxtel. Oil from California and Texas – Caltex. Glamourous camping – Glamping.

Greek gods. Roman gods. Long lost Kings. Legends. Icons. Using names based on aspirational leaders is as old as language itself – St Peters Basilica in Rome was built in the 300s and named after St Peter Brock (no, have I got that wrong?).

The challenge here is to keep the name relevant. Or to use it so often and in such an abstract way that the original meaning no longer matters. Nike – Greek god. Mars – Roman god. Bluetooth – Danish King. Olympus – Greek home of the gods.

Deliberately changing something well-known has also proved effective. Famously, Google is a mis-spell of Googol. Q8 petrol – an anglicised phonetic version of ‘Kuwait’. Toys ‘R’ Us had people coming into the store pointing out the ‘R’ was backwards.

In my experience, these seldom work. Marketers love to think their audience will understand that POET means Powerful Overseas Electronic Transmitter, but sadly they won’t.

They’re just not that interested. And usually, acronyms are just a really slow way of smooshing more information into a name. The most quoted example is ADIDAS – rumoured to be ‘All Day I Dream About Sport’. Not true, it’s actually a mashup of the names of the original German owners.

This is one of the most fun places to play – but is almost never the final name chosen. Basically, you’re choosing a name ‘just because’.

Kodak was picked because there’s rarely two ‘K’s in anything (just never go to three, OK?). Jeff Bezos chose Amazon as a name to jump to the top of alphabetical lists – Yahoo! was at the bottom. Sure, you can post-rationalise it, but ultimately these name just needs to pass the ‘I like it’ test.

So, what’s the process? How do you generate your list?

Try starting with those six territories and write as many names as you can. Use the thesaurus. Use the dictionary. Search and research. Use every idiom and expression you can think of. Look at what competitors are doing and twist it.

The idea is volume. I’ll often brief other writers and get them to spend just an hour – furiously writing. Then collate them into a few in each area. You’ll soon see what territory is working.

Then, put simply, present everything. All of it. The fun ones. The serious ones. The fast. The slow. The one’s you think are wrong. And those you think are perfect. Honestly, you just never know.

Quick anecdote. Recently we were asked to name a program for a global client. We culled the list from more than 100 to our top 20. But when we laid them out on a single page we used three columns. Which meant there were seven names, seven names and six names. To even up the numbers we added one more. Guess which one ended up in market? Yep, the late addition. Just to make a slide look pretty.

Don’t get frustrated. Getting names right is hard. Maintaining your enthusiasm is harder. And, to some degree, it’s only when a name is in market that it really starts to mean something. Just think about your own name. Every time your parents shouted or whispered or wrote it down, your name took on more meaning.

Failing that, open the dictionary at a random page and pick a random word. It might work just as well.

BY ON 8 October 2018
Rob Morrison is acting ECD at Ogilvy Brisbane.

« Why storytelling through screens will never beat the real thingBrain trust: will voice marketing open a well of untapped consumer engagement? »