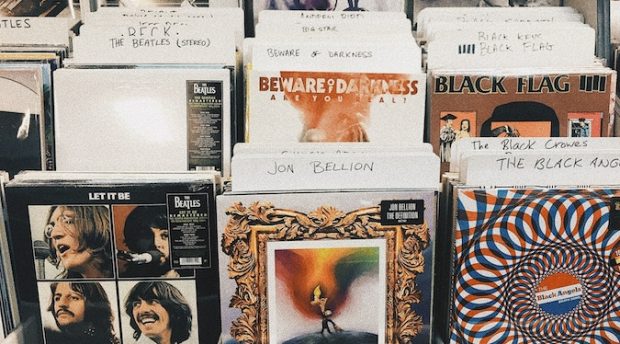 Ever thought about how much in-store music affects purchasing behaviour? Turns out, it’s a lot. This company takes control by paying attention to the details.

Elsley and Larkins began their venture in the mid-2000s under the moniker ‘Eden Control’, integrating smart connected lighting, security, audio, visual and climate control into customers’ homes – a concept that wouldn’t hit the wider market for almost a decade.

The pair discovered that they had a particular knack for setting up audio systems, and their business model became more niche as they became known among high-end home owners. Elsley says clients would present enormous libraries of CDs to be digitised: “Do you remember ripping CDs to hard drives before streaming? It took close to an hour, an hour and a half, per CD. Now imagine doing five or six hundred of those?” 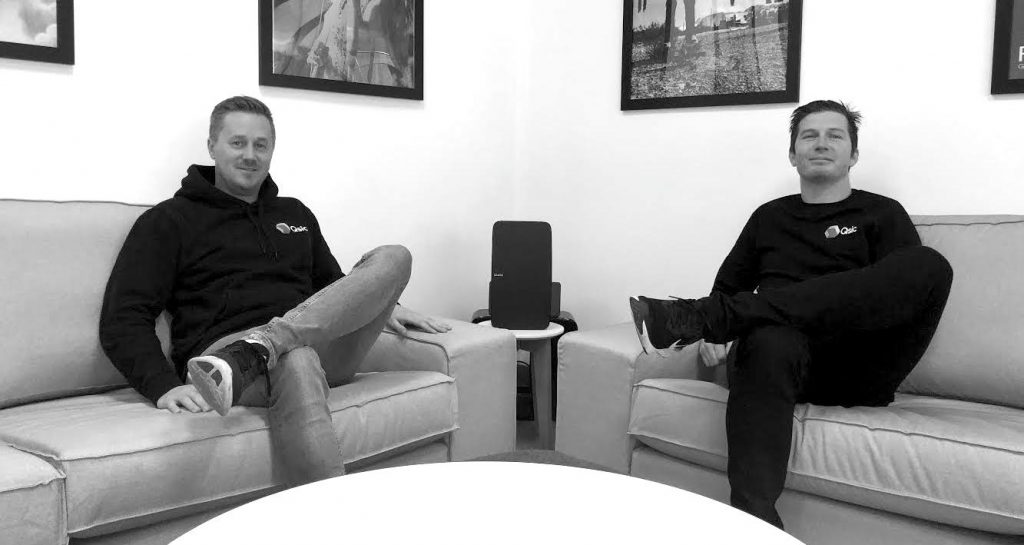 At the time, the pair would dedicate weeks to only ripping customers’ CD collections. They needed a better solution.

As 2010 approached, music streaming services were only in their infancy and certainly hadn’t entered the Australian market. Elsley and Larkins found a US based company called ‘Rhapsody’, and began patching music through VPN into homes in Australia. Elsley continues, “That was the first time we really saw how beneficial streaming could be.

“And then bang, away we went. The customers would have access to huge catalogues delivered over the internet. It was distributed throughout their homes and we thought, ‘fantastic, everyone’s happy.’”

As the business expanded, Eden Control began looking into the commercial sector. “This was when we were exposed to how music was really being handled in businesses and we just thought, ‘this is archaic, it’s light-years behind what we’re doing in the residential sector.’”

With the same fiery curiosity for the cutting edge, Elsley and Larkins have since launched a new business built specifically on streaming music to businesses. Called ‘Qsic’, the company’s technology ‘reads’ a retail environment to draw factors including weather, day of the week, consumer sentiment and even biometric data to create a music library tailored to the profile of a business – creating an optimised environment for in-store spending and fostering brand loyalty.

Marketing spoke with Elsley about pushing the boundaries of technology enabled retail environments, biometric scanning and the power of music on consumer behaviour .

Marketing: What were the challenges in getting Qsic off the ground?

Matt Elsley, CEO at Qsic: We fell over because we saw a gap in the market. We were thinking, ‘why is no one streaming into businesses?’ That really set us on a path of thinking, ‘look, if it doesn’t exist, we’re techies, we’ll just build one.’

We started approaching record labels and getting the correct licensing to do what we wanted to do and that took years. We were speaking to label executives, but at the time streaming just wasn’t a thing. They would say, ‘there is a bit of that going on in the US, but it’s far from established or mainstream. It’s not even in Australia and you’re telling us you want to do it in a different market entirely?’

So it took them a long time to wrap their head around that; it was a little bit too far ahead of the curve at the time. In the end, it took us two years to get the licensing done. But while that was happening, Spotify, Pandora and some local services all came into the Australian market in the consumer side – which was fantastic for us because it educated the market on what streaming actually was and suddenly our idea wasn’t as harebrained as it once seemed. So even though we’re a really young company, we are veterans at this. We saw that music could have so much more value and impact than it currently did.

A lot of vendors will talk about brand curation and other types of narratives around creating the brand sound etc, but for us we’re all about context. We want to understand the business, the store footprint and the demographic that flows through it in as real time as we can. We take a very analytical approach to what we do, which is very different from most companies in our space. We’re most focused on how we can leverage music to a client’s benefit. 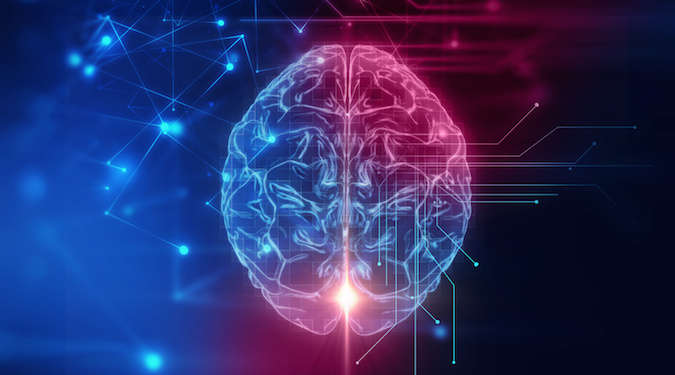 How does Qsic’s environment reading work?

It takes it all into consideration, like I said before, it’s all about context. So looking at the conditions that the business is operating under, both internally and externally. External factors being time of day, day of the week, season, location, weather, consumer sentiment, demographic flows of the area – pretty much anything we can get our hands on. We also have our own decision making engines and algorithms, basically an AI layer that will actually extrapolate out all that information and then look at it in terms of the impact it’s actually having on businesses.

With most of our customers, we’re plugged into the point of sale as well. So we’re looking at the transactional data – how things are impacted and moving when we make subtle changes.

We do biometric demographic analysis as well, but that’s a relatively new product for us. We do look to do that because for us, it’s another data source. It’s important to note that the biometrics are not about tailoring to the individual, because there’s more than one person in a store.

So just because you walk in a store and you like hearing, let’s say heavy metal, it doesn’t mean that we’re just going to smack into Metallica. It’s really just taking another data point into context. It’s definitely not easy.

But every business is different. What we find with one business might not coincide with another, even if they’re in the same industry. It’s only when you’re looking at the data that you can start to uncover this type of thing. There are definite metrics that apply to a lot of businesses: for example every business will have a sweet spot for BPM (beats per minute). So we can figure out the best BPM for when most of their transactions are done.

Volume is another huge factor. Getting the volume right at any given time can make or break sales in a lot of businesses. These are simple elements, but the thing is most platforms aren’t designed to autonomously drive these kinds of metrics. They can’t detect what it should be at any given time and adjust in real time, where our platform does. A lot of the systems that we implement for larger businesses are what we call ‘zero touch’. So at a store level, you can’t touch or adjust anything – not volume, not content, you can’t even skip a track – the system does everything for you and adjusts accordingly based on what it’s reading.

It’s a very different kind of solution because we service customers that have huge store networks and they’re looking for systems that actually provide the best in-store experience possible for the least amount of attention or work from their staff’s point of view. So they want to implement a system that will take away a lot of the heavy lifting from what they currently do, because their staff need to be focused on the things that they’re there to do and that’s service the customer. The business just needs to employ a system that is intelligent enough to think about what it should be doing at any given time.

Basically it’s all about knowing and not assuming. That’s one of our internal mantras: ‘know, don’t assume.’ Most of our customers who have really large networks of stores know their own customers really well.

Why do you think music plays such a crucial role in affecting purchasing behaviour? Is it subconscious, or subliminal?

It’s tribal. Music is an emotive vehicle. You’ll have a song that you’ll hear on the radio and it’ll just transport you back to a moment in time; that party you were at or whatever. Music can do that to you. And because it is so emotive, you can steer that to influence behaviour very easily, if you understand it.

A lot of what Qsic is actually focused on is the understanding, the musical breakdown, the musical characteristics of all our tracks and how all those different levers can be pulled or pushed to drive the behaviour that we’re actually looking for. [We ask] which are most beneficial to the customers in-store but also to the business itself? So, everyone’s winning, the customer is getting a more tailored experience and the business itself is getting a happier customer and a better sales outcome – because they’re servicing their customers in a more tailored way.

Are there other areas of the retail experience that are yet to be approached with this smart-enabled mentality?

I think it will become really commonplace eventually; as more and more systems become intelligent and require less human intervention from an operational level. Humans will be far more valuable from a strategic point of view with things like strategic direction. Businesses will start to point systems like ours in the direction that they want to head.

BY ON 21 November 2018
Josh Loh is assistant editor at MarketingMag.com.au

« AdRoll VP of international on adtech martech convergence and a year of changeNot your average driving range: shareability at the heart of entertainment »