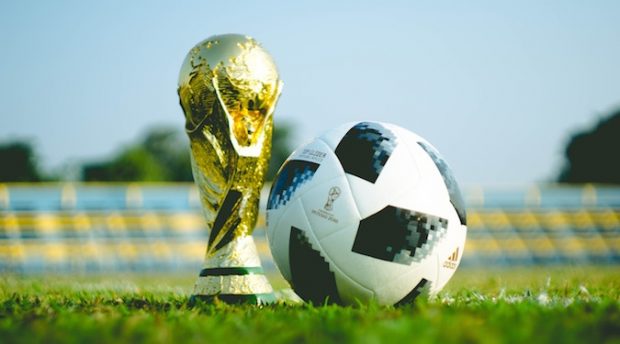 Teams have been using data to tune performance for a while now, but modern data analytics practice seems to go unnoticed by the fans despite their dependance on it too. Steve Singer investigates. 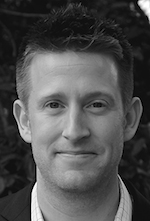 With the attention of football fans firmly focused on Russia, many are relying on a constant stream of statistics to keep up with the action. Everything from team rankings and performance to the status of individual players is being analysed and shared worldwide.

Having access to data generated by 32 teams playing 64 games across 12 stadiums has changed the experience for sports fans. Rather than passively watching and relying on the opinions of commentators, they can actively analyse what’s happening and how their favoured teams and players are performing in real time.

The data has also brought big changes for coaches and support staff. Instead of relying on intuition and observations, strategies can be created and tailored based on actual player performance during a game.

Coaches and players can gain access to data streams through specially designed dashboards. These can allow a player to instantly see the results of any changes made to techniques and what impact this has had on their team’s performance.

The power of analytics

The power of data and analytics in sport was first brought to the attention of many people by the popular film Moneyball. Based on a book published in 2003, Moneyball told the story of how a baseball coach with a limited budget optimises his players’ potential on the basis of an in-depth analysis of their game statistics.

Once he realised the value of the data he had managed to accumulate, the coach set up a team by recruiting players whose financial value had been underestimated. The team makes it to the play-offs two years running.

At the 2018 World Cup in Russia, such data-based strategies have shifted from being novelties to a critical tool for team managers and coaches. The insights gleaned from the analysis of vast streams of data can not only help analyse past performances, but also be used in a predictive capacity to determine what impact changes will have in the future.

Predictive analytics techniques can also be used to analyse the performance of opposing teams. Careful analysis of past playing strategies together with the current performance of individual players can help a coach forecast how a team will play in an upcoming clash. Tweaks and changes can then be made to player line ups and on-field plays to maximise the chance of success.

It’s this combination of historic data and real-time events that is making predictive analysis in sport so powerful. As more data is gathered and analysed, that power will continue to grow over time. The performance of teams in the last World Cup can be carefully compared to their success rates in Russia. Changes they have made to the way they approach each match can be used to predict what they will do the next time they take to the field.

The evolution of data analytics

When predictive analytics was first used in sport, it was a complex beast to master. Data had to be gathered and carefully combined in a central location. Bespoke tools then had to be developed that could examine that data and spot the trends and changes needed by the coaches and managers.

Fast forward to 2018 and things have changed dramatically. The arrival of a new generation of data integration and analytics tools has streamlined the analysis process and given coaches and teams insights into performance that previously would have been impossible to attain.

The tools are based on analysis models used by data scientists and comprise a range of components designed to undertake specific tasks. In the same way such tools are being used to analyse everything from demography data to the performance of manufacturing lines, they are now shining a new light on who’s got better ball control.

Outside the captivating world of the 2018 World Cup, predictive analytics tools are also being put to work in a diverse range of industries. For example, growing numbers of airlines, which need their aircraft to be completely reliable, are predicting future maintenance cycles by analysing vast amounts of data from sensors that have been placed throughout their aircraft fleets.

In the logistics and transportation arena, similar tools are allowing operators to improve efficiencies by creating routes for delivery trucks that take into account everything from customer location to traffic conditions and the performance of drivers. Meanwhile, in sectors such as banking and health, predictive analysis is helping operators to predict the future demands of customers, based on their prior activities.

Just as is the case for a World Cup team, these days it is vital for all sectors to remain competitive. Increasingly, this is being achieved through the adoption of predictive analysis tools and processes. The way to do it is to examine the existing situation in such a way that it delivers high added-value information, backing up real-time strategic decision making.

While the capabilities of the analysis tools will continue to improve, the most important component remains the data. Organisations must focus on collecting as much data as possible to feed the tools so that the most valuable insights can be gained.

Whether it’s the number of defensive saves achieved by a goalkeeper in a match or the time taken to score a first goal, data can be used to plan everything from pre-match training to strategy changes made during the match.

As football fans continue to enjoy the Russian spectacular, take a moment to consider the powerful role that data analytics will play in the final outcome.

« Trustworthy traits – marketing professor explores consumer uncertainty, leadership and relationshipsOpinion: Why we don’t need to prepare young people for the ‘future of work’ »