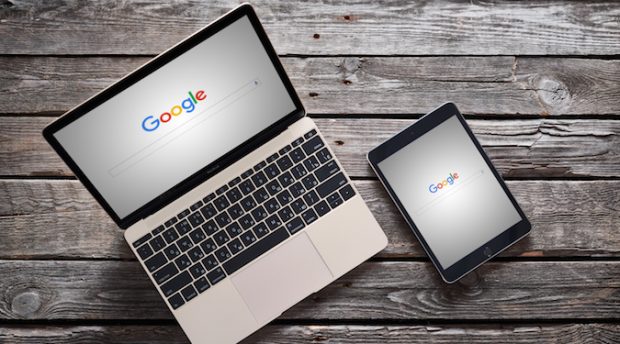 Google may be one of the most iconic successes in internet company history, but are we choosing to forget its failures? Howard Yu investigates the company’s possible future.

Memory often plays strange tricks, embellishing past facts while ignoring the unpleasant details that were then so vivid. As George Orwell observed: “One way of feeling infallible is not to keep a diary.”

As Google marks its 20th birthday, its success seems so well known and so often repeated that it runs like a myth. But Google needs to examine where it has failed and face some serious challenges if it wants the next 20 years to be anywhere near as successful.

The success story goes that Google’s structure is decentralised, with product groups, from online search engines to mobile Android smartphones, working independently, resulting in numerous great products. Google’s legendary “20% time” let employees work on projects outside their core jobs one day a week. This, in turn, encouraged the company’s so-called “moonshot” mentality, enabling it to create products and services “ten times better” than those of competitors.

It was this runaway success that sprawled an entire cottage industry of innovation that invariably followed the same narrative: put a few bright people in a brightly lit co-working space, pour in some seed money, let them study customers and run some experiments, and something wonderful will come of it.

Lots of success … and failure

Amid the success of Gmail, Google Maps, Google Docs, Google Chrome, Google Drive, Google Translate, and Google Analytics, one thing has never changed. Since its founding, Google’s mainstay has always been advertising revenue.

Of Google’s US$60 billion revenue in 2015, only US$8 billion came from non-advertising activities. This grew to US$13 billion by the end of 2017, which still accounted for less than 14% of Google’s overall revenues. Since advertising is by far the most profitable business by a wide margin, it is safe to assume other products remain insignificant to the corporate bottom line.

This is not for lack of trying to diversify. Nor does Google choose to focus on just advertising.

It bought Motorola in 2012 for US$12.5 billion in the hope of entering the hardware business. But Google ended up fire-selling Motorola to Lenovo for US$2.9 billion in 2014. When Google bought the smarthome company Nest for US$3.2 billion in 2014, the startup became associated for years with just one initial product – the self-learning thermostat. Google’s Nexus tablet similarly failed to take off, and Google’s fibre division shuttered after failing to popularise an ultra-fast internet service. The much-hyped Google Glass turned out to be a flop. It is as if an invisible hand at Googleplex all but derails initiatives that do not fit its advertisement model.

What is most troubling is that this invisible hand also threatens to kill the most advanced artificial intelligence, preventing it from weaving into the fabric of Google. I am talking about DeepMind, a London-based AI laboratory that Google acquired in 2014 for some US$500m. It is run by Demis Hassabis, whose “AlphaGo” algorithm beat the world’s best Go player, Lee Sedol, at the Chinese board game in 2017.

Despite DeepMind’s crowning achievement, Google curiously rejected it, not because of technological concerns it seems but because of age-old politics. Google had Google Brain before it acquired DeepMind, which also built computers that mimicked “neural networks” of a human brain. These computers were behind the stunning advancement in text translation that power Google Translate.

So when DeepMind was acquired, many Googlers questioned where DeepMind would fit. It did not help either when DeepMind reportedly showed scant appreciation for the machine-learning algorithm Google Brain had already developed. While working with YouTube to deliver better recommendations, DeepMind apparently struggled not with the tech but with interpersonal problems – time zone differences and disagreements on how much data each party would share.

So here is the world’s third most valuable company, which has the best computational scientists, who have developed a smart machine that can learn, understand, and strategise complex tasks. But with a DeepMind project that reportedly failed to overcome time zone differences for collaboration. A lack of collaboration could certainly derail a strategic agenda central to Google’s long-term future.

Why co-founder Larry Page or CEO Sundar Pichai have not intervened more forcefully is anyone’s guess. Maybe a direct top-down intervention would have run counter to Google’s freewheeling, bottom-up innovation process. As some have commented: if “the only way to innovate is to put a few bright people in a dark room, pour in some money, and hope that something wonderful will happen … the value added of top management is low indeed.”

Innovation is, by definition, uncertain. As Google turns 20, it is racing against Amazon to join Apple in the trillion-dollar valuation club. The unpleasant fact remains that top executives must intervene to harvest productive creativity – something a CEO cannot delegate. Jack Welch, the legendary chairman and former CEO of General Electric, understands this well: “One of my favourite perks was picking out an issue and doing what I called a ‘deep dive’.

“It’s spotting a challenge where you think you can make a difference … then throwing the weight of your position behind it. I’ve often done this – just about everywhere in the company.”