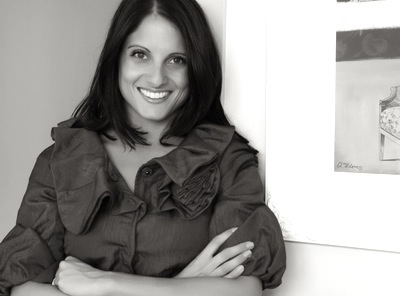 Schadenfreude. What does it mean? I didn’t know until a literary acquaintance flung the term into an email. After consulting with language expert, Professor Google, I discovered that it means ‘malicious joy in the misfortune of others’. My acquaintance was using the word to describe my glee as I retold the story of a recent PR disaster I watched unfold.

As any PR person will tell you, a PR ‘disaster’ can be classified as one of the following:

But a real PR disaster, a major PR fail, is much worse. It is gory, grimy and horrifying to watch and seeing it happen to someone else, is, well, much like watching the aftermath of a car accident. You pray that you don’t see any blood and guts, but cannot look away in case you do.

Watching someone else’s PR fail conjures emotions ranging from agony (to imagine being in their shoes), ecstasy (that you are not in their shoes), pride (as you tell everybody you know how you would have done it differently), nausea (as you imagine the poor SOB who will be blamed) and, secretly, satisfaction (that one of your peers/competitors cocked up).

So now that we have named my new hobby, let’s revel in the schadenfruede of these recent PR fails.

1. The Yellow Wiggle gets the boot

Five years ago, Greg, the yellow wiggle, got sick. He had to drop out of Wiggle-land.  Replacement Wiggle, Sam, was hired. In January of this year, the Wiggles announced that Sam was out, and Greg was back in.

Now I have never seen the Wiggles be anything but ‘on brand’ in TV interviews.  They’re always happy and jolly and never break character.

But in a Today Show interview to discuss the change, Anthony, the blue wiggle, made a mess of the situation. Something that should have been straight forward to the Australian public – ‘Greg was sick, but now he’s better!’ – became extremely awkward with an obvious undertone of defensiveness and general yuckiness. And suddenly we smelled a rat. A wiggly one.

When asked how Sam was, Anthony responded, “Ummm, uhhh, I dunno, what do you mean?” and going on to say such things as, “I haven’t spoken to him… what Sam does now is up to Sam,” and that his “contract had finished”. Where were the PR advisors behind this multi-million dollar brand?  Where was the pre-prepared Q&A, the guidance to keep them ‘on message’? Nobody wants to hear about contracts with the Wiggles, and everyone wants to think that the Wiggles are the best of friends come rain or shine or negotiations for Dorothy the Dinosaur’s wardrobe allowance.

Yawn. Shock jock Kyle Sandilands abused someone on radio. Again. For the eleventieth time. The blow-out from this was enormous. The public went crazy. There was a mutiny. All he had to do was apologise. To feign sincerity. To explain his inability to decipher right and wrong in the face of participating in the worst piece of television produced in 1700 years.

But his apology was late, half hearted and insincere. He continued to rant on radio that if you take a crack at him, you deserve whatever you have coming to you.

The damage to the 2Day FM brand, lost advertising revenue, etc was severe. Of course, we have a short memory and we’ve almost forgotten about it for now. But what was required at the time was a swift, decisive response to minimise the damage.

I can only imagine the PR department at 2Day FM scrambling and begging Sandilands to do the right thing. And the ol’ bastard refusing. So what did the good folk at 2Day FM do? They stuck their heads in the sand and waited for it to blow over. Any way you look at it, it was a long, drawn out PR fail, and lesson in how not to manage a crisis.

Rather than cite specific examples, let’s just award the Australian Labor Party the overall PR fail award for the past 12 months. Public in-fighting, horrendously defensive media interviews, mixed messages and a cast of idiots have made the Labor Party a laughing stock. The sheer loathing I feel for each of the leading players in this pantomime knows no bounds. And yet they are running the country? There are no good guys and villains, just court jesters competing for the title of the Biggest National Embarrassment.

In this instance, I can’t even blame the poor, tortured PR folk.  I think they’re probably doing the best with what they’ve got.  And let’s face it, you can’t put lipstick on a pig.

Who’s to blame? Tony Abbot for not giving us a viable alternative

Of course, there are so many other PR fails we could involve in this festival of schadenfreude. But there simply isn’t enough time. Call me callous as I clap my hands to see such fun, but if the schaudenfreude fits…

NOTE: Writer cannot be blamed for mis-using the term ‘schadenfreude‘ in a sentence. She is making it up as she goes along.

BY ON 29 February 2012
Chief Talker and founder of boutique PR agency Dani Lombard Public Relations. Founded in 2007, the agency represents a host of consumer lifestyle brands currently in the process of taking over the world.  Dani is a horrendous cook, infamous know-it-all and one time marathon runner. To find out more, visit danilombard.com.au