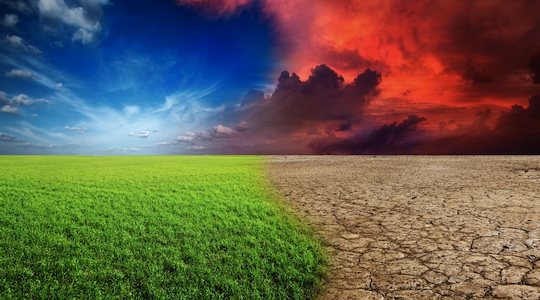 Marketing speaks with Dee Madigan about the ever-changing battlefield of climate change discussion and why business is part of the solution.

At March’s WOMADelaide, the ‘Words, Pictures and Climate Change Pitches’ discussion panel will ask if effectively communicating facts about climate change can make any difference in how people vote in the next election.

Panelists include Jane Caro, cartoonist First Dog On The Moon and Dee Madigan, an award winning creative director who has worked on campaigns for some of the world’s biggest brands and various charities, as well as being a Gruen regular.

Marketing asks Madigan about the ever-changing battlefield of the climate change issue, and the emergence of businesses as key players in the push for change in attitudes and action. 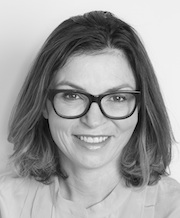 Dee Madigan: The people who should be listening are seldom the ones who turn up. It’s very hard to get people to change their minds on things. Especially things like climate change, because the non-believers, if you like, have almost now concreted themselves into their positions, so they only ever argue in defense. They’re not actually going ever to learn about it.

They’re the people that you almost can’t move. You don’t try, because you call them the high-hanging fruit, if you like, in marketing terms. You can’t reach them. You’re wasting your time and breath trying. It’s the ones under them, the low-hanging fruit that might be skeptical, but with the right methods you can pull them over to the good side.

M: On that point about changing beliefs, can tackling social issues or environmental issues go hand in hand with tackling business issues?

DM: I actually think one of the great things that has happened recently with climate change, particularly with Paris, is that business has got onboard. That is actually, I suspect, the only way to reach some of the higher-hanging fruit, if you like, because it does take it out of that emotional area, even though it shouldn’t be in an emotional area. It should be a very rational scientific area, but for a whole lot of reasons it’s not.

When big business is onboard and saying, ‘We need to get onboard, these are the business models and we need to set up,’ all of a sudden you’re having the same argument, but you’re doing it on a completely different platform so people aren’t as entrenched in where they fit in, because in a way you’ve changed the battleground.

M: Could you expand on that?

DM: The problem with climate change is we’ve moved the battleground so many times. It’s an environmental issue, it’s a social issue, it’s an economic issue, and political parties including the Labor Party have been naughty at this as well. I think the last round of climate change acts when they were in power didn’t mention environment. People don’t like to be treated like that.

It falls on different battlegrounds, and none of them have worked. Once you bring business in, it’s something new because all of a sudden you’re hearing from people who don’t look and feel like they could be in any way environmental fanatics. People who tend to be conservative are innately distrustful of environmentalists and hippies. They associate it with a whole lot of negative baggage that they just simply don’t attribute to businessmen, because businessmen are traditionally on their side.

M: Is it possible to de-politicise it, and would that matter?

DM: At one point we had it de-politicised. We had Turnbull in charge of the Libs, and we had Kevin Rudd in charge of Labor and they were going to bring in an ETS and it felt like for once it was de-politicised. Then of course Turnbull got rolled by Abbott. Literally on the grounds of, ‘I will not do an ETS,’ and then all of a sudden it’s back into the political sphere. It’s really hard to de-politicise because political parties want to gain mileage out of stuff they do. That’s pretty natural, too.

M: Are there any parallels that can be drawn to the business world, like types of campaigns and goals? Is it about changing small behaviours or is it about attitude change?

I do think that for the first time ever, there’s actually a market value attached to ethical behaviour of companies. That’s never happened before, so companies are very well aware of the fact that they have to be the good guy in the public’s eye.

Particularly with social media, people can find out when they’re not, and it does impact on their bottom line. Before they could do a brainwashing campaign and say they they were doing good things when they’re not actually doing much. Now they can get found out too easily, so there’s a market value in them behaving well.

M: When the GFC came along corporate responsibility got pushed to the back burner. Now it’s very much at the fore again. Is that just a reality that if times are tough it’s going to go away or be pushed away?

DM: There is certainly a little bit of truth in that behaving well for some people can almost be a luxury. It’s something you do in good times, not do in bad times. I don’t think that’s all businesses, but I think when it comes down to basic survival we get a bit nasty and mean sometimes in the interest of our own survival.

Businesses are no different to people like that. Like say if you just look at last week, the tax situation and companies not paying tax, that’s pretty mortifying to see what’s coming out. Knowing that there is possibly a public shaming attached to their behaviour must have some influence then on the decisions they make, because they rely on people investing in their company.