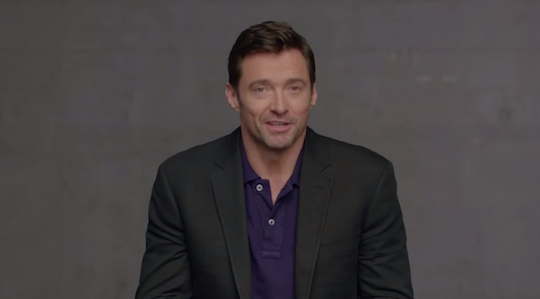 Jackman is the latest in a long line-up of celebrity brand ambassadors for the global airline, with the current line-up including:

Jackman is set to work with Qantas on community projects in Australia, the details of which the brand plans to announce “soon”.

“The Qantas projects I will be getting involved with will create opportunities for Australians to learn, to work and to reach their potential,” Jackman said.

“I will also be working directly with Qantas employees to build on the fantastic community work they already do and I can’t wait to get started later this year.

“It’s inspiring to see an Australian company stand up for causes that make a difference and I know it’s something that the Qantas team and its employees are really passionate about.”

Jackman is one of Australia’s most successful performers, with roles as diverse as Wolverine in the X-Men films, Jean Valjean in Les Miserables, Peter Allen in The Boy from Oz stage show, and pirate Blackbeard in the soon-to-be released fantasy, Pan.

He has won Golden Globe and Emmy awards and received a string of nominations for his leading role in Les Miserables, including for the Academy Awards.

Jackman’s career started out 30 years ago in Australian television show, Correlli, after he graduated from Western Australian Academy of Performing Arts. He now divides his time between Australia and the USA with his wife, Deborra-Lee Furness, and two adopted children.

Qantas CEO Alan Joyce said the airline was “thrilled” to welcome Jackman to the “Qantas family”.