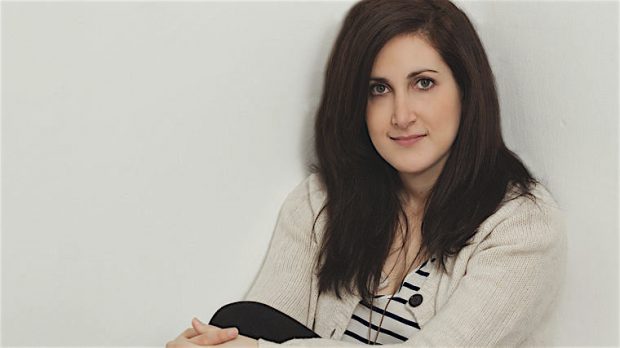 Rahaf Harfoush on her role on Obama’s 2008 campaign, social’s role in integrated campaigns and society’s changing interpretation of creativity.

Rahaf Harfoush was a full-time volunteer member of Barack Obama’s digital team in the lead-up to the 2008 presidential election, working primarily in the team that managed social networks, as well as working with email, SMS, design, blogging and video.

She turned her experience into a book, using the campaign as a case study to document the innovative use of digital tools in that campaign in Yes We Did! An Inside Look at how Social Media Built the Obama Brand. She’s now a New York Times best-selling author and has published a second book The Decoded Company. A third book is in the works. Harfoush also runs boutique consultancy Red Thread and teaching innovation in Sciences Po’s MBA program in Paris.

Harfoush spoke with Marketing about the Obama ’08 campaign, why it was successful and how the landscape has changed since that time, following her appearance at Wired for Wonder 2016.

Marketing: Obama 2008 is a famous early example of a social media-led digital campaign for change. How did you see the 2016 election? Have candidates missed any opportunities?

Rahaf Harfoush: I don’t think it was a case of missed opportunities as much as it was a case of changing landscapes. One of the reasons 2008 worked so well was because Obama was one of the first people to truly understand the potential in mobilising a grassroots community through digital tools. By 2012 that had already become best practice, and in 2016 regular use of social media was not as effective since everyone is now using those same platforms.

I think Trump’s campaign was able to understand that within the crowded online sphere there was an opportunity to hijack legitimacy through the use of viral misinformation. If 2008 was about social media and 2012 was about big data, then 2016 was about exploiting flaws in the information ecosystem and the birth of the ‘post-truth’ era.

M: How do you feel the social campaigns of Clinton and Trump stacked up against each other and against the one of which you were a part?

RH: This entire campaign cycle was an emotional rollercoaster. It was horrifying and heartbreaking in equal measure. Obama ran on the platform of hope, of the country coming together and being empowered enough to bring about real change. Trump’s campaign was a level of hateful vitriol that I haven’t seen before. It was scary and depressing to see the now-president-elect motivate people through discriminatory and divisive language.

Clinton also ran on a platform of fear, in most part, fear of a Trump America. But, in my opinion, she couldn’t inspire voters to come out and support her, for a wide variety of reasons.

This was a very sad day in politics and a reflection on a growing populist sentiment that is being felt around the world. It’s going to be a turbulent next few years.

M: What are your tips for a successful integrating social in a campaign?

RH: It all goes back to value provided. Before there was an emphasis on creating content, and while that is still important, I feel like consumers are becoming overwhelmed with everything that is being thrown at them. For example, I saw that my paper towel brand has a social media profile on several platforms – is that really necessary?

As a result of this information overload we are all experiencing we are going to see a pull back of engagement, as consumers get more choosy about where they engage with brands online. The focus needs to be on value delivered – if there isn’t a clear and desirable purpose – don’t waste your time.

M: At Wired for Wonder you discussed the history of creativity and society’s interpretation of creativity, too.

RH: To summarise hundreds of years of history in very broad strokes, the Ancient Greeks and Romans didn’t believe that humans could be creative, the way we see it today. They thought that any innovative thought was a gift from the divine, a boon from the Gods or spirits like the Muses. It wasn’t until the enlightenment that the romantics claimed the idea of ‘creative’ as something that you just ‘were’ – a birthright.

This was a key revelation as this school of thought emerged as a protest against capitalism. After the Second World War, the introduction of social psychology saw scientists attempt to measure a person’s creativity by breaking it down into quantitative tasks – in most cases skills like idea generation. This gave rise to the idea that creativity was a skill that you ‘possessed’, and you were either good at it or you weren’t.

Now, in today’s economy as we’ve transitioned into a knowledge economy where most people have to be creative on the job (compared to the industrial revolution where creativity was not sought after in employees), we have found that creativity has become a key organisational priority and therefore has evolved into an economic metric. A job that you ‘do’.

M: How relevant and important is creativity in today’s marketing thinking, when weighed up against hard data and insights?

RH: There is an equally important role for both. Data and insights can help give you a clearer understanding of the problem you’re trying to face, which can help guide your creativity in the right direction. After all, you don’t want a clever marketing campaign that fails to deliver on any of the brand’s goals, be it sales, or awareness. I am a very analytical person and I use that to help anchor my creativity.

I don’t think we need to choose, and think that each is an important skill. The data is simply another input in your creative thinking, and so can actually help amplify your creativity.

Too many people think creativity is an elusive spark that will only appear at certain times, but what many creative professionals will tell you is that it’s a muscle that can be trained and strengthened. James Altucher suggests that you force yourself to come up with ten new ideas every day – and that this will help increase your ability to be inspired. If you do that, then when you get that insights report you’ll be far better positioned to come up with new ideas. Practice makes perfect!

M: How do you think the constant evolution of technology and the way people interact with it will affect the creativity of future generations?

RH: I see a mix of good and bad. The good is that people have an unprecedented ability to connect with others, which can lead to more cooperation and collaboration on projects, and have access to a plethora of platforms to showcase their work. It’s never been easier to have your work seen by others, be it through self publishing on Amazon, selling your wares on Shopify, or fundraising on Kickstarter. The barriers to entry are dissolving, which is making it easier for people to pursue their creative passions and I think that’s a very good development as it creates more opportunity for more people.

The downside I think is our eroding attention. We have become so addicted to a constant stream of notifications and pings and interruptions that we are weakening the very thing we need to be able to come up with ideas in the first place: our ability to focus deeply on one task and ignore distractions.

Secondly, I worry that our society pressures us too much into chasing productivity for productivity’s sake.

We are constantly obsessed with proving that every single minute of our day is ‘creating value’ and in that situation we are robbing ourselves of another critical element of creativity: unstructured time where we can play, experiment and explore. You can’t expect to come up with good ideas if you can’t put your phone down for ten seconds and are so over-scheduled that you don’t have a moment to spare.

My point in writing my next book Hustle and Float was in showing that this isn’t all our fault – that we as individuals are bending to the pressures of society that have been transmitted to us socially and culturally over the last several hundred years. We have very specific beliefs in our contemporary work culture about the types of behaviours that embody success (lack of sleep, hustling, working non stop), and those ideologies are not so easy to push aside in favour of a quiet afternoon sketching or playing.

I think we have to start having frank conversations about these hidden forces, because all the frameworks, and suggestions to meditate, and digital detoxes aren’t going to provide long lasting impact unless we unpack the real core of our attitudes around work: our beliefs and our historical legacy around how these ideas shape the way we view ourselves and our work.

« Brand health – how is yours affecting customer equity?Here’s how much data you need to start personalising online video (it’s not as much as you think) »