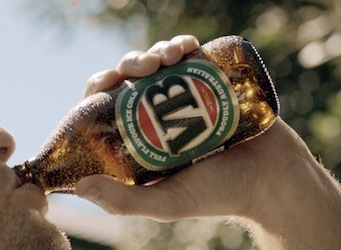 Recently, the advertising regulator has made what have been called ‘landmark decisions’ relating to the use of Facebook by two prominent alcohol brands.

Two weeks ago, the Advertising Standards Bureau (ASB) found that an advertiser’s Facebook site is a marketing communication tool and therefore falls under the industry’s self-regulatory code of ethics.

The ASB decided that “the Code applies to the content generated by the page creator as well as material or comments posted by users or friends”.

ASB’s decisions created debate in the media and on industry forums, with some arguing that stricter monitoring of Facebook pages by brands was against the ‘spirit of social media’ and ‘commercially unviable’.

The decisions come in response to a submission that we made regarding the Facebook pages of Smirnoff and Victoria Bitter (VB).

We had monitored the use of Facebook by several Australian alcohol brands since late 2010. Alcohol brands use Facebook to acquire and interact with an audience using competitions, prompting discussions, and uploading photos.

Smirnoff appeared to be using photographs taken in venues to create thousands of micro-advertisements that could be disseminated in the peer networks of Facebook via tags, likes, and comments. VB appeared to be ‘prompting’ Facebook fans to say things that most ‘politically correct’ mainstream brands wouldn’t say.

VB asked fans to submit Australia day photos; one photo featuring three young men with no shirts on prompted fans to say they were “gay as fuckin aids” and “bloody poofs vb in front of yas and ya drinking fag drinks”.

VB argued that user comments on a Facebook group are not advertisements but “statements of personal preference”. VB considered the tone of the page to be ‘tongue in cheek and ironic’. They argued that this tone was “consistent with the overall tone” of Facebook, the internet generally, VB and mainstream beer marketing.

On this basis, they claimed it was “beyond doubt” that statements such as “women should be chained 2 da kitchen! Lmfao” are ironic and humorous, and therefore not discriminatory or vilifying to anyone in the community. The ASB disagreed.

The Alcohol Beverage Advertising Code (ABAC) found that the advertiser’s posts alone weren’t in breach of the code, but when read together with the user comments do “suggest that excessive consumption of alcohol is acceptable and is encouraged”.

This aspect of the decision has been mostly overlooked so far. What we found in our research is that VB’s use of the page consistently stimulated discussions of this nature. We did not trawl through the page looking for erroneous or one-off comments to complain about.

The brand would consistently prompt users to say things that it could not explicitly say in traditional advertising and to incorporate the brand into the mediation of an identity that glorified alcohol consumption.

We agree with VB’s argument that the conversations on the Facebook page were just like conversations you might hear in a “pub in Glen Waverley or Subiaco or Wallsend or Kiribilli”. VB drinkers probably say all sorts of colourful things to each other at the pub on a Saturday night – maybe even in an ironic way – and they should be free to say and think what they like.

When a user ‘likes’ a brand post, or expresses a view in a comment on a brand page, they push the brand out into their peer network attached to their own identity. For VB to claim that user comments aren’t advertisements is to suggest that they don’t create value for the brand.

That is either a surprising or convenient misunderstanding of how Facebook works. The activity unfolding on the VB page wasn’t dialogue or conversation; it was the strategic use of cultural practices, identities and social networks to create brand value.

A similar argument can be made with regard to the second social media related ruling made by the ASB and ABAC. The ABAC code states that advertisements must not “have a strong or evident appeal to children and adolescents and, accordingly: adults appearing in advertisements must be over 25 years of age and be clearly depicted as adults”.

Smirnoff systematically uploaded thousands of photographs that depicted people mostly under 25 enjoying consuming alcohol in nightclubs and music festivals. One of the claims Smirnoff made about these images was that they did not constitute ‘paid advertising’.

While Smirnoff didn’t buy media space to upload the images, they did purchase sponsorships of the festivals, where they produce hundreds of images of punters for their Facebook pages. Smirnoff want to embed their brand into the way young people mediate their experience of music festivals and nightlife online. They pay the music festivals for that access.

Like VB’s claim that the user comments were “statements of personal preference”, Smirnoff claimed that the photographs were uploaded for the “benefit of those in the photographs” and that for this reason, they are not advertising material.

With several thousand images online, each time a fan tags, likes or comments an image, it pushes that image out into the news feeds of their hundreds of friends. These images have a targeted and promotional character. They embed the brand within the mediation of nightlife on Facebook.

Following the ABAC decision, Smirnoff removed all of the images. In doing so, they didn’t just remove representations of drinking culture that contravened the ABAC code; more importantly, they dismantled the social networks that each of those images held in place through likes, tags and comments.

These decisions don’t amount to censorship of users. Users are free to say all of these things on Facebook pages. What the decision does is enforce the moderation that advertisers have already agreed to in their self-regulatory code.

Perhaps the most profound aspect of these decisions is the shift in what the regulator considers an advertisement to be. An advertisement isn’t just a purposefully constructed representation that brands create and control that contains explicit promotional meanings.

An advertisement is now also a text that functions as a device for assembling an online social network around the brand. Brands bear some responsibility for the conversations and mediations of everyday life that they stimulate and amplify online.

« Food Wars: what the hell are you going to do when you’re caught in the middle?The next step for retail in Australia »