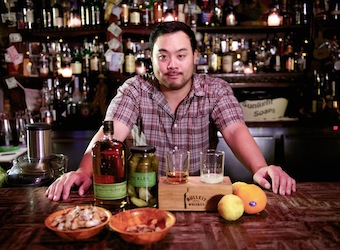 To mark the arrival of Bulleit Rye in Australia, Diageo Australia tasked One Green Bean with making Bulleit Whiskey the next hot independent whiskey brand.

At the time, bars around the country were in the midst of a rye whiskey shortage. A surge in the popularity of classic cocktails such as the Manhattan and the Old Fashioned was happening, and they all called for rye. But, as a great rye takes a minimum of four years to age and no one had predicted this resurgence, there was a supply shortage.

To cement the positioning of Bulleit Whiskey as a premium, independent bourbon brand, we needed to elevate the emerging trend of American whiskey and downplay the association with the mainstream. Bulleit Rye presented the perfect opportunity to do this, as it is a highly respected whiskey among the world’s best mixologists. Rye was highly anticipated by the trade and would serve to elevate the Bulleit Whiskey brand by association.

It was imperative for Bulleit Whiskey to first be embraced by the most independent among the target audience of 18 to 40-year-old men.

Harnessing consumer and trade research findings around the shift in sentiment around America and the appetite for spirited conversation, One Green Bean developed an idea that celebrated the dialogue and discourse of independent thinkers, spearheaded by renegade American chef David Chang of Momofuku fame. It allowed Bulleit Whiskey to play at the frontier of these independent thinkers on both sides of the bar, giving them the spirit to speak easy. 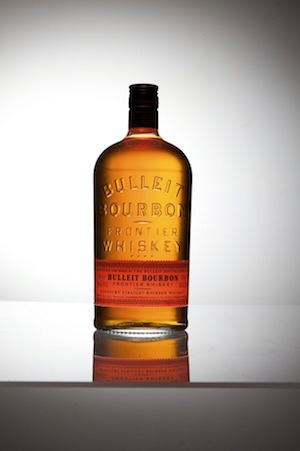 Diageo Australia’s core objectives were to:

Knowing the campaign needed to allow Bulleit Whiskey to first be embraced by the most independent among the target audience, who are cynical towards traditional marketing and notoriously hard to reach, the idea tapped into a number of cultural trends that resonated with them.

1. There was a shift in sentiment towards America. From a return to soul food and diner culture, to TV shows that celebrated key eras, America had become cool again. This Americana effect had trickled down to the small bar culture in Australia.

2. The resurgence of classic cocktails.

3. Popular TV shows such as Mad Men and Boardwalk Empire, where the show’s characters shared provocative thoughts and spirited barbs over a whiskey, revealed there was an appetite for spirited conversation among our target audience.

4. The current era of the independent, renegade chef.

These four cultural trends were leveraged to deliver a compelling campaign idea for Bulleit Whiskey that resonated with influential bartenders, media and independent consumers alike.

The idea was the Bulleit Speak Easy Series: a series of consumer events within a selection of bars (‘Bulleit Holes’) in Sydney, allowing discerning Australians to come together for a spirited conversation over a whiskey.

The series was a celebration of the dialogue and discourse of independent thinkers. To launch, Bulleit Whiskey collaborated with two independent thinkers at the frontier of their industries: outspoken whiskey aficionado, Momofuku’s founder David Chang, and Sydney DJ and party host, Andrew Levins, who also runs The Dip, a shrine to American diner food.

The Speak Easy launch event, held at The Carrington in Sydney’s Surry Hills, saw Chang and Levins discuss a number of topical issues, sharing opinions and anecdotes to bring the spirit of good old-fashioned conversation to life in front of a packed audience of media and influencers.

Furthering the collaboration and ensuring that the liquid was at the forefront of the campaign, David Chang created an exclusive drink, developing an evolution of the humble Pickleback, taking on the citrus flavours of classic whiskey cocktails. 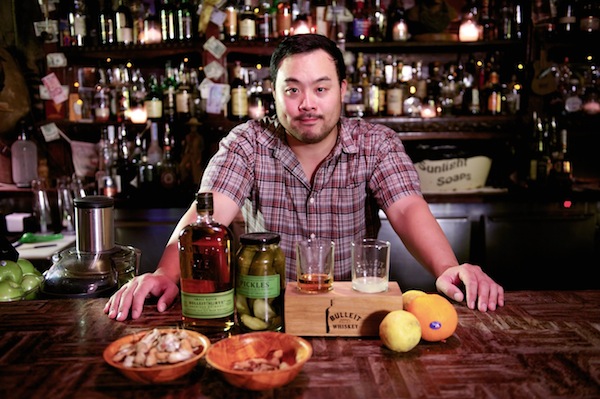 The launch event placed Bulleit Whiskey at the frontier of the whiskey movement. With the service of pre-batched whiskey cocktails, Picklebacks served in bull skulls, life-size taxidermy, fried chicken and pulled-pork sliders, Bulleit Whiskey firmly reframed American whiskey in the minds of Australian independent thinkers through theatre and ritual.

Following the launch, Levins went on to host the Bulleit Whiskey Speak Easy Series at various locations around Sydney. Celebrating the spirit of good conversation in some of Sydney’s independent small bars, the series saw Levins play a live DJ set before making his way around the bar, shouting patrons a Bulleit Whiskey and shooting the breeze, fuelling the spirit of good old-fashioned conversation over a whiskey. A media partnership with FBi Radio also ensured the message was reaching the right consumers.

Chang also shared his drink with a selection of bartenders from some of Australia’s best small bars at a ‘Pickling Academy’ at Shady Pines, ensuring the trade was given ‘insider’ access to the drink before it was launched to the masses.

The influencer strategy that underpinned the launch ensured that media, bartenders and influential independent consumers were engaged in a targeted manner, allowing each of them to discover the brand.

Chang’s media appeal was leveraged in a variety of ways during his Sydney visit.

In the quarter of the campaign rollout, Bulleit Whiskey was the fastest growing American whiskey trademark, enjoying a 165% growth over the previous year.

The campaign was covered in mainstream media outlets and, more importantly, it was picked up in the niche, highly discerning media, ensuring the message was reaching the right consumers, and communicating the key message that Bulleit Whiskey is an independent brand for independent thinkers.