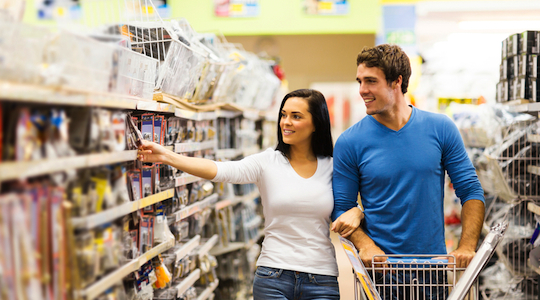 The new sharing sector will have a significant impact on society, as consumers and business move away from private ownership of assets to sharing assets, write Marion Steel and Neha Bajaj of RMIT University. 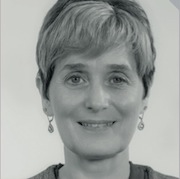 Imagine a young couple standing in the aisle at a major hardware chain trying to choose which tools to buy for use at home on a few routine maintenance jobs. They stand there lost in confusion, staring at brands they don’t recognise and a range of prices that don’t provide any insights. At that moment, a neighbour walks past and asks what they are looking for. As the young couple explain their dilemma, the neighbour breaks into a smile and suggests they try Openshed.com.au, a sharing platform where neighbours lend and share tools among each other. The young couple follow the neighbour out of the store, smiling with 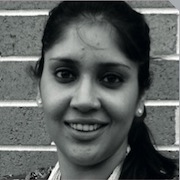 relief. At last, a solution they can understand.

This small event is typical of a groundswell movement that is allowing consumers to move away from standard retail channels, both bricks and mortar and online, and known consumption patterns. A recent review of Australian websites shows over 55 active sites dedicated to sharing, swapping, lending or consumers collaborating on service consumption. These sites vary from local services such as babysitting, lending and borrowing household tools

, to national sites for house swaps for holidays. Other products and services that have been involved in this move towards shared consumption include clothes, fashion accessories, gardening, homegrown vegetables, toys, car parking, holiday accommodation, tourist travel and books. The idea is that people with similar values and intentions connect and share resources and value, and in the process create a sharing environment that is seen by proponents as adding the additional value that cannot be obtained from traditional consumption habits.

There are 236 planned swap meets for 2015 across Australia, including speciality meets such as those dedicated to automotive parts and cars or collectibles, regional swap meets and fundraising swap meets organised by not-for-profit organisations such as Little Athletics clubs. The Garage Sale Trail, an annual event that allows those holding garage sales to link up in an event-style scenario attracted 350,000 visitors in 2014, a 100 percent increase from 2012. Support by local councils to encourage recycling, combined with a consumer shift towards less retail consumption and greater community interaction has seen this movement double in size in three years and attract overseas attention.

Other platforms such as GoGet purchase and provide access to cars for members, a form of consumption that equates to shared ownership, and fits somewhere between personal ownership and rental. Current estimates are difficult to establish, but the standalone car share sites such GoGet and GreenShareCar have over 55,000 members between them, while carpool sites such as Car Next Door are showing growth rates of 100 percent per year in the last two years.

So why are we seeing the rise of shared consumption and usage in a sector where Australians have traditionally been avid car owners? Based on recent statistics, the percentage of young people gaining licences or buying cars has fallen compared to previous decades, showing a distinct change in ownership patterns for cars. This demographic of 18- to 30-year-olds is moving towards the use of public transport, and alternative transport modes with shared car use or shared car rides on the increase, and the number of licences and learners permits issued reducing slightly. They are less likely to see the first car purchase as the rite of passage perceived by their parents and are more likely to allocate their money towards experiences such as overseas trips. The changed priorities are coinciding with a move towards higher density living, forecast to double between 2006 and 2021, and increased costs of ownership.

However, it is not only restricted to consumers, and the major car share platforms are responding to business demand by recently opening up business membership. So far only one major rental company in Australia has responded to this groundswell movement and that is Flexicar, owned by Hertz.

Forbes forecasts that the revenue flowing through the ‘share economy’ will reach US$565 billion globally this year with a further 10 percent in growth in the next three years. This growth and valuation has led economists to predict that, according to the European Commission,

the new sharing sector will have a significant impact on society, as consumers and business move away from private ownership of assets to sharing assets.

A number of trends have been identified that may be contributing to this growth of shared consumption. The car and house purchase statistics are showing that younger demographics are actively moving away from buying cars and houses and are more likely to see long-term home rental and car sharing as viable lifestyle options. One of the longer-term financial impacts of the 2008 GFC (global financial crisis) is the focus on more efficient spending patterns, leading to consumers and businesses sharing or borrowing instead of purchasing where possible.

Increasing internet access has helped fuel this growth, combined with social media channels that are easier to use. Recent research highlights that information released onto digital platforms spreads like a virus, diffusing in multiple directions simultaneously, and the speed of diffusion increases as it moves from the starting point. This increase in information spread is due to the ‘six degrees of separation’ phenomenon, as we see that networks start to show significant overlap at the three degrees of separation level, which acts to reinforce messages and content.

Imagine the information about a site on shared car use falling like a droplet into a pond. The information rapidly finds interested people because the spread is occurring in all directions at once. As people start to pick up the information, the message is intensified and passed on even more quickly.

A psychological need to connect with others in meaningful ways may also be driving this move towards shared consumption and away from traditional purchase and ownership patterns. Part of the trend may include sections of the population who deliberately restrict their consumption to basic requirements and actively aim to be become non-consumers of branded or marketed items. The creation of identity through the use of social media may also be lessening the need to create identity through conspicuous consumption.

The idea of sharing goods and services is not new, and many of us can trace the use of borrowed tools, hand-me- down clothes and shared babysitting duties back to our parents and grandparents. This is the first time, however, we have seen a concerted shift in consumption patterns that has little to do with marketing or retail accessibility. Although total numbers of participants appear to be less than five percent of the population at the moment, the growth is phenomenal in the online shared consumption platforms, the swap meets and garage sale activities, and the company-owned shared asset sites such as GoGet.

If we ask where consumers are going, they are taking the consumption model into their own hands and controlling when, how and why. Every weekend, somewhere in Australia, consumers are getting together face to face to share goods, services and stories. Sometimes the big waves start off as a gentle swell, and traditional retail and online retail models may be under threat from the consumers themselves.

RMIT University is a Marketing content partner – a non-financial collaboration on content for the magazine and exclusive, money-can’t-buy benefits for Marketing Advantage Members. Click here for more information.