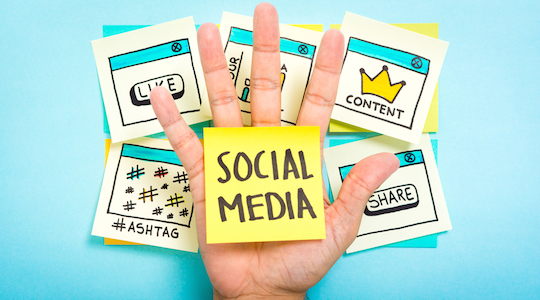 As Australians flock to social media, there is an enormous opportunity for marketers to connect with customers. Ryan Bonnici shares some tips for getting the most out of what you publish.

Social media has disrupted the way marketers connect with audiences. And that’s a good thing. The scale is bigger, the tone is more personal, and customer expectations are higher. But so too are the opportunities.

Yet, most companies vying for their attention still haven’t figured out how to leverage social platforms to create a personalised, relevant, and enjoyable experience. Businesses that don’t understand how to properly use social networks are paying the price.

According to a study by Conversocial, a provider of social customer service software, 32.5% of survey respondents said they were either neglected or ignored by companies on social media sites. Within that third of customers, 88.3% of customers were less likely to do business with that company again in the future.

When social media is used correctly, you can easily hook your followers with remarkable content, and shepherd them to your website where they become customers and evangelists. But if social media is crammed into your marketing playbook like an afterthought, you’re going to be the least popular company on the web.

Meaningful engagement in social media lies in tactful and targeted content. Here are six pieces of advice on how to use social media marketing to grow your audience and keep them engaged, interested, and loyal.

The key to social media content is to show, not tell. Audiences prefer engaging with visual content over text any day – and this is backed up by science: did you know that visuals are processed 60,000 times faster than text?

Instead of writing a novel into customers’ news feeds, grab their attention with a snappy infographic, graphic design, or even a picture from your phone’s camera. The faster people see it, they faster they share it, and the more users see your content. Kikki.K’s Instagram is a great example of the power of pictures – while you’d never guess that a stationary supply company’s social media presence could be eye-catching, the simple and beautiful design of photos on their feed will keep you endlessly scrolling through for more.

Luckily for us, it’s easier than ever to share visual content thanks to free design tools like Canva and seamless embed options on social platforms. For marketers, a picture really is worth a thousand words – so share accordingly.

2. Steal the show, or at least the second act

While every marketer probably wants to create something that goes viral, there is no ‘viral button’ – sometimes it’s hard to tell what content you produce will make it big. So how else are marketers supposed to get famous on the Internet? Cue newsjacking. Instead of trying to reinvent the wheel with your own tweets, piggyback on existing headlines and trends, and ride on the successes of others.

A great example of newsjacking was when ANZ Australia used Sydney’s Gay and Lesbian Mardi Gras to publicize their own GAYTM (gay ATM) campaign, as described in this tweet:

#GAYTM’s are painting the town for @sydneymardigras. Watch how they came together #diversity #inclusion #respect https://t.co/pN9LBIgwy6

The ATM makeovers turned heads around the city, and the use of “#GAYTM” garnered thousands of Twitter and Instagram posts. The caveat to newsjacking is that consumers can be sensitive about brands attaching their name to certain trends and events, and you don’t want to be perceived as thoughtless or unsympathetic.

Even though there are benefits to being the first to attach yourself to a news story, you still have to take time to assess your commentary from every angle to make sure you’re being appropriate. And authentic. For instance, one British law firm recently used a roller coaster accident to promote their business in a tweet, which drew a lot of criticism, naturally. Even though they specialise in personal injury, people thought it was inappropriate for the firm to make jokes about an accident that seriously injured several people in order to promote their brand. Rightly so.

While there is a fine line between free exposure and offending your followers, when used correctly, newsjacking can really give your brand some traction. So just remember to be careful: while marketing today is time-sensitive, you’d rather be late to the show than the one who shows poor taste.

Your social strategy shouldn’t be a one-size-fits-all approach. For example, a plurality of B2B marketers found LinkedIn to be the most useful platform, while the majority of B2C marketers consider Facebook to be paramount to success, according to Social Media Examiner. Invest in channels that best align with your audience’s interests, then experiment with the type, cadence and style of content that resonates most with your audience.

Find out what your audience likes and what they don’t, and adjust your strategy accordingly. Instead of publishing the same content to every channel (which people will find disingenuous), the best social media teams will create an array a different, personalised approach based on the platform and the message, and publish tailored content to each different platform.

4. (Really) listen to your customers!

In the old days, if a customer had a complaint about your product or service, they could tell their friends, family or even dial toll-free to complain. Today, consumers can share negative reviews with their entire network – and the searchable social web – through a simple click.

Unsurprisingly, 72% of customers who complain about a brand on social expect a response within an hour. But as I mentioned earlier, these customer are often lucky to get noticed at all, the majority of them will find someone else to do business with if a company ignores their feedback on social. Another way to make your customers feel special is to avoid making yourself the center of attention.

When in doubt, follow the 80/20 rule: 80% of what you share should be non-promotional content to delight customers, while 20% should be dedicated to informing followers about any new offerings or deals you may have. On social, it’s easy to mute brands that talk, but don’t listen – with a quick click, users can unfollow or remove your content from their feed for good. Listen to what your customers are saying, and make them the center of attention.

In an age where buyers are constantly bombarded with deals, promos and ‘lowest price’ taglines, your brand’s personality is crucial to stand out from the pack. On networks like Facebook and Twitter, corporate jargon and automated replies will send your audience running in the other direction, while brands that take a personal, approachable tact will be welcomed with open arms.

Even your LinkedIn should have a personal touch, and the content you post should be an invitation for conversation and collaboration.

For instance, Tourism Australia recently created a short film about Aboriginal tourism in order to challenge assumptions about the Aboriginal population. They used Twitter to share information about the film with followers, adding a human side to their brand.

You don’t need a big campaign to reach your followers on a human level, though. Check out this simple tweet by Telstra, which used the nostalgic imagery of rotary phones to start a conversation.

#tbt to when you could take the phone for a spin. Who else misses rotary phones? ???? pic.twitter.com/wyDdKLYEuP

Ultimately, building a community of brand advocates today isn’t about what you’re selling, it’s about what you’re saying. Luckily, the casual and candid nature of social media makes it easier than ever for us to talk to our audience… like actual humans.

6. Patience is a virtue

A social media program takes time to get going. At first, it may feel like you’re talking to yourself, but that’s an important part of building a foundation of content that your business can rely on in the future.

Content is the gift that keeps on giving. At HubSpot, we found that 90% of our monthly blog leads were generated from posts published outside of that month. While you won’t get 1 million followers overnight, you’ll never draw any crowd at all without a rich history of content for customers to absorb (unless you’re Warren Buffett).

Social media can be a big pill to swallow, especially for those who have traditionally pursued other methods of marketing. Nevertheless, CEOs of all industries are starting to move into the digital realm, and embracing everything social media has to offer. Just look at the CEO of ANZ Banking Group, Mike Smith: when he finally got onto the social media bandwagon and became a LinkedIn influencer, it was front-page news in the Financial Review.

Social is not just a passing fad; marketers, customers, and CEOs alike are all joining the movement. With a wide array of metrics to measure your own success, you can identify what works for each platform and tailor your strategy accordingly.

What are some other rules of social media that you try to follow? Tell us in the comments.

Ryan Bonnici is the Asia Pacific marketing director at HubSpot.

BY ON 24 September 2015
Ryan Bonnici leads marketing at HubSpot Asia Pacific and Japan. For more frequent updates, follow him on Twitter at @ryanbonnici.