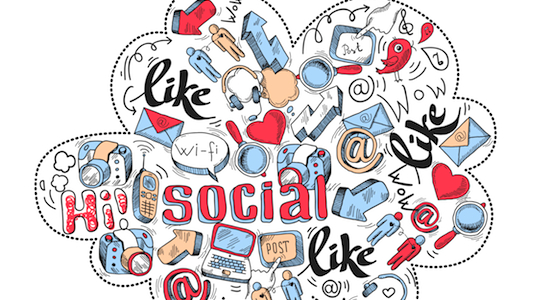 Chris Byrne writes that without a middle man, categories formerly dependent on traditional sales models can leverage social media an take better control of the customer experience. But how can marketers reconcile the conflicting reports on social media’s effectiveness in sales?

This article is an excerpt from the Marketing trend briefing, ‘Social commerce: Leveraging social media to influence sales’. This piece forms a small part of the extended feature article within the report, which also includes expert opinion pieces from Stackla, Etsy and Twitter, as well as a debate, an infographic and much more such as bonus slides and an audio version. Download the full report here.

When social media burst on to the scene, it promised to be a conversion firebrand for retailers. Early success stories fuelled the hype, but it wasn’t long before consumers wised up and cut-through plummeted. Brand-owned social content didn’t prove to be the driver of traffic and conversions marketers had hoped.

In fact, a recent study by Forrester concluded that social media has a “barely negligible” impact on sales for online retailers. The analyst firm’s ‘Purchase Path Of Online buyers’ report, which tracked 77,000 purchases to identify the most fruitful sources of sales, found that only 1% of sales came from links placed in social media.

The study found, “even the most popular social image-sharing sites (like Pinterest) have failed to move the needle with respect to sales for most retail sites.”

Social media was described as a slow-burn tactic, more likely to play a role in the influence chain when it involved multiple touch points.

In contrast, other studies have found social commerce performs well, is highly valuable and can drive higher conversion rates than advertising. Speaking at an AIMIA event on the topic, internet entrepreneur Andrew McCarthy said it’s about finding the right people. “People who have strong affinities with certain interests are more likely to share and more likely to be influential when sharing about that interest,” McCarthy said.

The conversion debate is usually focused on brand-generated content, which is not the best place to position sales messages, according to McKinsey’s Sahil Merchant. “Don’t expect a massive engagement rate on sales messages,” he warns. “Stepping from a social mindset to consumption mindset isn’t a natural transition [on social media]. The problem with social media leading to conversion is that I’m in a social setting and when a brand message comes through for a consumption or commercial outcome it imposes on my social experience.”

Marketers can get tied down in conversion thinking when it comes to social commerce, and lose sight of the true power of user-generated content. Consumer behaviour theorists, like Malcolm Gladwell, talk about the law of the influential few who wield the power to make ideas popular – a theory of cumulative advantage where, under the right conditions, word of mouth can turn products or brands into social epidemics. The task for marketers becomes not just stimulating user-generated content, but stimulating content from the right people and amplifying that content through owned channels.

Shopping is, and always has been, a social undertaking. Opinions from friends and influencers play an integral role across all stages of the buying cycle whether the purchase occurs online or offline. Marketers are as reliant on consumers to be advocates as they are on them to be customers.

Marketing Magazine’s full trend briefing, ‘Social commerce: Leveraging social media to influence sales’, features an extended feature, opinion pieces from Stackla, Etsy and Twitter, as well as a debate, an infographic and much more such as bonus slides and an audio version. Check it out here in our resources library.

BY ON 26 March 2015
Chris Byrne used to be research editor of this publication, but now contributes from various locations. He also contributes to The Fetch and has been published in The Guardian, Sydney Morning Herald and The Age.
Tweet him @penseive