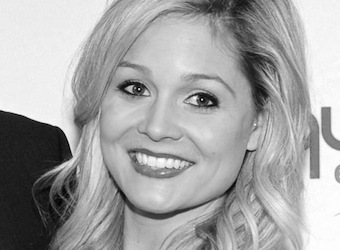 This guest post is by Lauren Harper, social marketing manager for Oracle Eloqua.

2013 was truly a social year. New social platforms continue to emerge, and budgets have swelled, as more companies are beginning to embrace social media presence. Three-quarters of businesses have a dedicated social media team.

It’s safe to say that Twitter isn’t just for discussing what you had for lunch for marketing professionals, as 93% of marketers claim to use social media for business. Twitter now boasts 232 million active users who send out 500 million tweets per day and it celebrated a successful IPO this year, as well as the launch of its video tool,  Vine. In Australia, Facebook continues to be the most popular social media platform, with 13 million users  (as of January 2014) or over half the population. Instagram also had a big year in 2013 with the introduction of video to the platform, as well as a supported paid advertising program. The rise of popularity of the picture and video-sending platform, Snapchat, indicates that pictures and videos offer an interesting future of marketing.

Taking in the lessons and trends of 2013, here are three areas where marketing should consider focusing social efforts in 2014:

1. Create a budget and strategy for social media advertising

Social advertising is also on the rise with an estimated $10.24 billion dollars spent in 2013. More and more companies are creating strategies for advertising on social media sites as well as larger portions of their budget. Twitter and Facebook are still the leading platforms for social advertising, but LinkedIn is becoming a more popular place to advertise as well. All three platforms have a wide range of options depending on your target audience and budget.

2. Customer experience is the name of the game in 2014

Social media has also created the need for customer service teams to get social. More and more consumers are taking to social media to air their grievances instead of calling customer support. In fact, 42% of customers who reach out to brands via social media expect a response in less than 60 minutes.

It’s also been reported, however, that 80% of customer service inquiries posted on social media go unanswered. Because of this, it’s becoming more important for companies to create an integrated social media strategy that includes all aspects of the business, from sales to customer service. With only 17% of companies saying their social strategy is mature, it’s clear that there’s still a significant learning curve for organisations.

‘It can’t be measured’ is a mantra that won’t fly in 2014. Traditionally social marketers have reported their number one complaint is not being able to effectively report on social media ROI. With the plethora of social media tools available today, marketers can glean all kinds of analytics, from number of mentions, to sentiment, to top influencers interacting with your content. The most important thing is to have a dedicated strategy around what you’re trying to achieve with social media, and choose the best technology that can assist you therein.

I look forward to what 2014 bring for social media marketing.

Lauren Harper is the social marketing manager for Oracle Eloqua. She’s passionate about community and social media management. Follow her on Twitter at @LaurenEHarper

« Australian Privacy Principles are here: advice for your next email marketing campaignAugmented Reality: why gimmicks aren’t forever and how AR is pushing envelopes around the world »