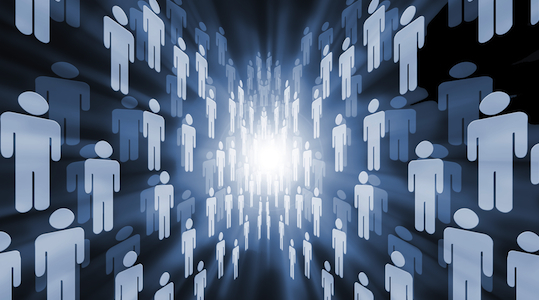 Caroline Regidor, First Degree PR managing director, considers what social media means for privacy and security; and why some choose to switch off completely.

“You hate bloggers. You mock Twitter. You don’t even have a Facebook page. You’re the one who doesn’t exist. You’re doing this because you’re scared to death, like the rest of us, that you don’t matter and, you know what, you’re right.”

This is a quote from Birdman, my pick for best picture at the Oscars (I was right). Hands down the cleverest, best executed film I have seen this decade.

For those who have yet to watch it, go. Now! And to put the quote into context, it’s from a tense scene when the protagonist, Riggan, an ageing actor who wants to leave a legacy behind via a vanity project, is told by his daughter that he is no longer relevant. The world has moved on and he’s been left behind.

As someone who has to be on social media for work purposes, it’s compulsory to at least have a Facebook account, send the occasional tweet and network on LinkedIn. And of course I blog.

Still, there are people among us who choose to not share on social media. They get by without watching the rolling tedium of updates from friends on what they ate for breakfast, what their kids did at school, where their dogs walked and how organic/yogic/sustainable their lifestyles are. These people don’t know what they’re missing. (Oh, the one-upmanship on social media! But that’s for another blog post.)

Seriously though, on the downside, since being on social media is the default in this day and age, if you’re not on it, you may be considered, well… a little odd.

At a recent event for a client, F-Secure, I was chatting with one of the panelists, a tech expert, about privacy and social media. As an employer, would you hire someone who is not on social media? For me, I presume innocence – this person wants to remain private. To each her own.

The tech expert takes a dimmer view of people without a social media presence: What does that person have to hide? Is she normal?

What’s more is that, soon enough, even if you are on Facebook, a prospective employer may not buy a well-curated profile that portrays an upstanding citizen without any slightly incriminating photos. The absence of boozy party pics on Facebook can indicate a tendency to be uptight and unsociable.

For those of you who have had to recruit people, how much significance do you place on the results of social media searches? Do you conduct them in the first place?

Existential crises aside, there are more immediate privacy concerns around internet use that should make you think twice about posting on social media at 3am after too many vodkas, or expressing political dissent online.

Another Oscar winner was Citizenfour, for best documentary. It’s about Edward Snowden’s revelations about the United States’ National Security Agency spying on its citizens. Which brings me back to one of the most chilling statements made by the keynote speaker at the F-Secure event, chief research officer, Mikko Hypponen: “The biggest surprise I’ve seen during the last 24 years with computer security is the fact that one of our enemies turns out to be our own government.”

As if on cue, at the event, a journalist from the Guardian revealed to Mikko that he is on the GCHQ’s watchlist of security experts and hackers, which was published in an online article just that morning. Timing is everything. (The Government Communications Headquarters is a British cryptography and intelligence agency that shares intel with its other Western counterparts such as the NSA.)

Forget existential crises and annoying over-sharers. Privacy is the biggest issue when it comes to social media. I may not hire people who are not on social media but I respect their choice to stay disconnected considering what governments (not just ours but foreign governments as well) can access.

Metadata retention, anti-terror and privacy laws are continuing to evolve, in Australia and elsewhere, and if you want to err on the side of caution, fine by me. It’s OK, I won’t think you’re paranoid.

BY ON 23 March 2015
Caroline Regidor is managing director of First Degree PR. Caroline has over a decade's experience working within the media industry and providing comms advice to leading corporates such as the Commonwealth Bank, Colonial First State, Baulderstone (part of the Lend Lease Group) and Gadens Lawyers.

« Internet of Things: Building digital bridges in a connected worldLook behind the supply chain curtain to avoid a Nanna’s frozen berry issue »