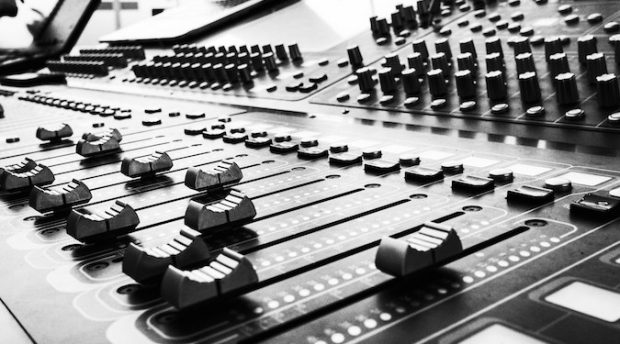 Marketing speaks with Omny Studio CEO Sharon Taylor about what’s next for audio and why audio-first companies will enjoy an engaged audience of consumers today and into the future.

After noticing the growing trend of on-demand video, enterprise podcasting service Omny Studio recognised that audio behaviours were changing, and began helping large radio networks move into the on-demand space. “Almost by accident,” recalls CEO Sharon Taylor, “we had built this really powerful audio CMS (content management system) on the side of our radio capture tools.

“We said, ‘oh, podcasting’s going to be a thing, let’s go after podcasting as well!”

In the streaming and on-demand space, today Omny Studio works with big networks and brands around the world, guiding them through the evolving world of audio. It offers services including podcast hosting, radio broadcast capture, publishing, sharing, editing, analytics and monetisation of audio assets.

In Australia alone, it has worked with the likes of TripleM, CrownBet, Mamamia, Macquarie Media and Seven West Media.

Marketing hears from Taylor about the future of audio, changes in how it’s consumed, technology and just what it takes to develop and derive value from an audio-first company.

Marketing: What has been the biggest change you’ve seen in audio consumption habits? What caused it? 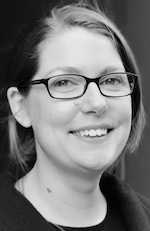 Sharon Taylor: What you saw with TV and video is now happening in music and spoken word. It’s the on-demand mindset. It’s this principle of ‘I’m time-poor, and I want the ultimate in convenience, and I want to pick and choose what I listen to’.

Marry that with the rise of the smartphone and data plans getting bigger and better. I have 60GB of data on my phone, I wouldn’t know what to do with it if I tried. On-demand video – YouTube, Netflix and Hulu – all these huge companies disrupted traditional media because they saw what viewers wanted in terms of content and ease.

That’s happening in audio now. Digital-first media consumption around the world has been there for the last five or six years, but it’s this crazy space now where everyone’s going ‘oh god, we’ve got to figure it out now or else something could go really wrong.’

I know that I should say it’s the tech driving the consumption, but it’s not. Anyone could build the best tech out there to change behaviours, but the truth is – unless you have billions of daily users like Facebook and WhatsApp – it’s very hard to do that.

It’s the consumers driving this. We’re leveraging the fact that it happened in TV and video. There’s a reason Netflix is so successful. There’s a lot of fast followers to Netflix like Stan, Hulu and Amazon Prime. It was inevitable that audio would go the same way.

Obviously, the more complicated answer is ‘who’s leading who?’ Tech is influencing consumer patterns. Smart speakers are going to change the ways people interact with content in audio form. You don’t wake up in the morning and think one day ‘I’d love to speak to a robot in my house,’ you know?

It was the tech that did that, as opposed to the consumer. But it was the consumer’s need for as much content and information in the most seamless way possible that made Amazon and Google want to build things in the first place.

It’s kind of chicken and egg. You could argue either way.

What does audio-first mean to you, and why is it important?

Audio, as a medium, is one of the most powerful for a couple of reasons. Now, I’m not a scientist; but I know that the human brain processes audio into emotions faster than anything else. We can form connections with audio before we process sight.

It’s an incredibly powerful medium that’s able to elicit emotional responses in listeners. You’ve got the added bonus that it is a multitasking medium. The world isn’t getting slower. The world is getting faster. Almost too fast.

I can catch up on news by listening to a podcast or audio briefing on my phone on the way to work. I can engage with a brand in a way that I choose, on my terms. It’s all about convenience. Audio has that power. I can give all of my attention to audio and still be interacting with the world around me and looking where I’m going.

Whereas, if I want to watch a video, that’s all I can do. I can’t multitask. I can’t achieve more than one thing at a time. If I’m in the kitchen cooking, it’s much better to be listening to instructions step-by-step as opposed to having to watch something on an iPad or read a recipe.

Two or three years ago Gary Vaynerchuk said audio was going to be the next big thing, because it’s about giving people back time and it’s about the convenience and the experiences that you can foster with it.

Someone that understands what their listener wants. I work with a lot of audio companies that think that catch-up radio or time-shifting their whole show – or TV networks doing an audio catch-up version of a TV series – is enough.

Those are good entry points, but the conversational interfaces of smart speakers, the way that people interact with short form content compared with sitting and listening to an hour of a TV show? They’re really different.

The companies that are getting it right understand who their consumers are and ask them what they want, then deliver it; as opposed to trying to shove their square content strategy into a round hole.

What opportunities will the future of audio present for monetisation and gathering data?

The monetisation side of things? What marketers want is the ability to target very specific groups of people – that will come. With players like Google and Amazon in the space, there’s no chance that they won’t build out some amazing ad options.

Amazon’s all about selling goods over its smart speaker system, so marketers will have a pretty good experience in maybe the next 12 to 18 months in terms of the data they can pull out and the targeting that they can do at that level as well.

Then you’ve got the terrifying stuff, which I should be excited about. Google and Amazon are building emotional AI into the platform. They can hear when you’re stressed. They can better cultivate a listening experience for you. There’s a lot of data that will come in time, in a very – hopefully – measured way. I guess they want to be able to say, ‘You can get all the data and you can target all of your different ads.’

And there are companies out there that are doing that – there’s a company called A Million Ads in San Francisco, actually, run by a guy called Steve Dunlop. It creates hundreds of different variations of ads. It integrates with Spotify to do different creative types. It is targeting at a user level.

If you can make ad copy more relevant, then skipping doesn’t happen, and people choose to engage with it. This is also one of the big benefits of podcasting.

How can non-audio-first companies understand trends and enter the space?

They have to think about whether they actually want to. A lot of people think about audio as a Kevin Costner, Field of Dreams’ ‘If you build it, they will come’ kind of mentality.

‘I’ll just make a podcast and someone will find it!’

‘I’ll just do an audio briefing and someone will find it!’

There’s a genuine opportunity to enter the space. There are some pretty big brands doing some exciting stuff. Domino’s built a voice-first experience for ordering a pizza and tracking it online, and has moved it out of a mobile phone app-based experience to an engaging audio experience, which is pretty cool.

A lot of people around the world are doing cool stuff and trying to get visibility on smart speakers so they can be part of someone’s integral routine.

There’s only space for a couple of brands – maybe three or four – to be front and centre on that. But the thing that brands need to think about is what they can offer a listener, and then from that pick and choose what they build, then double down hard on that.

There’s so much they could do. Branded podcasts are a huge thing at the moment. Brands advertise on podcasts because the podcast consumer is a very educated and savvy buyer.

Edison’s annual ‘Podcast Consumer’ report has, time after time, shown that the podcast listener is a well educated, affluent and engaged listener.

There’s a real opportunity. As opposed to radio or TV where the ads play in the background or a billboard where you just drive past and may not look at it – podcasting and on-demand content? People are choosing to engage with you. So, their buying ability and their desire to listen to what the hosts are selling them is markedly higher.

I think that’s the easiest entry point for marketers – to start playing in the podcasting ads space if they’re not going to make their own content for their brands.

People are making apps for speakers. Think about all the options available. Get some help and advice. Pick the thing that’s going to make the most money and get the most return from the end users, and double down on that.

Who knows what’s going to happen next?

There’s an ability for Alexa, in the middle of audio briefing or a podcast to do in-stream purchases, which means people can start selling concert tickets or books or anything about the content they’ve got and Alexa will let you purchase that at the same time.

There’s a lot of overlap. It’s the seamless, frictionless experience of audio. Halfway through someone talking, being able to say, ‘Hey Alexa, buy that’.

That’s so much easier than having to go to a website. All the personal data that the smart speaker will know about you, the things you like, the audio content you’ve consumed, the questions you’ve asked, eventually will lead towards the speaker suggesting things. ‘Hey, we thought you’d like X,’ making purchasing decisions a lot easier as well.