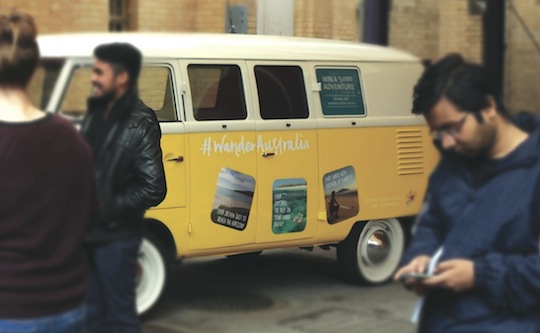 STA Travel influenced a 22% uplift in domestic travel sales with this campaign, which linked the brand to young Australians’ love of photography and social media. This case study with agency We Are Social goes through the campaign step-by-step.

Agency: We Are Social

Young Australians have been putting their homeland very far down their travel priority list. The allure of overseas locations combined with a limited of knowledge of Australia’s unique destinations has led to dwindling domestic travel numbers and the idea that local holidays lack the ‘social cachet’ of travelling abroad.

To change that perception, We Are Social created a socially-led campaign for STA Australia that encouraged young Australians to travel domestically and #WanderAustralia.

The campaign objectives were:

We Are Social developed the campaign based on the insight that young Australians find the thought of travelling in Australia a little boring and believe a domestic trip will not provide the same level of social currency (social bragging rights) they can get from an overseas holiday.

We Are Social recognised that tapping into the audience’s individuality and allowing them to take control of and personalise their intended Aussie experience would help to alter this perception.

To boost the social cache of domestic travel and to create a context that would illustrate an array of Australian travel experiences in a way that would resonate with the audience, the campaign made use of social media influencers popular with the audience.

The resulting #WanderAustralia campaign was developed as a way to showcase Australia in a way that would be representative of the target audience’s lifestyle and reflect their popular culture via the people that hold influence with them. 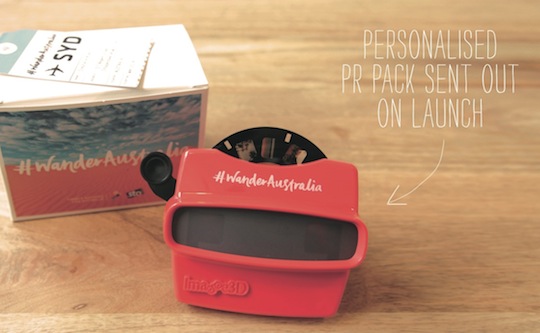 Nearly every marketing campaign these days contains a hashtag, but not many of them resonate with their intended audience. Many focus entirely on what the brand wants to talk about with little relevance to the wider audience. The essence of social media marketing is conversation – tapping into existing audience dialogue around topics that are of interest to them – therefore, in order to succeed, any use of hashtags in a campaign needs to be tied to the wider audience conversation.

By listening to how the target consumer group was already communicating and interacting in social, We Are Social developed insights into what made up that group’s popular culture. Listening to what they were already saying in social about the industry niche, the brand and competitors, revealed what brand themes might resonate with them. The goal here was to understand how to integrate the brand campaign with the pre-existing popular culture of the audience.

The #WanderAustralia hashtag was developed based on research that revealed a key audience insight – #wanderlust was the most popular term being used by young Australians in social media when talking about travel. We Are Social wanted the campaign hashtag to be fundamental to the audience and the campaign – to infiltrate popular culture by providing social currency when shared. In essence, We Are Social wanted to create a campaign that would help make the act of sharing Australian travels cool and to allow natural dialogue to flow around it.

Referencing the classic stereoscopic 3D viewer, a popular childhood toy originally created to promote travel, We Are Social created a unique digital #WanderAustralia viewer to showcase some of the best Australian travel photography. 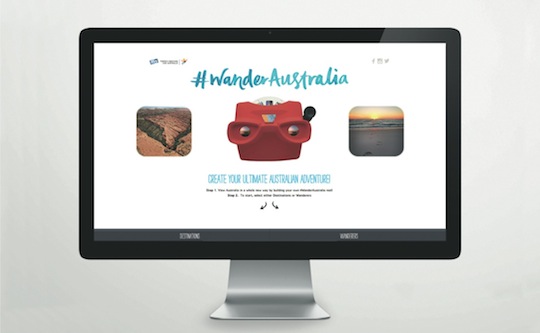 To kick-start the campaign, four of Australia’s most popular Instagrammers – @miannscalan, @matttully, @mrweekender and @loveassembly – were sent on bespoke holidays to key locations around Australia. They documented their trips on Instagram, introducing the #WanderAustralia hashtag to their followers. Their photos were regrammed from the STA Australia Instagram account as further teaser activity in the lead-up to the campaign.

The influencers were handpicked for their resonance with young Australians and their unique style, which helped reframe domestic travel to their followers and the wider STA Travel Australia audience. These images were then featured on the m-site along with images from Tourism Australia’s ‘Best Job in the World’ campaign.

Throughout the campaign, to increase salience around the #WanderAustralia hashtag, further peer-to-peer sharing of great Australian images was encouraged through an additional Instagram-based competition. Users who uploaded their own #WanderAustralia travel photographs to Instagram were eligible for the chance to win a real- life #WanderAustralia viewer and reel.

We Are Social knew that the audience loves sharing holiday photos on social media and so used that insight to advantage, boosting the social cachet of domestic travel in a way that resonated with the audience, via the people that hold social influence with them – proving that young Australians did indeed love to #WanderAustralia. 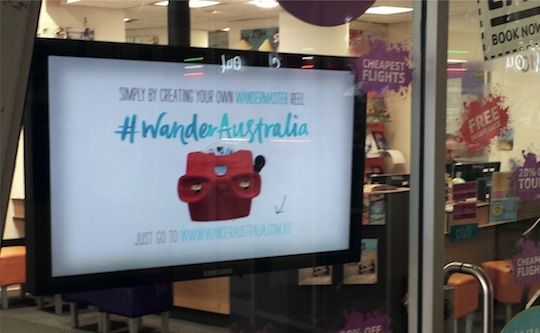