Stories of love, lost and found

Stories of love, lost and found 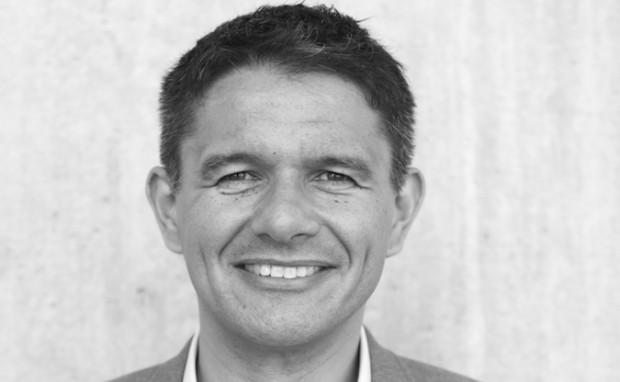 There are more than three billion hits on the word on Google, and yet love is but a word without the feeling and acts born from it, writes Steve Taitoko.

I doubt there is another word in the English language that evokes such a response. Storytellers of all kinds love love. Songs, books, poems, movies – most have an element of love, or loss of it. Wars fought, families and foes divided and reunited over love.

The Beatles say it’s all you need, and in the gay rights movement love is often referred to as a human right. So, for such a powerful word, how is it that we allow our most vulnerable children to exist without it?

Personally, I used to struggle with the term ‘disadvantaged youth.’ It felt it framed the issue in a negative light – but actually, there’s no other way to accurately describe these kids’ reality.

Daily, these young people battle homelessness, abuse, neglect, trauma, mental ill health, the foster care system and severe poverty. Exact statistics are hard to come by, but our estimation is that there are over 680,000 young people experiencing at least one of these forms of disadvantage in Australia right now – and that number is unfortunately on an upward trend.

Instead of being hardened by the stories of these young people and what they go through, we are inspired by the tales of redemption. Stories of restored hope and the promising futures many young people have carved for themselves, as a direct result of being reached by one of the youth charities with which we work.

We are reminded daily about love’s power to change young lives.

Something to believe in

The common theme that runs through is: believe in a young person and that’s all it takes to change their lives.

In other words, providing unconditional love will create an internal belief and sense of belonging so deep, that the child will drag themselves out of their situation.

One of my favourite thinkers, Simon Sinek – known mostly for his ‘Start with Why’ TED talks – says, “We are drawn to leaders and organisations that are good at communicating what they believe. Their ability to make us feel like we belong, to make us feel special, safe and not alone is part of what gives them the ability to inspire us.”

The marketing world is full of storytellers. As the dedicated industry foundation for the marketing industry, our single biggest weapon is our ability to tell the stories of these young people – so that our community can connect with the need for change, and how we can collectively solve the major social issues they are facing.

Creating an engagement model that effortlessly transfers our industry’s skills, talent and resources to achieve major social change is our mission. The encouraging shift we are seeing is a growing wave of industry professionals with a strong desire to bring meaning to their career by working for purpose.

From a practical point of view, creating cause related stories and content with authentic characters and messages is resonating with audiences. Look no further than the next award night. You will likely find cause-related and pro bono campaigns in every awards program, and increasingly – in every category. In fact, last year’s Grand Prix winner at the Media Federation Awards (MFA) was a social cause campaign, #laceitup, for one of our charities, Youth Off The Streets. With a total budget of $750, the campaign raised enough money for over 500 nights of shelter for youth and reached millions of people with its messaging.

Stories are powerful ways to connect to the problem. This is how our industry can and will make a difference.

Love and the power of belief

We hear countless stories of young people who have experienced things no young person should ever have to endure.

There’s one particular story I want to retell as it captures love at its essence in so many forms.

At a recent function for one of our charity partners – Batyr, which does amazing work with students to reduce the stigma of mental ill health – we met a family who had first hand-experience with depression.

Both parents and their two daughters were there. They were quite obviously a close family. The mother was asked to read an email she had sent to the CEO of Batyr weeks earlier.

She told of the troubles that her daughter – who was sitting on the floor in front of her as she read the email – had faced at school. She was being bullied, but had not spoken of it at home. She had been a bit withdrawn, but not to a point where her parents were concerned.

The mum told of how Batyr had recently visited her daughter’s school where a young person presented to the assembly his battle with mental illness and to send the message to these kids that, ‘It’s OK to not be OK.’ To seek help and not keep it hidden. Batyrs know that in a class of 30, 10 kids will have some form of mental ill health and only three will seek help.

The presenter began his talk by asking everyone to pull out their phones and enter a phone number under the name ‘final call.’ They were instructed that should they ever get to a point of no return and be about to take their own life, they should make that final call for their loved ones’ sake.

The daughter had purchased all the things necessary to take her life and one night had it all laid out in her bedroom preparing her final act. A thought sparked in her head as she was about to commit suicide – she picked up her phone and dialled ‘final call’.

The number was Lifeline and for 90 minutes she talked with a trained counsellor who convinced her to go downstairs and talk to her mother.

Her life was saved and the day we met them she had just sat her final HSC exam. The healing had begun and the family was still whole.

This story sits with me as I can only imagine the life this family would be living today if it wasn’t for the chain of events built from love. Love that collided to save that beautiful young girl. Or the love of the young man who put himself out in public to expose his demons at a school assembly, so that he could help the seven out of 10 teenagers that don’t seek help for fear of shame or ridicule. Or the love of the volunteer at Lifeline who sat with that girl for 90 minutes and talked her off the ledge.

Love can save the day

There may be over three billion hits on the word on Google, and yet love is but a word without the feeling and acts born from it. We are blessed to work within such a wealthy and powerful industry. Let’s use our combined resources, wrap them in a warm loving embrace and send them out to conquer the problems and barriers our young people face.

I believe this to be true. And I believe in our industry to make it so.

Marketing is proud to have UnLtd as its not-for-profit content partner. UnLtd is the only not-for-profit philanthropic foundation representing the media, marketing and advertising community, and aims to harness the wealth, talent and influence of the industry, and channel this to support the most creative and innovative organisations that work with at risk young people. Visit unltd.org.au to get involved.

To purchase a copy of The Love Issue or a subscription to Marketing, visit the shop

« Steal with prideRM Williams: inside the brand’s big plans to take ‘rugged elegance’ to the world »