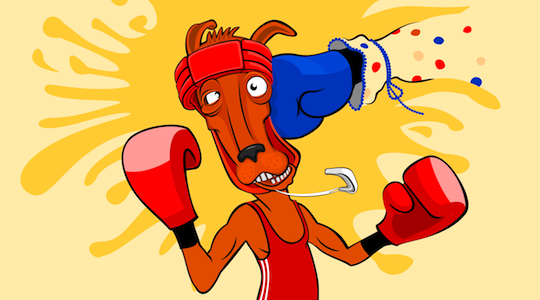 The latest research shows Aussie and Kiwi marketers lag behind the rest of the world in their optimism about their influence on strategy, writes James New. What’s gone wrong? 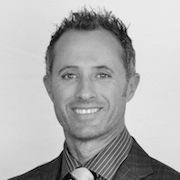 Australia has always been famed for its can-do attitude, and for good reason. This is the country that spawned Rupert Murdoch, Fred Hollows and Olivia Newton-John. We came up with the Hills Hoist, the box kite and the concept of pre-paid postage. We keep winning at the cricket. Well, most of the time. And many of our politicians have shown that just about anyone can make it to public office, irrespective of their ability. This is the land of the fair go, where everyone has been given an equal measure of the can-do gene.

Makes you feel deadset proud to be an Aussie, doesn’t it? Except, in the marketing world this in-bred optimism has gone walkabout. And the latest research by The Economist Intelligence Unit, commissioned by Marketo, has the proof.

When asked which areas of their business marketing will drive in a few years’ time, less than a third of the Aussie and Kiwi respondents said they’d be influencing corporate strategy. Compare that to half of all the respondents in the rest of the world. We were equally as down on ourselves when it came to influencing a company’s digital strategy. It seems marketers are content to be kept in their box, while overseas their counterparts are spreading their wings and driving change.

No worries. A can-do Aussie would see the problem and bone-up on it. Sadly, it’s not happening. With the emergence of marketing automation, ad-tech and the rise of the internet of things, data will be at the heart of marketing in a few years, if it isn’t already. Yet the research shows that while 45% of American respondents saw data analysis as something they needed to skill-up on, only 25% of ANZ respondents saw the need. Instead, almost a third of us want to develop advertising skills – compared to just 15% of those in the US and Canada.

Fair shake of the sauce bottle

Let’s not be too down on ourselves. The Economist research also asked marketers whether they thought business owners will treat marketing as a revenue driver in the next few years, rather than a cost centre. Almost three quarters of ANZ respondents strongly agreed that was the case. That’s a good thing, except it’s still a few percentage points less than the average across the rest of the world. Dammit.

Perhaps part of problem lies in our sales-driven culture. There’s nothing wrong with a focus on selling, except when it’s rendered in a culture of short-termism. For example, when asked what the term ‘engagement’ means, three quarters of ANZ marketers related it to customer renewals and repeat purchases. Very few related it to brand awareness. It’s a worldwide attitude, although overseas more respondents saw the connection – that greater engagement improves the reputation of a brand, which then helps to drive purchases and, in many cases, enables you to charge a premium.

This focus on sales, rather than margin, was reflected in another question. ANZ marketers were asked how they measured the impact of marketing. We led the field with the answer ‘customer acquisition’, whereas North Americans outnumbered us (almost two to one) with the smarter response: that they measured marketing based on revenue impact. Too smart by half.

It seems ANZ marketers are facing a crisis of confidence. The world is changing in exciting ways. Technology is helping talented individuals to build strong relationships with their customers, furthering demand and providing the insights that can help influence corporate strategy. This is the time marketers should be taking the bull by the horns and making a go of it. Many are, but the research seems to show that some aren’t having a bar of it.