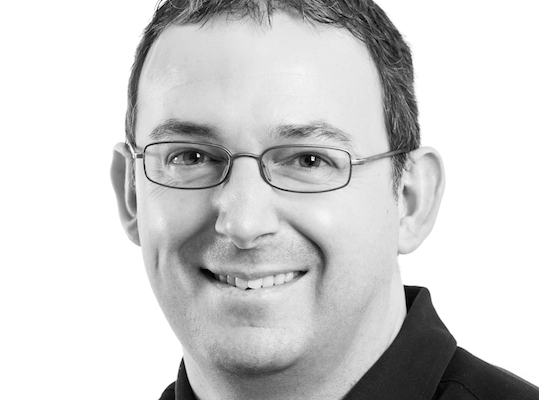 Grant LeQuesne of MEC provides a fast take for how social media played throughout the Super Bowl XLIX.

During this year’s Super Bowl, we saw brands build on past successes as well as test new solutions. Most of the action took place on Twitter, where brands live tweeted, engaged with other brands, and incentivized action from fans. However, notable brands tested with Instagram indicating its increasing importance in real time.

While McDonald’s was busy giving away everything advertised during the Super Bowl, other brands like Toyota and Coca-Cola went the emotional, sentimental route by offering personal with one-to-one messages. Which tactics proved successful?

6 key takeaways and their implications for marketers

Marketers should evaluate opportunities in Facebook and Instagram as there is less competition while still generating conversation volume. However, Twitter should remain an important part of the activation strategy to ensure visibility and relevance.

Instagram launched video ads in time for the Super Bowl, which attracted major best-in-class advertisers including Lowe’s, Dove, Pepsi and Coke. Although results of these investments are unknown, it is an indicator that Instagram has shown organic success for these brands in real-time opportunities.

The most talked about brands were those that lead with emotion, stimulating conversation based on shared values. Empowerment was an area of focus for some of the best-in-class this year, with numerous brands recognizing the important role of fathers. Brands are getting better at extending the conversation with hashtags by matching their TV spot with an ongoing conversation they carry on through social. Successful brands voiced their values by adding a layer of social onto all owned channels.

The most highly shared social posts were those of brands speaking to one another (e.g., Doritos, Southwest Airlines, etc.)

Brand-to-brand interactions still pay dividends. Whether planned, or in-the-moment, benefits can be gained. However, only if it stays true to both brands.

Brand on brand conversations remained a hot trend during this event, with a few brands upping the ante in the preparation, and quality of content, used to engage in a discussion. Most notable was Doritos, which prepared for real-time conversation by reviewing the TV spots published before the game and producing custom content in response. Custom content included images and video to capture attention and engagement.

Brands stand to benefit because of the opportunity to leverage the reach and audience attention of the brand they engage with. Other brands who participated in brand conversations included Victoria’s Secret, Nissan, Southwest Airlines, Tostitos.

Brands went one-to-one with personalized tweets (eg. Coca-Cola, T-Mobile, Toyota). Several brands tried to personalize tweets at scale. While all these brands flooded the newsfeed with tweets, T-Mobile was most criticized as their automated approach felt like spam. The lesson is that scale shouldn’t be achieved by automation.

Call it clever or call it spam, some brands invested heavily to develop personalized tweets. These brands hoped that one-to-one conversation would appear more meaningful and personal. Did they pull it off? T-Mobile seemed to annoy users; the tweets felt impersonal as T-Mobile continuously reused a handful of Kim’s selfies. Coca-Cola and Toyota did a much better job of personalizing each message getting a seemingly better response.

Sweepstakes were abound (eg. McDonalds, Tostitos, Doritos). Adding to the noise of the game, several brands hosted sweepstakes and contests. These tactics were fleeting attention grabbers that did not have longevity beyond the game. No one’s talking about Tostito’s chip sweepstakes today.

Several brands tried to break through the clutter with a sweepstakes or contest, incentivising fans with prizes in exchange for social actions. In the end, sweepstakes simply added to the noise, while brands that created compelling content rose drove conversation with longevity. Users engaged with many of the sweepstakes tweets by retweeting or favoriting, but the sweeps didn’t drive conversation. Brands like Nationwide and Always struck an emotional chord, and were the ones who generated the most mentions.

Social users created memes to join the conversation. Memes that resulted from Nationwide, Katy Perry’s halftime show, and Richard Sherman prove that users still like to create. When investing in activations, consider how users can co-create, and how marketers can monitor in real-time. Tools like Mashable’s Velocity may be useful in predicting cultural trends like memes.

Social users showed that memes are still alive – the memes from the Super Bowl helped ideas and messages spread. The most notable examples include sharks from Katy Perry’s halftime show, Nationwide’s ‘#MakeSafeHappen’, and Richard Sherman’s reactions to the game.

Brands must understand that any brand could be the center of a meme. Likely unexpected, Nationwide found itself surrounded with “dead kid” memes in response to their dark Super Bowl spot.

Overall, breaking through the social clutter is difficult on any given day, but it’s especially challenging on Super Bowl Sunday. Standout brands clearly thought of social media first – as a horizontal across other media, enabling users to engage with the brand well after the :30 second spot faded away.