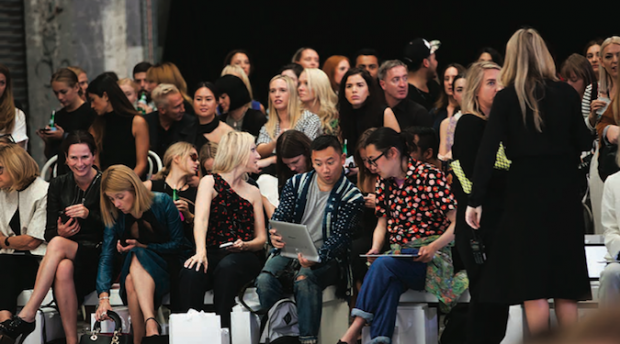 Why is a fashion model holding a tablet live-streaming on the runway such a big deal? 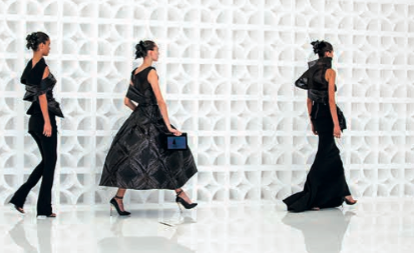 The answer: because the alignment of a technology brand (Lenovo) with one of Australia’s iconic fashion designers (Toni Matičevski) and Australia’s largest fashion event (Mercedes-Benz Fashion Week) makes perfect business sense. The alignment of the Lenovo brand with fashionistas was the result of a ruthless, dispassionate analysis of the market, its influencers (analysing their engagement and their ability to amplify messages), and the aspirations of potential buyers of Lenovo’s consumer notebooks and tablets.

It contributed to a continuing increase in sales and market share that have seen Lenovo’s consumer device market share in Australia grow from barely above zero to 10%.

Lenovo bought IBM’s PC and laptop brands and operations in 2005. Regarded then as an unknown Chinese company taking over what many in the market felt was a waning business, Lenovo has since grown to become a US$38.7 billion world leader, primarily on business desktops and in business server rooms. The company now offers a full suite of products and services from mobile (including the recently bought Motorola mobile phone business) through to the IT datacentre (including the purchase of another server business from IBM).

Lenovo wanted to force the pace in the consumer IT space and grow market share rapidly, in Australia in particular. Against entrenched competitors, Lenovo simply wasn’t registering in the minds and decision-making patterns of Millennial consumers. What’s more, it was becoming clear to Lenovo itself that it didn’t understand its potential market.

It believed there was an opportunity to grow rapidly from a low start point, increase market and brand share in the consumer IT space, and boost revenues. What
it needed was data, to confirm or challenge these assumptions, and to provide the direction for marketing and sales.

In mid-2014 Lenovo ANZ commissioned Australian social analytics company Digivizer to define the primary market segments for Millennials and the influencers within those segments, and to provide insights into the conversations, discussions and debates taking place in social media around these various communities.

The data became inputs to a targeted engagement program based on win/win/win: for the brand, influencers and audiences.

Abandoning alternative traditional marketing techniques of focus groups, market research and mainstream paid-for media, Lenovo had the foresight to go straight to the primary source of the market data it sought: the social web. The objectives were: 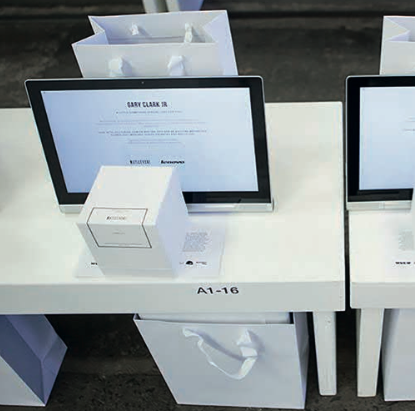 Digivizer used its home-grown analytics technology to create a social target segment map for Lenovo. It then identified the prime influencers within each of the key interest segments. Digivizer then analysed the conversations taking place in each of these segments, with the influencers and from the broader communities.

Lenovo now had the data it needed to drive its social-led marketing program with precision, with messages crafted to reflect the interests of those within the market segments themselves.

Influencer and consumer engagement programs were developed for each of these audience segments. With the fashion sector firmly established as one of the prime market segments, and with a deep understanding of the conversations and players in this space, Lenovo (facilitated by Digivizer) engaged Couturing.com, owned and published by Thom Whilton and Lisa Teh.

Collaborating with Whilton and Teh about the type of content it wanted to publish and what its audience liked, Lenovo tasked the pair with covering Mercedes-Benz Fashion Week Australia (MBFWA) and capture content that would engage its audience in a unique way.

They conceived a five-part reality series to be filmed during MBFWA, to provide a showcase for large, national and international designers, and to engage with key people who influence the success of MBFWA, through the eyes of the biggest designers, bloggers, models and street style photographers.

This concept was further developed in collaboration with fashion designer Toni Matičevski. He suggested including Lenovo product  within the fashion show itself, and was responsible for the idea of streaming live video capture of the models on the runway back into the devices being held by the models themselves. 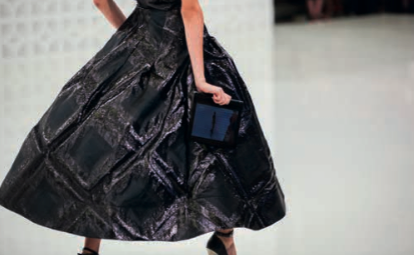 Matičevski was not for hire and was not paid, and the integrity of his own brand and reputation were paramount. What made it exciting for everyone was that something like this had not been done before and it translated into personal experiences for the front row guests.

The social analytics meant that Lenovo and Digivizer understood who should be engaged, and the content being sought by Millennial fashionistas.

The final element was to dispense with the more traditional gift packs for the 100-strong front row fashion bloggers, writers, editors and opinion formers; instead providing each with a personalised, ready-to-go, fully-charged Lenovo tablet and message from Matičevski. This gifting alone generated coverage and live show capture.

The show was the first element in a program that continued with the five-part video series, competition and news from the day. 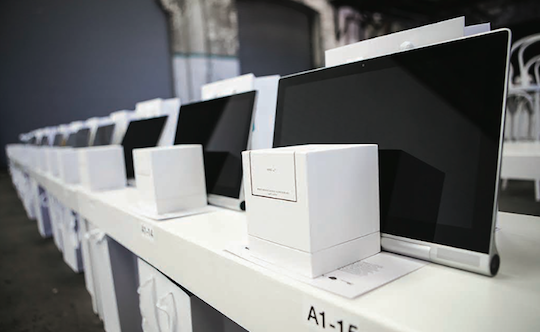 he Matičevski /MBFWA collaboration was one element in a program that started in July 2014. On the back of the success of the early social-led marketing, Lenovo redirected its marketing budget in Australia and New Zealand to social in late 2014.

The decision to go with the Matičevski/MBFWA proposal was therefore still a big one for Lenovo to make, but one now possible with a degree of certainty underpinned by the data accumulated since July about the performance of this social-led approach to marketing. In each main social media channel, brand share and presence have grown as follows (July 2014 to June 2015):

For the month of April 2015 (in which MBFWA took place) brand category shares of tablet grew 224%, and desire expressed for Lenovo tablets grew 21%. That the latter came off a global crisis that had hit the previous month is primarily down to the relevance and targeting of the Matičevski collaboration.

Specifically, for the MBFWA activation, the program delivered: 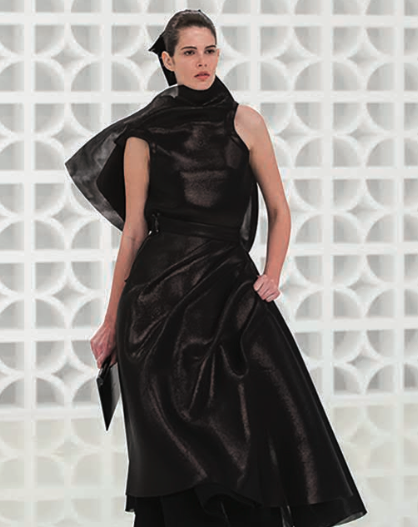 The push to drive growth in the consumer device market segment has worked for Lenovo: market share grew from little more than zero to 10% between October 2014 and April 2015 (GfK data). The social-led marketing front-end supported a new move by Lenovo to complement its online sales engine with in-store dealerships at JB Hi-Fi, Harvey Norman and Officeworks.

« Paid or earned? Marketers in Australia and New Zealand are failing the balancing actFrom clicks to cliques: why social networking is moving inwards »