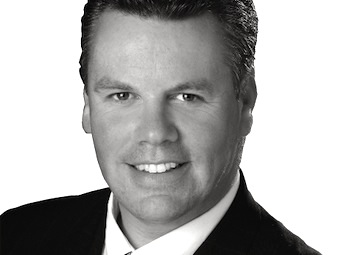 Cartoons are great. Although they are usually humorous, they often have a very serious message attached to them as well. And pricing is no exception, as you will see as I share with you ten of my favourite pricing cartoons.

It’s easier to go down than up

I don’t live in America, but if cartoon and TV shows are to be believed, kids set up lemonade stands over their summer holidays to make a bit of pocket money. In this Fox Trot cartoon, we see Lemonade on sale for $500, with the vendor saying she just wants to make one sale and call it a summer.

What’s the pricing lesson here? It’s easier to drop prices if something’s not selling, than to try and increase prices if it is selling well (although this is probably not in the mind of this opportunistic little girl).

Several years ago, Don Bradman’s baggy green Australian cricket cap sold at auction for $425,000, and the Australian Financial Review ran this cartoon. This is a slightly cryptic reference to what often happens in auctions: the winners curse (ie. the winner pays too much for what they want).

You get what you pay for

Believe it or not, this cartoon is from Malaysian Airlines’ in-flight magazine, which at the time it was published, was coming to grips with competing with a homegrown, low-cost airline by the name of Air Asia. Given where it was published, one could easily conclude it was marketing propaganda against that competitor, but another message is plain and clear: when it comes to pricing, you get what you pay for!

Mark Stiving in his excellent book Impact Pricing talks a lot about this. Price increases make customers angry. This cartoon is from Britain’s Daily Telegraph, and followed the annual announcement of train fare increases, of a magnitude of 9.5% in the case of Virgin Trains.

Just as low cost airlines took off a couple of years ago in Australia, The Australian newspaper published this little gem of a cartoon. It was in response to the airlines increasingly unbundling the cost of an air ticket and starting to create what they call ‘auxiliary revenue streams’, and what passengers call ‘those ugly extra fees and charges’.

In 2006, Melbourne hosted the Commonwealth Games and this cartoon appeared in The Age newspaper. The clear message here is that customers will talk to each other, and at some point, they may talk about the price they’ve paid for a product or service. Are you prepared for this? Is the reason you’re charging different prices to different customers clear and justified?

Here’s one of two cartoons from The Wizard of Id, this one with a great message: understand value and the alternatives. Here, a customer opts for a German Shepherd sign, because it’s cheaper than the dog and (potentially) has the same effect.

There’s probably more humour than serious pricing message in this cartoon, from Britain’s Daily Telegraph, but maybe it is worth keeping in mind possible funny, interesting or ridiculous interpretations of your pricing or its communication strategy. (By the way, a good test of this is to run it past a 10-year-old. If they get it, it’s easy to understand). This cartoon was published just after London introduced its congestion charge.

Is this a cartoon that just doesn’t age? Why does the price of petrol (or gas) fluctuate so wildly, but the price of motor oil doesn’t? Are you being consistent in your pricing? Again, a 10-year-old child might help here.

Can you afford what you charge?

This second contribution from the Wizard of Id is perhaps my favourite pricing cartoon. “When did you decide to become a lawyer? When I realised I’d never be able to afford one.”

And the reason I like this cartoon has nothing to do with lawyers and their pricing model. The message is much more simple than that. Put yourself in your customers shoes. If you were your customer, could you afford to pay the price you’re charging?

BY ON 27 August 2012
Jon Manning is principal consultant at Sans Prix, and founder and managing director of online pricing advisory service, PricingProphets.com.