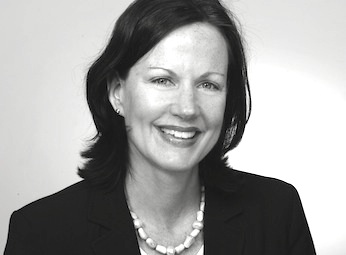 Time poor and under pressure, many CEOs don’t see social media as a priority, here’s four reasons why they must.

If you count the number of Fortune 100 CEOs who tweet, you can do it on one hand. If you look at which of them are active, sometimes, on Facebook, you’ll still only need two.

They aren’t surprising figures when you think that the large majority of Fortune 100 CEOs are middle-aged men who are time poor, under pressure and believe tweeting or posting on Facebook isn’t the best use of their time.

After all, these are people who have CMOs and entire departments to implement social media strategy for their companies – and do; all but 19 of Fortune 100 firms have Twitter and other social media accounts. It’s not as though the CEOs aren’t seeing the value, they just don’t see the value for them.

But if they were to have a little change of mindset and view tweeting and engaging with other digital channels less as a pastime, and more as a pretty convenient leadership tool, they might see that an executive tweet can deliver a valuable – and measureable – return on their personal investment.

Leading from the front

Social media isn’t just for the marketing team; it can drive customer retention through customer service, product development, and, ultimately, build relationships with customers that lead to sales. To be at its most effective, it needs to be part of the DNA of a business, with everyone clear about how the company uses social media and what each department’s objective in using it is. An engaged CEO can drive confidence throughout the company by leading from the front. BRANDfog recently conducted their 2012 CEO, Social Media and Leadership survey which revealed 81% of employees felt a CEO who engaged in social media was more able to lead his company in a 2.0 world. It’s never been easier for CEOs to set a cultural tone by being accessible, pro-active and present via social media.

Once again, most CEOs seem to leave projecting or promoting the brand and image of their company to the marketing department. But in a world where customers are demanding more and more transparency, why should the C-level floor still be wrapped in mystery when being heard is as easy as posting a 140 character tweet? Virgin boss Richard Branson tweets, has a blog, Facebook and Google+ accounts and he does it because it sends a clear message about his company. “Virgin as a brand is naturally conversational. We like to chat with our customers to see how things are going and what we can do better. So for us, using social media feels very natural,” he recently told Mashable.

Here’s another telling stat from BRANDFog: 93% of respondents believe that CEO engagement in social media helps “communicate company values, shape a company’s reputation, and grow and evolve corporate leadership in times of crisis”. Whether CEOs like it or not, their customers and employees – both current and potential – are on social media. It’s where they hang out and it’s how they communicate. Being proactive on social media means a CEO lead the conversation, show themselves to be an expert by sharing knowledge and experience, and even display a human side by commenting on other conversations.

While the Fortune 100 CEOs may be strangers to social media on a personal level, there are plenty of younger men bringing up the rear who have partly built their businesses or reputations on it such as zappos.com’s Tony Hsieh. They will be well placed to connect with the Millennial generation – the combination of Gen Y and Gen Z that make up 27% of the Australian population. These digital natives are cynical about marketing, brand conscious, used to leading the online conversation and expect authenticity from the businesses they connect with. A CEO who engages with them now can get market insights that can be critical to future success – both personally and for the company.

Another recent survey, this time by IBM, with over 1700 global CEOs discovered just 16% of them participated in social media, but predicted the percentage would grow to 57% within five years. The question is, why wait?

[Ed’s note: It’s an ever-changing list – let us know of others.]

BY ON 21 June 2012
Patty Keegan is director of Digital Chameleon. Beginning her career in magazines, she was also VP at Carat USA, founder and director of Carat Interactive Australia, founding general manager of the IAB Australia, and is one of the biggest players of Australia’s digital age. Twitter: @pattykeegan

« Education: Why is senior digital marketer the 5th hardest role to fill in Australia?The benefits of emotional intelligence for marketing leaders »