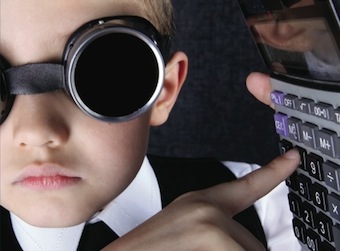 Rumours of the death of the media buyer may have been greatly exaggerated, but that doesn’t mean technological change won’t be putting the squeeze on her role, especially with her new colleagues earning all the attention and money.

Before delving into this instalment, we highly recommend reading Part One (or at least the glossary of terms at the end), and Part Two, on DSPs and marketers, to get up to speed.

Considering the tone of conversation surrounding the rise of automated, programmatic buying of online media, it is easy enough to get the impression that the days of having a human hand involved in the buying process are nearing an end.

The problem with that idea, however, is that over the last two issues of Marketing we have seen that the automated trading of online advertising space through demand-side platforms (DSPs) plays an important role in a media buy, but not an all-conquering one.

Institutionally, the impact from the evolution towards automated trading varies depending on the type of media agency. For the biggest of the big media groups, automated trading desks are being set up and shared between member agencies. Smaller, specialised digital agencies that are already somewhat analytical and performance based may simply be adjusting to add DSP buying to their toolkits.

In both situations, however, the world of automated trading is not so much bringing about a revolution in media buying, as it is an evolution, with new requirements of its inhabitants.

Media buyers, let’s be clear. You are not being replaced. Your desk is not being cleared, your chair not replaced by a robotic mount. Your skill set, however, and dayto-day role is evolving.

“They still do their job, but let’s say this trading marketplace takes over part of their job, their job just becomes more strategic… they don’t need to bog themselves down in the day-to-day.”

Lauren Jennings, digital director at Neo@Ogilvy, explains that although the tools are vital, the human touch is equally so: “You have to be a pretty smart strategist within programmatic trading to be able to say, ‘I want to use this data in this way to buy this kind of audience’. The strategy behind it doesn’t go away, and the testing and the experimentation and looking at data in different ways, and going after different audiences doesn’t change, it’s just that it’s through a tool that makes it more efficient.”

Similar to search’s arrival a few years ago, when an entirely new skill was introduced to agencies, the arrival of data-driven, programmatic buying (DSPs are programmed how to evaluate and bid on impressions) of online ad inventory is accompanied by both the up-skilling of existing buyers and the introduction of a new breed: the data specialist.

“Data and the role it plays in media buying decisions is absolutely forefront of what we do. As a result, you need to make sure people have that skill set to analyse that data, and then pass that on to the strategy teams and the media buying group,” Bass explains.

So what type of person makes up this new breed?

He adds, “People with a search background are very well-placed, because the link between search and DSP and data-driven media buying is much closer than traditional media buying.”

“It’s a variety,” agrees Christopher Murphy, vice president of marketing at the San Francisco base of OMG’s Accuen. “There are some more quantitative backgrounds [of use in this environment], whether that’s in the financial space, or even within the media space, people who worked at ad networks or have done a lot of optimisation, we find them to be very successful media traders.”

Grace, who returned home to set up Accuen’s Australian desk after spending three years running performance-based campaigns in Asia, laments the dearth of experts at the cutting edge: the collision of marketing and raw numbers.

“Inherent in this job is a quick understanding of markets and numbers, but you’ve also got to understand people and messages. Getting that combination of the emotional intelligence with abstract and numerical intelligence is very difficult,” he says. “They come around like golden geese every so often and, when we find them, we try and divert them from their traditional migratory flight path.”

He asks Marketing to put the call out. If that sounds like you, dear reader, Grace has an offer for you. “Data people can get amazing salaries anywhere. A good business analyst can get whatever they want. Media is a thin margin business – we can’t afford what a mining company can afford or a finance company can afford, unfortunately. But we have other things, we’re fun and we’re doing things that have never been done before.”

Bass draws the parallel with search roles, which tend to attract higher salaries than traditional media roles: “If there is high demand, and short supply, then only one thing happens,” he says, “and there is a global shortage on these roles. It’s not unique to Australia, so it’s not like we can nip off to the UK or other markets, which we’ve traditionally done in other media to get these people. They either don’t exist or they’re incredibly hard to find.”

Even in the US, with its head start and more mature market, it often comes down to personality traits rather than track record, says Murphy: “A person who has an analytical framework can understand media relatively quickly… we sometimes look for those personality traits, more so than if you already have the experience, because a lot of people still don’t have that experience.”

The pool of talent is growing, says Murphy, but at an educational level he admits it is tough for tertiary institutions to grasp the extent and rate of change. At the very least, it is widely agreed, graduates of marketing, advertising and media courses must have an understanding of the role of data.

The situation of universities – downstream and typically slow to react to industry changes – is amplified in this scenario by the fierce rapidity of change being experienced. Even those working in automated trading environments every day are having a hard time keeping up.

“The market is changing so swiftly that there are people who work [with these technologies] every day that are learning every day as well, and it’s necessary to read a lot of industry press and tech news to stay up with it,” says Jennings.

“I don’t think anyone knows exactly what is going to be required in the future.”

And if you haven’t already, we highly recommend reading Part One (or at least the glossary of terms at the end). Also recommended are Part Two, on DSPs and marketers, and Part Four, focusing on publishers.