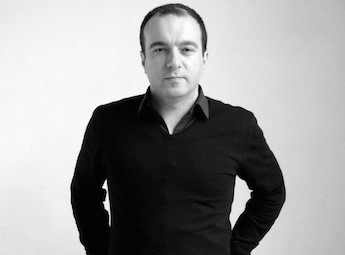 I’ve long been fascinated by the way sporting teams engage with their supporter base above and beyond the winning of games and ‘playing for the jumper’. The fascination for me lies in the ongoing loyalty of some fans and the fickle nature of others.

This must drive the CEO of a sports team crazy.

The 21st century Sport Brand CEO has a challenge ahead of them – how to sell a product, as well as provide a service and ensure that year on year, people maintain loyalty to this brand – and let’s face it, sporting teams are very much about the people competing, the customer experience and of course the overall experience of chasing success – and sometimes attaining it.

Many factors come into play when we look at what makes us loyal to our favourite sports brands (teams or individuals) – colour, code, symbols, success, players, location. All play a role in creating fierce loyalty as well as ensuring that the team has our membership; we attend the games and in the case of the individual, those sports brands have us wearing their merchandise.

Winning no doubt plays a big part in recruiting membership, but what is it that keeps a supporter loyal over a life time? Loyal through loss after loss, public transgressions and at times, corporate scandal?

Personally I have been a long suffering and still, diehard supporter of a team which has only once won a premiership in their league, and that in 1954 – a couple of generations ago. I ask myself, what is it that keeps me and thirty thousand other members united with this team, albeit slightly jaded and cynical?

I believe the secret every sports brand CEO has to uncover is how they can maintain the loyalty of an eight-year old and keep that eight-year old as a member until they are old enough to pass on their loyalty to their own children. Couple this with a strong commercially-focused brand strategy, our Sport Brand CEO can then focus their team on winning on the field.

To maintain loyalty and build a strong sporting brand the brand building program must be championed by its leadership: the CEO and president – this is true for any organisation. The leadership must believe in the brand, what it stands for, embrace it and then activate it from the top down. After all, the brand is very much the organisation’s identity at large.

I also believe that our Sport Brand CEO and president must also uncover and engage their people around a central ethos – a central idea that resonates through every customer touch point. Then ensure that the organisation is living, breathing, playing and winning (possibly even losing) according to this ethos well before she considers the visual identity.

Five things to do to build a strong sports brand

The NBA’s Boston Celtics play ‘The Celtic Way’ – a phrase which is very much part of the club’s vernacular and defines the values and ethos behind the game they play and the way the people in the club behave. This simple idea is holistic and owned by the fans to interpret in their own way.

The recently launched A-League team Western Sydney Wanderers positions itself as ‘Australia’s newest, oldest club’ maintaining the link to Western Sydney’s football (soccer) history and also in reference to the first game of football played in New South Wales in 1880.

It is crucial that any brand building for a sports organisation – every organisation – starts at the top. Without the CEO and president as brand champions, the brand is doomed to failure from the outset. As president of the Melbourne-based Collingwood Football Club, Eddie McGuire is a living breathing example of the power of his football team’s brand – he is the brand.

Loyalty amongst sporting teams hinges on many factors, but the one thing that keeps people engaged and unwavering is a sporting team’s values – its belief system. Just like the Boston Celtics – its ‘way’.

It’s this simple yet central ideal that fans, supporters, corporates and stakeholders believe in; they will use it as the measuring stick for everything from behaviour at the board room table, to performance on the field of play.

Only when an organisation is able to live and breathe the promises and values of the brand can it look forward to beginning the visual identity process; especially an organisation where the strength of the brand is very much about building a value-based culture – just like any sporting team or sporting individual.

From there are strategy can be put in place that allows the marketing team to articulate these values and brand positioning in physical, visual, communications and behavioural signals that embody the brand culture that is already in place.

Then and only then, can it focus on the problem of keeping that elusive eight-year-old engaged and signed up as a member well into adulthood, and ensure that the brand ultimately supports this.

Put simply, the leadership of any sporting brand has to give the fans something to believe in.

Here are six things that I think every sporting brand (team or individual) must do at the outset of building a strong brand:

Loyalty that lasts a lifetime is something all sporting organisations want to achieve. We see it time and time again, from the masses of Liverpool fans singing in unison at an English Premier League game to the cult that is the Collingwood Football Club in the Australian Football League.

The fans of the strongest sporting brands share and sometimes embody the values of the team, the sport and its players. Supporters buy into the brand’s values, its code of honour – a system of beliefs that holds the club together and the most loyal of supporters will admire and passionately defend their loyalty, through loss and criticism. Give them something true and meaningful to believe in and above all else, start at the top – or start again.

BY ON 23 July 2012
Jim Antonopoulos, director of strategy and development at Tank is an advocate for B Corporations and a more human approach to creativity. He has had a long passion for understanding how people interact with brands, culture and technology. Inspired by human-centred design and an advocate for flat, more collaborative organisational structures, Jim works with leadership teams to help create meaningful organisations that have purpose and empathy for the people they serve.