The missing piece of the general peace campaign

The missing piece of the general peace campaign 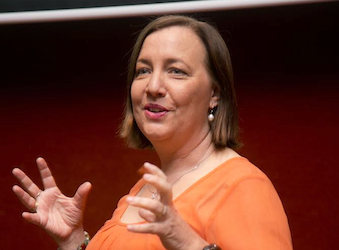 As the pressure increases on organisations to be more socially responsible, Tania Crosbie shines the spotlight on General Pants and questions the way it has handled a charitable campaign this Christmas.

This Christmas, General Pants Co renamed its stores and branding to ‘General Peace Co’.  An innovative way to align brand differentiation with social policy? Or just a clever marketing ploy?

As part of the promotion, General Pants donated 100% of the proceeds from its ‘Give Peace’ t-shirt range to two charities.

Unfortunately, the campaign missed a massive opportunity to integrate with General Pants’ sustainability policy – from both a social and environmental perspective.

The target market most likely to buy a t-shirt for the ‘social good’ are the same target market that wants to purchase products that are good for the environment.

The General Peace t-shirts may be organic and produced in Australia – but if that’s the case, why is there no mention of this on the website or in any brand links?

If the t-shirts aren’t organic or produced in Australia, then where are they made? Are they produced in overseas sweatshops or in regulated factories? What fabric is used? Where is the fibre from and are there sustainable production standards applied? What chemicals are used in the manufacturing process? What are the distribution and packaging arrangements? What will happen to the leftover t-shirts? And has there been a lifecycle analysis of the t-shirt?

These are the sorts of questions that responsible organisations are asking – as they look to improve the sustainability of their entire supply chains.

General Pants’ campaign highlights how marketing departments often view sustainability as a ‘trick’ rather than a philosophical approach to marketing.

You don’t see Patagonia with a sustainable range and non-sustainable range like you do in, say, H&M. In among the low cost, high volume fashion apparel in H&M there are the few racks of clothes called the ‘Conscious Collection’. H&M realises that its target market don’t care about the environment. They just want cheap fashion items. But if someone asks about the environmental impact, they can point to their ‘Conscious Collection’. Conscience clear?

So I ask, if H&M can do one range to high environmental standards, why isn’t this possible for all other ranges? Maybe H&M’s target market doesn’t care about the environment – not yet.  But it will.

General Pants, on the other hand, acknowledges that its target market does care about the community and humanity. General Pants understands that its customer is socially and environmentally aware. This also means that General Pants’ customer is smart enough to ‘smell’ a corporate promotion and savvy enough to spot hypercritical behaviour.

I applaud General Pants for aligning its brand with the social good, but ask that next year the marketing team takes that extra step to ensure their fundraising activities don’t make someone else’s life poorer.

« C-suite predictions: McDonald’s, Citibank and more on how marketing will change in 2015Programmatic mobile video: the next poster child of brand advertising? »