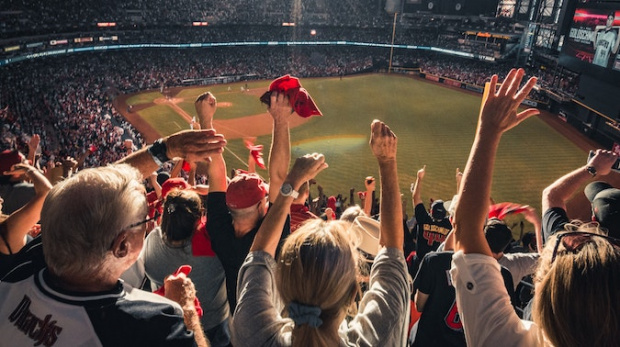 What can the underlying and intrinsic reasons that people become true sporting fans tell us about the human condition? Barry Walker considers what brands can learn from the sports tribes.

You hardly have to be a sports fan to know that sport is big business today. We’ve gone from club to franchise in the blink of an eye. And why not. Success breeds success, right? TV rights, better players, bigger stadiums, what’s not to love?

But a franchise can’t grow forever. Players get better deals or they move from the back page to the front and supporters drift away. But does it really have to work that way? And what might brands learn from this cycle of success?

The answer could lie within the fans themselves

Supporting a team has the unique power to unite us in a way that pushes our differences into the shadows. It focuses our human instincts towards a common endeavor. But it’s not necessarily the same for every team. Some tie themselves to victory so tightly that, when it doesn’t come, neither do the fans, as they file out with fifteen to go.

For others, losing more than winning doesn’t seem to affect bums on seats. For them, people have moved from being a supporter of the team to being a part of the team. Think of fans singing the club song in defeat.

For me, that’s a phenomenon that might just interest a brand or two. So, how might it work?

Let’s look at the human condition for a moment. In particular, tribalism.

Ligaya Mishan, writer for T magazine at the New York Times, writes that “human culture as we know it is still defined by the power of collective identity, the people we seek out to call our own”.

This impulse to join others is universal. We see it with brands too. Deep down, we all need to belong. Feelings of kinship and safety are mirrored every time we head out to support our team, buy a handbag or upgrade our tech. In essence, fandom represents a human survival technique, with benefits.

Andrew Mecca, writes in ‘The Social Importance of Self-esteem’ that belonging to something bigger than ourselves brings with it feelings of camaraderie, community and solidarity.

In ‘The Joy of Sports’, Michael Novak argues that the simple act of supporting our team “feeds the impulse of freedom, respect for ritual limits, a zest for symbolic meaning and our longing for perfection”.

It would seem that living, albeit vicariously, through our team, is worth considering when it comes to the brands we choose to buy. How might brands answer a deeply held need that perhaps we struggle to get in our normal everyday lives?

When we as humans hold something so dear that its very existence reflects how we want to be perceived, that’s powerful stuff. But, as with any brand that reaches the heady heights of adoration, there’s a bargain to be struck. Brand ownership becomes more opaque.

The challenge for brands (staying in a sporting context) lives in moving from a bargain with supporters, to a covenant with fans.

Every brand would do well to (re)discover what binds its tribe to each other and to them.

The Playbook: Building Tribes that Bind

Attribution: we see ourselves in others.

Deliberately adopting mannerisms, attitudes, and styles of dress, speech, and behaviour characterised by your established members broadcasts pride in who you are.

Enacting certain stories based on beliefs and conveying fundamental truths or messages triggers emotional reactions and unites us in common pursuit.

Marked off from ordinary space, sacred places allow myth and legend to take form in the physical world.

Symbolism: we need to reinforce our identity and social status.

Symbolism serves as an identifier for followers. It reinforces collectivism on a large scale and feeds our desire to bolster our self-perception, self-esteem, and self-worth.

Brands would do well to start with a respect for the value that humans place around things like belonging, safety, social prestige and self-esteem. They need to nurture those needs through an understanding of base tribal (human) truths like affiliation, ritual, symbolism and sacred places.

Just like those sporting clubs where winning isn’t everything, brands that can unearth the true character of their relationship with and between customers will be the ones to win an unfair share of the future.

Barry Walker is a senior strategist at Wunderman Thompson, Perth.

Photo by Jimmy Conover on Unsplash.