The return to creativity

The return to creativity 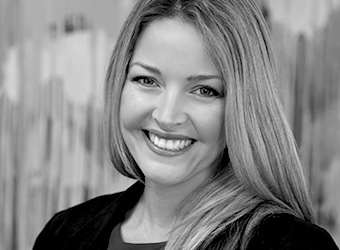 Big data and the use of technology have dominated marketing conversations in recent times, but among the chatter we’ve missed celebrating a creative renaissance. In this guest op-ed, Facebook’s Alexandra Sloane explains why a return to creativity is essential if brands are to connect with consumers in the year ahead.

It’s an exciting time to be in marketing, but also a time of great change. That change is the move to personalised marketing – marketing that connects and engages audiences on an individual level.  It’s what businesses used to do before we developed mass media. Today, digital and mobile marketing allow brands to get personal at scale.

Marketing that’s personal is driven by great creative. In the days before mass media it was carefully crafted messages and stories that got people to connect. The same is true today.  It’s just that in the hurry to embrace new technologies and platforms, the art form of brand story-telling isn’t always being transferred to new platforms, especially when it comes to mobile.

The way people consume media is changing fast, making it harder for brands to reach audiences in the same way. Take for instance changes in mobile consumption – one of the most significant shifts in consumer behaviour in more than 60 years. According to ACMA, over 12 million Australians own a smartphone and of those, two-fifths completed a mobile transaction in December last year. This shift alone requires new ways of thinking.

If the way people consume content has changed, how are you changing the way you reach those people? Also, linked to that is the question, ‘what stories are you sharing to engage people?’ It’s an important one when considering mobile since people are often distracted when using a mobile device, doing other things such as talking with friends or watching TV.

The answer lies in creative story-telling. Hungry Jack’s recent ‘Burgers’ campaign shows how this can be done. The campaign saw the brand create a fictional 1970s AFL team – ‘The Burgers’ – and use Facebook to share regular mockumentary videos to tell a story about the club’s history. The campaign was funny and engaging, but above all creative, opening up new ways for the brand to engage with audiences on mobile.

With one in five mobile minutes now being spent on either Instagram or Facebook, expect to see other brands embrace more creative mobile campaigns in the year ahead. Online video ads will also become a greater priority as brands look for ways to capture the attention of busy consumers. That prediction is backed up by PwC research that pegs the market at $300 million next year, although from what we’re hearing, it’s likely to be almost double that – accounting for around 7.5% of the $4 billion Australian TV market.

A lot can change in a year they say, and that was certainly true for 2014, but as we look ahead to 2015, it’s also worth reflecting on what hasn’t changed. And when it comes to connecting with consumers, it’s clear creativity remains king.

Alexandra Sloane is ‎head of marketing at Facebook, Australia and New Zealand.