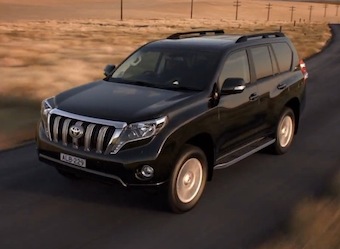 Toyota has confirmed it will cease its vehicle and engine production in Australia by the end of 2017, signalling the end of automotive manufacturing in Australia. The announcement follows decisions by Holden to pull out in 2017 and Ford by 2016.

In a statement, Toyota said “various negative factors such as an extremely competitive market and a strong Australian dollar, together with forecasts of a reduction in the total scale of vehicle production in Australia have forced us to make this painful decision.”

An estimated 2500 Toyota workers will lose their jobs. The ACTU has claimed Australia will lose up to 50,000 direct skilled jobs and wipe A$21 billion from the economy. But industry minister Ian Macfarlane said the government would “manage the transition” in Australian manufacturing.

Immediately after the Toyota announcement that it will be ceasing its Australian manufacturing in 2017 isn’t the time to be saying I told you so. Rather we should consider the hurt and confusion of the employees. To a large extent the investment they have made in their careers, their human capital, has just depreciated. This is a cost that we don’t fully consider when advocating industry policy.

The fact of the matter is that government spending simply cannot sustain an industry. The best way to buy Australian jobs is to buy their product, not throw taxpayer dollars at the industry, or create artificial shortages, or tariffs and what-not. By propping up unsustainable industries we don’t only over-charge consumers and waste taxpayer dollars; we attract workers into the industry in the knowledge that down the track we will see them lose their jobs.

Some Toyota employees will get jobs elsewhere, others may never work again. Government should be looking at those policies that would ensure more than fewer work again. At the federal level that means liberalising the labour market, making it easier to hire people. At the state level that means governments need to be looking at the payroll tax and stamp duty – the former adds to the cost of employment, while the latter reduces labour mobility.

In less than 10 months, Ford, Holden and Toyota have decided to close down their car manufacturing operations, affecting thousands of jobs in Victoria and South Australia.

If Toyota, the largest and the most efficient automotive producer in the world, cannot survive without industry assistance packages, it demonstrates how vulnerable car producers are if governments fail to support them.

Whereas Ford had no real export market, and plummeting Falcon sales, Toyota was exporting 70,000 locally-made vehicles per annum to the Middle East and other markets, with a target of 100,000 each year.

This is the snowball effect of the rapid shutdown of Australian car industry. Toyota, Ford and Holden are tightly integrated with the Australian automotive parts industry. In the wake of Ford’s and Holden’s announced departures, some components manufacturers have already decided to close their doors.

Toyota’s decision reflects that reality: if Toyota cannot source components in volume close to its plant in Altona, then it makes no economic sense to continue manufacturing locally. Like Nissan and Mitsubishi before it, Toyota has made a strategic decision to become a mere importer.

Victoria is the most affected by the decisions of Toyota, Holden and Ford, but South Australia, NSW, Queensland and Western Australia will also suffer job losses in the components sector, as a consequence of the car makers’ withdrawal.

The industry was not helped by a Productivity Commission position paper which viewed the sector’s future in pessimistic terms. The productivity commission employed no modelling data to support its claims, although its final report – long after the horse has bolted – is not due until March.

Prime Minister Abbott stated in response to Toyota’s closure that, “while some jobs end, other jobs start”.

As Australia de-industrialises – terminally – in which industries are the secure jobs of the future to be found?

The decision by Toyota to withdraw from local production, following the imminent closure of Ford and GM, was inevitable. The departure of GM and Ford, with the resulting loss of scale in the auto parts sector, simply meant that there was no way Toyota alone could sustain the complex chain of parts suppliers. What was Toyota to do, import all the components and simply assemble them here?

As I have argued consistently there is no sound economic argument to withdraw the modest government support from what was a high productivity industry that was at the centre of Australia’s (ever diminishing) engineering and applied science base.

The historic significance of the death of local car making is not lost on the neoliberals in the federal economic bureaucracy, the Liberal Party and even amongst some members of the Labor Party. It marks the burial of the key element of Chifley’s post-war reconstruction, the renunciation of an assertive role for the state in national economic development and a repudiation of industrial policy to shape the industrial structure and technological progress.

Australia doesn’t have the systems in place to be able to encourage the sort of investment that’s required by organisations to make them more globally competitive.

It’s quite obvious we’re a big wage, relatively small market and for us to compete on manufacturing internationally then frankly we have to produce a higher quality product at a reasonable price. That requires greater investment in technology, skills and workers.

It is estimated that Toyota has received more than A$1 billion in government subsidies over the past decades, however the Abbott government made clear there would be no further government assistance. With the flourish of imported cars on the rise, a small local market and relatively high Australian dollar, and Ford and Holden soon to withdraw from car manufacturing in Australia, it was only going to put pressure on the local supplier network, something Toyota CEO Max Yasuda recently reinforced.

If we’re going to have manufacturing in Australia then we have to think about what sort of workplace we want to create. We need a creative workplace with a positive culture that enhances innovation.

What’s really required is a constructive dialogue between government, businesses, and unions for greater cooperation and inclusion that will create more capital investment confidence in the mid- to long-term ultimately contributing to a more cooperative, productive and internationally competitive economy engaging a high wage workforce.

The announcement that Toyota will cease the production of cars in Australia by the end of 2017 comes as no surprise, with many commentators anticipating this announcement given the earlier decisions made by Ford and General Motors.

The decision, however, still comes as a shock for the affected workers, their families, the communities they live in and the Australian economy. In many ways it is one of the most significant events in the economic history of Australia over the last 60 years. It represents the end of an automotive industry that supported thousands of jobs, provided a proving ground for emerging entrepreneurs and underpinned much of the national effort in research and development.

While much of the debate over the next few days and weeks will focus on what governments should, or should not have done, it is important not to lose sight of more fundamental questions. Put simply, the failure of the car industry must force all Australians to question what future we want and what future are we likely to achieve?

How are we going to pay our way in the world, especially given the inevitably cyclical nature of commodity markets? We cannot expect to rely on mineral exports to pay our balance of payments indefinitely, and if the automotive industry cannot flourish with substantial government assistance how can any industry of any scale flourish? Yes the service sector is now the most significant part of the economy, but we cannot pay our way in the world by selling each other lattes!

Some of the fundamental questions we must answer relate to our system of industrial relations and the political attitudes that support them. Should we go down the path followed by Texas – a booming, high wage economy with a strong manufacturing sector – and introduce right-to-work legislation that undercuts organised unions? Or is there a better option available to Australia, perhaps more akin to Scandanavian or Baltic models of labour market organisation, with unions working in partnership with management to embrace a productivity agenda ahead of wage claims?

How also can we better support the development of innovation and new technologies? Australia has long punched above its weight in the commissioning and publication of fundamental research, but struggled to commercialise that innovative spirit. As a nation we have strong R but relatively little D.

Many of these changes need to come from outside the world of macro-economic policy, industry development or industrial relations. We need to reshape politics, universities, the primary and secondary education systems, the nature of our innovation system and our attitudes to growth.

American universities often do a better job than their Australian counterparts at encouraging economic growth and the transfer of new technologies into the marketplace because some have specific mandates to engage with their communities and help their regions prosper while most use a form of employment contract – the system of nine month salaries for academic staff – that encourages researchers to engage with wider society and industry.

Now is a time for a radical re-examination of Australian society and its economic future. A ‘good’ crisis should never be wasted, and the demise of the Australian automotive industry – and its supporting industries – should tell us all that it is time for change.