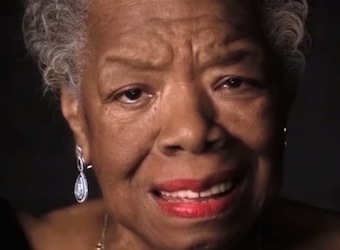 Patrick D’souza writes on the power of emotion.

Main image is a screenshot taken from this OWN TV video of Dr Maya Angelou.

In 1987, Michael Jackson released the very hummable ‘The Way You Make Me Feel’, which went all the way to number one on the Billboard charts.

To me, that’s not just a memorable quote, it’s a truism of life. One we can use as a filter or diagnostic with which to view brands, as well as the current world and the ills that plague it, many that they are!

Je ne suis Charlie, and this is why

I sympathise with the French, and I support a strong response from them, one that sends a clear message to the world of terror and the minority of people who support it – that their activities will not be tolerated.

However, I simply do not believe Charlie Hebdo’s sustained lampooning, and baiting of religion (of any kind) was either wholesome, or necessary, given the clear emotional pain and hurt it caused.

Every piece of research done on the human being has shown that he or she tends to perform best when given respect. In What Makes Us Tick, the great Australian psychologist and researcher Hugh Mackay (no stranger to people in our industry) cites as his first law of human interaction: the need to be taken seriously. In other words, respectfully.

What we all have within us is an innate need to matter, to count. To be listened to, at the very least!

“Not being taken seriously feels like the ultimate insult, it tends to seethe and fester, waiting for a chance to counterattack. If you’ve ever been shocked at the vehemence of an individual’s outburst, it might be because you failed to take them seriously at a time when they needed your sympathetic attention most.”

Mackay’s ‘feelings’ (or thoughts on them!) are shared by ad doyens like Jeff Goodby and others

Goodby used to often speak, Jon Steele (Truth, Lies and Deception in Advertising) writes, about a concept he called ‘residual impact’. When he evaluates advertising work, he says, he is not interested in what an ad says, he’s interested, instead, in how it makes him feel (or his audience, ostensibly).

What we know is that when we make a person feel lesser or deficient in some way, the chances that they will do anything for us are pretty unlikely. On the other hand if we make them feel superficient [Not a real word but I’ll allow it – Ed.], rather than deficient, their ‘ratio of owing’ to us goes up considerably and they may even go into mortal combat for us!

A superb example of a brand that gets the importance of the way you make me feel? Chivas.

The commercial executes a script that is delightful in the way it is thought through. Fully understanding that the life of a barman is anything but easy, Chivas casts Charles Dance as one, making his character (the barman) the hero, rather than the product or the people who drink it.

The end reprise says it all: “If you want to get the measure of a man’s true character just watch the way he treats the ones who serve him!”

What Chivas has tapped into, in addition to realising the influence of the barman, is rule one of Mackay’s first rule of engagement: respect. The way you make me feel!

We are measuring everything with consumers today – are we measuring the way we make them feel?

When we start to do this, we start to explore what I call the ‘empathy index’, that score that tells us we truly have our ear to the ground, and our care is truly about the customer, not just the value he or she represents on our books!

How empathetica brand is to its audience groups is directly linked to the way it makes them feel, to the things it does, over and above what its customers expect it to.

An example is Apple – starting late last year the brand rolled out a series of stunning new retail initiatives. Among the most important is its returns policy. For the first time in the history of technology retail, consumers could return goods without having to return the packaging that originally accompanied it. Not only is this landmark, it is fair as well, since who in their right mind keeps packaging!

Their research shows that the events occurring in the world, as well as the initiatives launched by Governments (such as budgets and other public policy measures), have a definite impact on the emotional health and well-being  that people exhibit. Researchers from the CSIRO and mental health research institute Black Dog developed WeFeel, an application that analyses sets of words and places them on a mood map to track the feelings of Twitter users.

These feelings are not just an outcome of the initiatives, they are also directed towards the ones who make them, affecting their influence over the way their audience perceive, and behave, towards them as a result.

This is the essence of this essay, and it’s most critical part. For what it suggests is that every aspect of your brand’s activities will invariably impact the way people feel towards it.

If you’re an energy company, the decision to introduce a price rise at the start of winter, rather than summer, could have two very different impacts on the way people feel towards your brand.

What measuring these impacts can do is help optimise them!

Patrick D’souza, is founder/director of Insanity, a Sydney based strategy consultancy that believes ‘there is no creativity without empathy’. Contact him on patrick@insanitysydney.com.au or on Twitter @patrickdsg

BY ON 30 January 2015
Patrick D’souza is a part-time student of Applied Psychology at the Australian College of Psychology (ACAP), Sydney, Australia. He holds an MBA (High-distinction) from the AGSM (Australian Graduate School of management), UNSW as well as Bachelor in Accounting. He works in marketing for one of Australia’s top private equity, debt and capital management firms. You can connect with him on Twitter @patrickbdsouza1

« The return of Mercedes-Benz Maybach: just the right amount of luxury?Please do not feed the birds – cartoon »