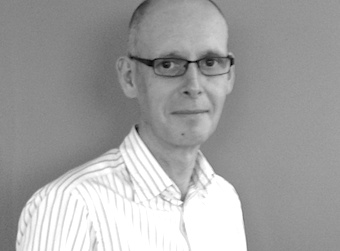 Much of what comes out of behavioural economics and neuromarketing is already well known to seasoned marketers, says Ipsos Australia director of behavioural science Pascal Bourgeat. In this guest post, he sorts the neuro trash from the neuro gold.

Where is all this coming from

Peter Stiedl provides some great background information on auto-pilot system 1 and effortful system 2 – those processes going on in our mind as we form impressions, build perception and develop judgment and make decisions.

READ: What every marketer needs to know about neuromarketing

However, linking the research underpinning those insights to in essence neuroscience is misleading. Dual process theory (aka system 1 and system 2) has been around in psychology since the mid-80s (and goes as far back as late XIX century) but has gained much wider exposure since 2011 when Daniel Kahneman, the 2002 Nobel laureate published his own perspective on dual process theory, very much shaped by his own research and observations.

Anyone can equally trace the current interest in the broader field of so-called behavioural economics (BE) to psychology and specific applications of psychology to economic choices over the past 40 years, and see neuroscience coming on the scene like the US Cavalry. No wonder neuromarketing sees the need to blow its own trumpet.

In truth, there is nothing much that seasoned researchers, marketers and advertising professionals did not already know by experience or intuition. Amos Tversky, one of early proponents of exporting psychology insights into psychology was fond of saying that much of what he studied in his research was already known to “advertisers and used-car salesmen”; to which he could have added retailers, real estate agents, stockbrokers, professional services firms, pharma reps and all kinds of salespeople.

Somehow marketers and advertising professionals are being sold their own wares under a new name, BE with or without a neuroscience veneer. However marketers and advertisers have been some of the most skillful practitioners long before BE became a trendy name with all its fancy jargon: ‘anchoring’, ‘framing’, ‘discounting the future’, ‘affect bias’, ‘myriads shortcuts’ and ‘cognitive illusions’. Sure, the list is useful, although it hardly makes for an integrated view of how consumers fundamentally behave as grocery buyers, consumers of financial services, patients at their GP or users of government services. But still marketers and advertising professionals may gain from being more systematic (rather than narrowly experiential) in their view of consumers, more perceptive (where do we have constraints, limits and possible points of leverage) and finally more creative. Both being systematic and being perceptive require a deep understanding of the forces large and small shaping behaviour. Failure to be systematic and perceptive often means that whatever creativity is at work gets poorly rewarded.

READ: Byron Sharp: Behavioural economics is not the biggest story in marketing

Just as problematic though is the assertion that surveys are unable to project consumer buying decisions. Simulated test markets and other similar tools estimating sales have been well in use since the early 80s. They are routinely used by CPG companies around the world and their ability to predict consumer demand extensively validated with clients. Different forecasting tools are used for services, technology or durables but just as effectively. Some companies use purchase intentions and manage to empirically convert those into trial and repeat estimates through consumer panels and databases. Others prefer to measure the underlying drivers of behaviour in innovation or simulate the shopping environment to estimate consumer demand. The latter especially do not rely on consumer self-reflection on motivation and purchase behaviour. Particular individuals may indeed be unsure of what they would do if they were to think about it but those tests have long proven their effectiveness using samples (now mostly from online consumer panels).

When new products come to market and fail, it is more often the case that they have indeed not been tested for sales potential, the advertising budget has been pulled back mid-launch because finance is building the bottom line for Q4, retailers do not want to keep as many SKUs as marketing expected or nobody thought about testing what would happen to penetration build-up if the main competitor had pockets deep enough to be on promotion for that long.

There is no doubt however that neuroscience is fast building a range of promising tools from facial encoding, implicit reactions, steady state topography imaging and a new tack on the old biometrics. These tools will bring greater insights on their own or in combination with other tools for marketers and advertisers. Consumer research will also change and research companies will routinely use brain metrics instead of traditional surveys to segment consumers or forecast the take-up of new products and services.

Several academic researchers in consumer behaviour are increasingly relying on brain metrics sifted with machine learning algorithms (MAL) to build new insights into consumer behaviour. The trick is that identifying which brain regions are activated is not always as enlightening as it may seem: thinking and behaviour don’t map neatly on brain regions one to one. Instead, activation takes place as a network of regions and this is where the neuroscientists think MAL will help them do some of that mapping. In the meantime, watch out for brain trash and neuro bunk!

The day neuromarketing with 30 consumers going through an fMRI laundry tub delivers a reliable and valid sales estimate for a new product ain’t that close yet: that’s what neuromarketing doesn’t want to say, but every marketer needs to know! But the day of neuro gold may not be that far either.

For quick links to PDFs of the essential research and reviews of research, please contact pascal.bourgeat@ipsos.com

« Have you heard there’s a new iPhone? – cartoonOlly’s online video advertising tip three: How to score a YouTube upgrade »