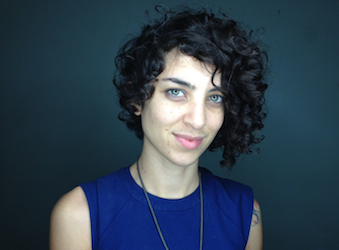 Manufacturing has come a long way since the days of the Ford Model T, writes Grace Turtle. These days, technological advances are allowing companies to co-create with customers to make ultra-personalised products. So what does the maker movement mean for retailers and retail consumers?

In 2012, Wired magazine editor and bestselling author Chris Anderson released a book that took readers to the front lines of a new industrial revolution [Makers: The New Industrial Revolution]. Driven by the maker movement, the revolution’s foundation is built on the democratisation of production and power shift from corporations to communities. The democratisation is achieved through collaborative consumption, co-creation using accessible design tools and consumer enabled, research driven manufacturing technologies – such as 3D printing.

Fast-forward to 2014 where business battlegrounds are being fought in customer experience and community led engagement, the potential to shape how people buy, use and engage with products is driving the next big wave. According to Wall Street Journal, the New Industrial Revolution is a wave of technologies and ideas that are creating a computer-driven manufacturing environment bearing little resemblance to the gritty and grimy shop floors of the past.

Along with technical, manufacturing and technological changes, the revolution is also shifting retail experience on its head. Also known as the ‘Maker Movement’ and ‘Manufacturing 3.0′, this revolution is light years ahead of the last one where Henry Ford declared customers could choose the Ford Model T in any colour as long as it was black. Now, retail is adapting to a new layer of living where customers are building their own purchase experiences.

Jeremy Rifken, a leading economist, says that in the new economic era, a company’s role will be to coordinate and manage multiple networks that move commerce and trade across the value chain.

So what does this mean for retail industry and its customers in Australia?

The new industrial revolution is taking personalisation and customisation to a whole new level. Technologies such as 3D printing and open source sharing platforms are giving way to unprecedented customer control over their consumables. These advances do not mean you can just print your next car for free at the press of a button. It does mean that the car of the future will be more personalised to suit your needs, that you would have had a part to play in the design process and that manufacturing can be done in a margin of the cost and time.

In the future, the economies of scale that we have relied on from the second industrial revolution will matter less and less. For retailers, this presents several opportunities to offer niche products that they previously couldn’t due to the conflict between market size vs cost of development.

America, Australia and even China manufacturing is losing momentum. Although the assembly line will not disappear any time soon, mass production will decline, giving way to personalised and co-created products. About three years ago, strong patents around 3D printing ran out, making it accessible by more people since, than the previous few decades. Companies are now experimenting with the technology to design and develop more efficient products quicker and at less cost through digital fabrication.

The same Ford that was iconic in the last industrial revolution is now an industry pioneer in using 3D printing technology. Traditional manufacturing methods that would take four months and $500,000 are now taking them four days and just $3,000.

According to Michael Idelchik, head of advanced technologies at GE’s global research lab, “Manufacturing is undergoing a change that is every bit as significant as the introduction of interchangeable parts or the production line, maybe even more so. The future is not going to be about stretched-out global supply chains connected to a web of distant giant factories. It’s about small, nimble manufacturing operations using highly sophisticated new tools and new materials.”

Reduced manufacturing costs will enable brands to offer their products for less, without compromising on design ethos or quality. Australian retailers have the opportunity to use our strength in innovation and design to start connecting with customers early on. Retailers increasing their commitment to niche communities and individual interests early on could stave off international competition and keep ‘Australia made’ relevant in the future.

Contrary to popular belief that these technologies could replace humans and result in mass unemployment, the new industrial revolution could rejuvenate the economy. Big brands will have more tools to explore new products, innovations and efficiencies that enable better living and more integrated lifestyles. Smaller companies will have better access to manufacturing technologies that could create more innovative products.

Retailers can diversify to build value propositions around a customer’s lifestyle at different touchpoints. Nike could essentially offer everything related to an active lifestyle and Coca-Cola could build a deeper narrative around the situations where their products are consumed. In-store experiences could become more vibrant. Normal, a headphones brand, transformed a 11,000 square foot space into a combined factory and retail location allowing customers to produce their own custom 3D printed headphones.

OwnFone, a company that makes mobile phones suitable for kids and seniors recently announced customisable braille phones – tapping into an opportunity that not many had ventured into in the past, as the cost didn’t justify the returns. The company can now offer this niche product as they use 3D printing to reduce cost of manufacturing and customise the phones.

As inventors of Wi-Fi and a country that has ranked in the top 20 of the Global Innovation Index, Australia has what it takes to use new technologies to rejuvenate local retail and make it relevant on a global scale.

President Obama recently hosted the White House Maker Faire to support the growing maker movement in the United States. Prior to the Faire, while visiting TechShop in Pittsburg to watch multifunctional 3D printers at work, he said, “… because of advances in technology, part of the opportunity is now – to make the tools that are needed for production and prototypes are now democratised. They’re in the hands of anybody who’s got a good idea”.

Access to 3D printing and other technologies via public spaces such as TechShop will fuel the maker movement and give rise to more niche community trading platforms similar to Etsy.

While most big brands using these technologies are still in its experimental, gimmicky marketing and nascent phase, the movement is growing significantly each day. Officeworks recently announced that they would start retailing 3D printers through in their stores. Although Australian retail adoption of 3D printing is yet to gain momentum to catch up with what leading brands such as Tesco, Nike, Coca-Cola, Staples and many others are doing globally, the time is ripe to start.

To quote Chris Anderson from an article he wrote for Wired in 2010, “In the next industrial revolution, atoms are the new bits.” The big question for retailers is how will they adapt to this new economic landscape and what will they do to co-create with customers and build communities around brands.

« If ‘brand journalism’ works, does it matter what we call it?How to claim a cape as a business expense – cartoon »