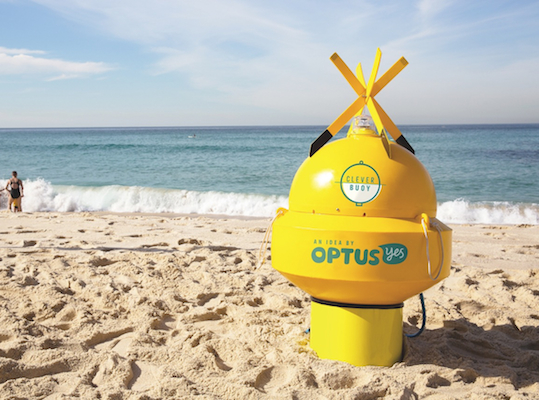 Optus created this smart buoy with breakthrough shark detection technology in a unique campaign to showcase the network’s capabilities. This case study details the campaign from objectives and strategy to execution and results.

Optus is Australia’s second largest telco. The widespread perception is the largest player covers a much higher proportion of the country’s population, when the difference is actually less than 1%. Over a period of more than 20 years, Optus has been highly successful in building a much loved brand and a lucrative business; however, via brand tracking and research, there was one critical area where it always conceded ground: network perceptions.

The client brief was to change the conversation from the perceived size of the Optus network, to what it can do to improve people’s lives. We developed three key insights with which to attack this brief. First, as noted above, the perception of the network coverage shortfall between Optus and the larger player was much greater than the reality.

Second, we noted the indifference to mobile networks by mobile phone-wielding customers. Despite the growing reliance on mobile data to power every waking moment of their lives, research told us that consumers considered their mobile network as something close to a utility. Optus is Australia’s second largest mobile network provider.

Most people think the number one player covers a much higher proportion of the country’s population, when the difference is actually less than 1%. That is, it should just work. When the experience blew all expectations, it was the smartphone that took all the credit. Conversely, if, for some reason, you weren’t able to watch your favourite YouTube clip, the blame sat squarely with the provider’s network. Third, we identified an opportunity to shape the future direction for the Optus business.

With the advent of new technology – wearable devices, home automation etc – mobile networks will play an ever-increasing role in our everyday lives, so bringing to life the strength of the Optus network outside of its core business of connecting mobile phones could provide Optus with a competitive advantage moving forward. Our starting point was brutally simple: make the intangible tangible in terms of amazing things the Optus network can do.

We needed to try and leverage something that would naturally resonate strongly and bring meaningful value to Australia (leveraging the Optus ‘Wingman’ brand positioning), and over a period of time longer than a ‘campaign’.

While we were countering the category norms of network communications, we had to combine this with a rich understanding of what makes Australia tick and leverage something people were genuinely passionate about. Our research showed 85% of Australians live near our world- famous coastlines. The beaches (all 12,000 of them) are synonymous with the Australian lifestyle. We recognised the potential of the beach to drive an emotive connection, plus have the universal appeal we were after.

So, the beach was our starting point, but how to bring to life the Optus network in a way that could show Australians that Optus is their wingman and makes something that is central to so many communities better. Australia has one of the highest rates of shark attacks in the world, yet our shark defence methods haven’t changed in over 60 years, from:

So we decided to look for a new solution, one that would protect our beach goers and our sharks.

M&C Saatchi’s innovation team learned that, historically, sharks were difficult to detect using sonar technology and we discovered that no alternative detection technology existed anywhere in the world. We explored many different hypotheses before landing on a device that meshed sonar detection with sonar mapping technology to detect sharks and then alert beach- goers via the Optus network. After researching universities, tech and science labs and marine biologists, we assembled a team of partners, including Perth-based tech specialist Shark Attack Mitigation Systems, that were the best fit from both a technical capability and cultural point of view.

Along with Optus, we entered into an R&D project to develop our hypothesis. After nine months of development, three new technologies and one key patent, we landed on a world- first: a specifically calibrated sonar detection system that can identify a shark’s unique size, anatomy, movement and wake. Think facial recognition for sharks. All of which formed the backbone of Clever Buoy: a smart ocean buoy that uses breakthrough shark-detection technology to send alerts to lifeguards in real time via Optus’ Inmarsat satellite network.

Other data – such as the shark’s unique sonar footprint, frequency and movement profile – is sent to scientists and researchers via Google Plus, enabling a more accurate picture about shark behaviour to be built over the long-term. In May 2014, following exhaustive trials, Clever Buoy passed proof of concept and went into commercial development. Launched through PR, online and social, Clever Buoy has been a worldwide sensation. 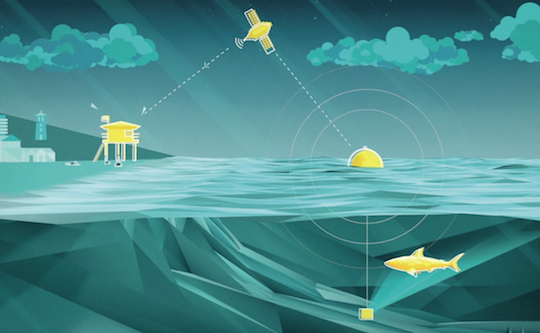 Clever Buoy was created to improve the perception of the Optus network, so how effective has it been? Within a month of launching, Clever Buoy had:

It has also been a hit on the awards circuit, winning top gongs for innovation at Spikes Asia (Innovation Grand Prix), IAB Mixx and LIA (London International Advertising Awards), amid a swathe of global and local metal. But, more importantly, far beyond creating a traditional ad campaign, M&C Saatchi has shown the power of collaboration and collective intelligence to help create an ongoing product, service and platform for Optus, and potentially a valuable future revenue stream.

Clever Buoy is designed to be a potential solution to current shark defence methods in Australia and worldwide – one that is more efficient, economical and humane. After a period of testing, the ultimate goal is to have commercially viable systems available from 2015. 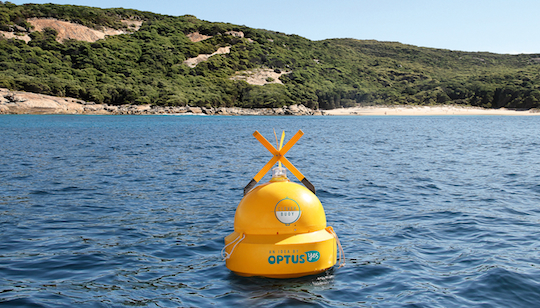