Why mobile escapes the ‘viewability’ conundrum

Why mobile escapes the ‘viewability’ conundrum 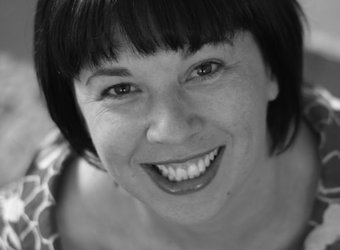 This guest post is by Emily Rogers, lead writer and researcher for Snakk Media.

Google recently announced it will now sell display ads based on viewability. This means that advertisers will only pay for ads that are actually seen by a human being.

It’s common knowledge in digital media circles that as many as half of all online ads are actually not seen by any audience, often because they are positioned some way down the page, below the fold.

The idea of viewable impressions is not new. In fact, the industry has been debating the pros and cons of transacting on viewable impressions for almost two years now. In early 2012 the IAB was part of an initiative called 3MS (Making Measurement Make Sense) which developed a series of principles on digital marketing measurement, with the first recommendation being a move from served to viewable impressions.

Shortly afterwards, the Media Rating Council (MRC) advised against the transition from served to viewable impressions and this  continues to be debated until the present day. There is plenty of discussion around the pros,cons, details and technical implementation of the viewable impressions solution. Meanwhile amid these calls for change, vendors have not been sitting around waiting, and many now offer measurement of viewable impressions.  The MRC is in the process of auditing and accrediting viewability solutions and it is expected that they will lift their advisory by the end of Q1 2014.

Late last year Google announced on its AdWords blog that customers will now be able to make real-time display ad purchases that only include impressions that meet the IAB’s guidelines on viewability (ie. that at least of half of the ad is viewable on the page for one second or more). This builds on Google’s existing viewability product that only supported reservable inventory. This initiative makes Google the first major online ad network to offer viewable impressions for display ads purchased in real time.

It makes sense that digital advertisers only pay for ads that customers see. Given the huge number of desktop ads that are going unseen today, we are sure to see some big shifts in the pricing and value of desktop impressions when viewability rolls out. Regardless of where prices settle, it seems certain the industry is in for a period of price instability. But what does this mean for mobile ads? The fact is, given the nature of smartphone and tablet advertising, it may not mean very much at all.

In the vast majority of cases, ads served into smartphone and tablet content are already above the fold. This is largely due to the nature of app and mobile design, where content and interaction are distilled to maximise impact on the viewable screen. With the exception of news feed and social media services, mobile apps are predominantly centred around consecutive screens that are swiped or navigated by touch. Opportunities to serve ads into this screen-by-screen environment are more limited compared to the desktop, but those ads which are served are eminently more viewable.

With social networks now monopolising smartphone and tablet usage, news and information services are increasingly adopting the stream based model of delivering content. As publisher, user and advertiser generated content is condensed within a single feed, advertising messages are given unprecedented viewability on the mobile device.  This has implications on targeting, inventory and value, the effects of which are already filtering through the mobile ad environment.

In a way it feels like viewability will become less and less relevant over time. As an issue, its time has probably arrived too late. Marisa Mayer recently touted 2014 as the tipping point for mobile and Morgan Stanley have predicted that mobile devices will exceed desktop by the middle of this year. Many publishers have already seen mobile usage exceed desktop and have adjusted their focus accordingly. With smartphone and tablet users now the priority, we are moving away from the print paradigm on which the desktop web was created and seeing more design according to the native properties of the device. Mobile first design principles are commonly applied, with some (such as Twitter) now moving to refresh their desktop experience to reflect what has worked in mobile. Responsive design and changing paradigms mean we will see less and less new desktop design that positions content (and advertising) below the fold.

In smartphone and tablet circles there is increasing focus on delivering the right ad into the limited screen real estate available for advertising. It’s a premium model, with targeting as the priority. Although some mobile properties will be impacted by viewability initiatives, the real disturbance will be felt in the desktop world. Ultimately the main impact of viewability on publishers will be an increased imperative to consider mobile first design principles, bringing dated desktop design in line with the model that is already working on mobile.

Emily Rogers is Haptic Generation and Snakk Media’s lead writer and researcher. Emily has over 15 years experience in digital marketing and product development, including three years developing and launching mobile products specifically, and five years as a self-employed consultant for her business, Mobilista.

« The science of viral video successRapid advertising production will make us a faster, smarter and smaller industry »