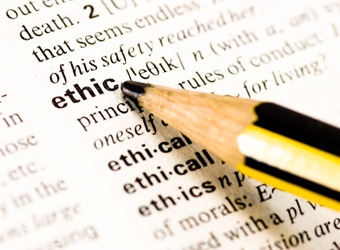 Brand owners should monitor Facebook posts in the hours after making them and check their page at least once a day during the week, according to new guidelines from the Australian Association of National Advertisers (AANA).

The best practice guidelines, released today, advise brand owners on how the industry’s self-regulatory codes apply in the digital space and expand the definition of advertising to encompass a broader range of marketing communication. In doing so the AANA supports the Advertising Standards Board’s (ASB) recent controversial ruling that comments made by the public on a brand’s Facebook page are, in effect, ads and fall under the responsibility of the brand owner.

Advertising as it relates to the codes of practice should now be recognised as any marketing communication where a brand has a dialogue with its consumers, rather than simply traditional one-way, paid-for communications, the AANA says, updating its “historically narrow definition of advertising”.

To adhere to the codes, which also govern issues such as advertising junk food to children – another issue which has resurfaced with new problems in the digital space – brands must treat Facebook as an advertising tool.

“The board considered that the Facebook site of an advertiser is a marketing communication tool over which the advertiser has a reasonable degree of control… The board determined that the provisions of the code apply to an advertiser’s Facebook page. As a Facebook page can be used to engage with customers, the board further considered that the code applies to the content generated by the page creator as well as material or comments posted by users or friends,” AANA’s acting chief executive officer, Alina Bain, says.

As such, the AANA is advising brand owners to monitor social media sites in the hours immediately following a post and at least once every 24 hours during the week, as well as on the weekend or public holidays if the brand’s community are likely to be particularly active out of business hours.

Bain says concerns that the ASB’s ruling will impose unfair resourcing pressures on marketers are misinformed. “The suggestion that the ASB’s determination will lead to marketers vacating social media or to unwarranted censorship of user-generated content and conversation is completely off the mark, as evidenced by on-going marketing activity in the social media space post the ASB decision.

“Likewise, the suggestion that applying the codes and ASB adjudications to social media demands that brand owners should moderate their pages in real time, 24 hours a day, seven days a week is also complete nonsense.”

The new guidelines aim to reaffirm that the industry’s self-regulatory codes apply equally in both digital and traditional media.