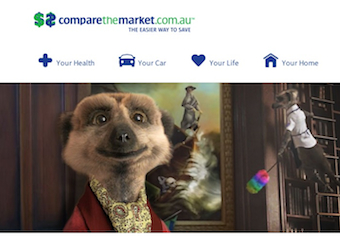 The ACCC has released a report detailing its concerns about the comparator website industry’s lack of transparency, following recent penalties to Compare the Market and previous issues with Energy Watch and iSelect.

The Australian Competition and Consumer Commission (ACCC) ‘Comparison Website Industry in Australia’ report compares the industry’s benefits and challenges, drawing on consultations with more than 20 stakeholders including industry, other regulators and consumer groups, and topical research.

The report focuses on websites that compare private health insurance, telecommunications and energy providers, of which Australia currently has about 40. The Australian Securities and Investments Commission (ASIC) is investigating financial services comparator websites.

“Notwithstanding the benefits that comparator websites can offer, the ACCC has concerns about conduct within the industry that may cause consumer and business harm,” the report says.

In recent years the ACCC has dealt with various comparator website complaints, including:

The ACCC’s concerns around the transparency of comparison websites fall into the following categories:

The report says comparator website industry in Australia is about five years behind that of the UK, where these types of sites began in the early 2000s. The insurance industry quickly caught on to the sites’ value as a sales channel and customers enjoyed the benefits; between 2001 and 2010 the percentage of UK consumers purchasing car insurance online grew from 2% to 51%.

Consumers who choose to use comparison websites cite reasons such as:

Although the use of these websites is growing in Australia, much of the public is skeptical of the companies behind them and therefore prefers to use them only for research rather than purchasing.

Medibank Private told the ACCC’s Competition Policy Review that 60% of its customers used comparator websites to research policy options but only 20% purchased through them.

“There continues to be a degree of consumer scepticism about the operation of comparator websites, which should serve to encourage operators to improve their transparency and disclosure,” the ACCC report says.

But it is not all negative; the ACCC report also outlines significant benefits from the comparator website industry, both for consumers and service providers.

The ACCC is preparing best practice guidelines in-line with competition and consumer protection laws for comparator website operators and businesses to follow, as well as preparing consumer guidance.

It will release these guidelines in early 2015.