Article-type content the most effective type of native advertising: Warc

Article-type content the most effective type of native advertising: Warc 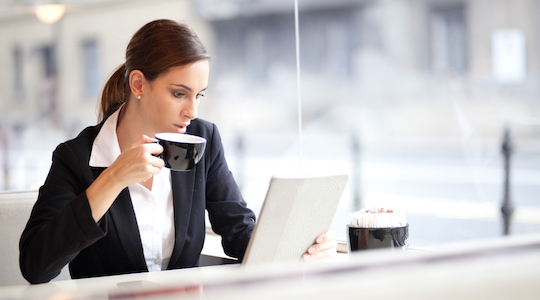 50% of marketers and advertising professionals in Asia Pacific rate ‘article or editorial’ as the most effective native advertising content, followed by video, at 34%.

The ‘Native Advertising: Trend or Future Report,’ created by Warc and King Content, surveyed 300 respondents from Australia, New Zealand and the Asia Pacific region, shows growth in popularity of native advertising, but ongoing difficulty with measurement of its effectiveness.

In terms of those using native advertising, native editorial was also the most popularly used format, by 59% of respondents, followed by branded video (47%) and in-feed or newsfeeds (40%).

Adoption of native as part of marketing strategy is clear, with 32% of respondents already using it, and 62% either somewhat likely or likely, and only 8% not at all likely to consider it as part of their marketing mix.

Reasons for adoption of native advertising appear mainly to do with its being an alternative to traditional advertising channels, and were more spread out than format and medium, the most popular reason being ‘increasing consumer engagement’, at 22%, followed by:

20% of respondents cited its credibility over traditional advertising as the reason for native’s growing popularity, placing this reason in third place behind the rise of mobile and social media at 24% and its ability to generate increased engagement at 21%.

Given that native marketing is a relatively new channel, reliable measurement on ROI is a common frustration, with 57% of participants citing ‘not enough proof of effectiveness’ as a major hurdle for increased investment in native moving forward.

In terms of how marketers measure their ROI, the most popular factor was engagement, at 60%, followed by:

Perhaps unsurprisingly, the 18-30 age bracket are the most heavily targeted by native marketing, with 35% saying they would typically target this age group, followed by:

For Ed Pank, managing director at Warc Asia-Pacific, much of the rise in popularity and importance of native can be explained by the rise of ad-blocking capabilities.

“New research revealed recently that half of all internet users across Asia-Pacific are using ad-blockers, or intent to use one,” he says. “Although advertisers are panicking about the impact this will have on their businesses, what is clear is that disruptive display advertising is – in many cases – doing brands more harm than good with consumers, and a strategic re-think is needed. Native advertising is consistently raised as a cost-efficient, scalable option for advertisers in the post ad-blocking world.”