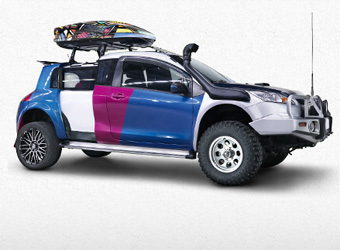 Australian creative agencies have proven their might on the global stage, taking out three golds, four silver and one bronze award at the eighth annual IAB MIXX Awards in New York overnight.

Whybin\TBWA\Tequila had the best showing taking home all three of the gold awards and one silver, for its NRMA Car Creation execution for Insurance Group Australia, at the event which celebrates creativity in digital advertising.

CEO of the IAB Australia, Paul Fisher, says it was immensely satisfying to see so many Australian campaigns presented as finalists and for eight out of 10 of them to win was brilliant. “It was a fantastic showing by Australian digital creative on a truly global stage at one of the world’s most prestigious awards nights.”

Australian campaign entries made up 10 of the 111 finalists from 30 countries across the 27 award categories this year.

The full list of Australian finalists and winners are as follows:

Campaign and single execution winners in the 27 categories were announced after a competitive process judged by a panel made up of ad agency executives, marketers and major media brand leaders.

The MIXX Awards is the only competition in the US that evaluates all key facets of interactive marketing – including strategy, creative development and execution, media placement and integration, effectiveness and ROI.