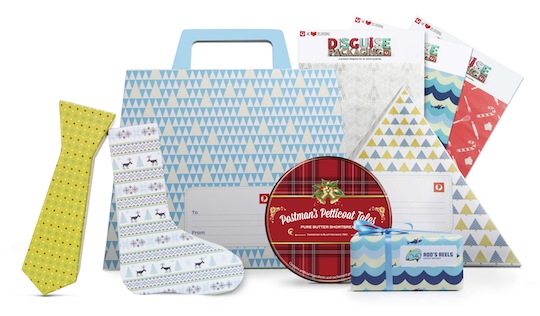 This Christmas, Australians will have the option to post their gifts in a new range of packaging boxes designed to disguise the contents until Christmas day.

An integrated campaign across press, outdoor, digital, social and point of sale will show the best ways to keep family and friends guessing until the moment they open their presents.

The social campaign will allow consumers to share ways they’ve disguised gifts and offers prizes for most creative contestants.

This year, Australia Post expects to deliver more gifts from online shopping than ever before.

“This campaign reinforces the crucial role Australia Post has to play in supporting the growth of ecommerce in Australia,” says Chantelle Lane, Australia Post head of brand and marketing communications.

“As shopping habits evolve, so too must our product range.”

Other aspects of the campaign include the opening of pop-up shops in selected outlets and a Shazam gift card trial at sites in Melbourne and Brisbane.

Other news from Australia Post sees the draft proposal of a $1 basic postal rate stamp as of January 2016.

The proposal, which aims to offset continuing losses as delivery volumes of these letters decline, and are predicted to decline further.

The draft proposal will also see the employment of a new timetable which allows for an extra two working days for delivery to occur.

The Australian Competition and Consumer Commission (ACCC) has issued its view not to object the draft proposal.

Australia Post is not proposing to increase the price of concession stamps or seasonal greeting cards.