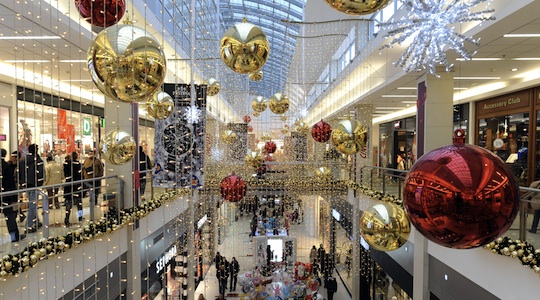 In the lead-up to Christmas, Australians are forecast to spend $46.7bn in retail stores and $7bn online.

The Australian Retailers Association (ARA) and Roy Morgan Research’s predicted $46.7bn in the retail sector represents a 3.6% increase in spending compared with the same time period of 15 November to 31 December 2014.

“The average Australian internet user will spend a total of $328 online during November and December, driving around 18% of total online sales for the year,” says Tamara Gafney, principal research analyst, Adobe Digital Index.

The busiest day for online spending is expected to be 7 December.

The week before Christmas is expected to be the biggest retail shopping week of the year, the ARA predicts, on trend with previous years.

ARA and Roy Morgan predict food stores, household goods retailers, apparel outlets, and department stores will account for most of this retail spending, with each category expected to grow in consistency with the 3.6% overall.

Given current levels of consumer sentiment and the raising of interest rates this month by major banks, ARA executive director Russell Zimmerman believes this is a “fantastic rate of growth”.

This research – as well as stats from the SAS ‘2015 Holiday Shopper Survey’ in which 79% of Australians said they would spend more this Christmas than in 2014 – suggest an increase in consumer confidence.

NSW retailers in particular will have a new chance to benefit this season, as a recent bill has been passed allowing retailers to trade on Boxing Day. Previous laws, which only allowed stores in Sydney’s CBD and tourist areas to trade, have been lifted to even the playing field and allow those who would like to trade on Boxing Day to “cash in on this lucrative day of consumer spending,” says Zimmerman.