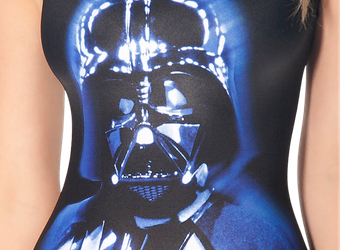 This week, Australian fashion label and cult purveyor of skin-tight clothing, Black Milk Clothing, offended a number of fans with a ‘tongue-in-cheek’ May the Fourth/May the Force meme it posted on its Facebook page for Star Wars Day (May the Fourth). Some viewers perceived it to be critical of women’s bodies. But the real problem was how it handled the response.

Instead of calmly responding to upset commenters, the Black Milk social media admin defended their original post, deleted critical comments and blocked fans from its page, claiming those offended had been in a minority, and that they should unlike the page and shop elsewhere. Again and again.

Of course, outraged commenters took screenshots of the interactions, and took to other social media outlets to vent their frustration.

Rule number one of retail: the customer is always right.

This would all be a fairly standard episode of amateur hour on the web if Black Milk was a tiny outfit, but the retailer is famous for having built cult success through savvy social media usage. In fact, according to the 2013 ‘Facebook Performance Report‘ by Online Circle Digital, the brand has the most popular Facebook page of any department or online store in Australia, and the ninth most engaged Facebook page of any brand in Australia.

To make matters all the more painful now, the company’s head of sales and marketing, Cameron Parker, has given interviews in the past on social media marketing. Most of the comments on that video were made today and point that out.

“If everyone’s dumping the proverbial on you it’s a bad idea to delete it. Particularly to delete the comments of someone who is emotionally involved. You’re throwing more petrol onto the fire.”

While having a personality on social media is important in terms of user engagement, social media managers should remember that if they wouldn’t say something over a shop counter, they shouldn’t say it online.

Engaging in personal attacks with online commenters is a definite no-no.

“If they’ve [commenters] made derogatory comments towards other users, you can delete them… but having people who have diversity of opinion is not necessarily a bad thing.”

So how should brands approach damage control?

“The first thing they need to do is acknowledge their mistake and look at what went wrong,” says Stephens.

Taking a stance against some criticism is not always unjustified, especially if doing so reinforces their brand message, but brands must also know when to back down.

“People are generally okay if a brand makes a mistake ­-there’s always a bit of backlash but mistakes happen and general consumers are fairly forgiving. The key thing you have to do is acknowledge that it was a mistake.”