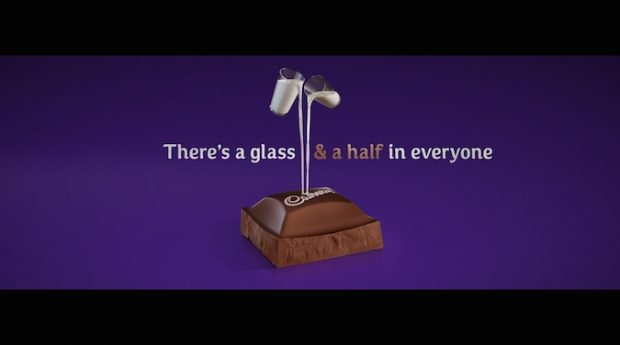 Cadbury’s newest campaign ‘There’s a glass and a half in everyone’ launches with a commitment by the brand to sustainable cocoa farming.

Cadbury has launched its ‘There’s a glass and a half in everyone’ campaign. Leading the campaign is a TVC telling the story of an elderly woman and her young neighbours bonding over a Cadbury’s chocolate block.

Paired with the new campaign is an announcement by parent company Mondelēz International, launching its cocoa sustainability program ‘Cocoa Life’.

“Cocoa Life is a half a billion dollar investment” says Ben Wicks, global brand equity lead for Cadbury. Wicks continued on the purpose of the program to “promote ethical cocoa production across our supply chain, and ultimately help to secure the next generation of cocoa farmers”.

The ‘Cocoa Life’ program will also mean sustainable cocoa production for Mondelēz International’s other brands including Terry’s, Toblerone, Oreo and Milka. Wicks assured consumers saying that “whenever they buy a Cadbury chocolate bar it will not only taste good, but do good too.”

According to Wicks, Cadbury’s new campaign is based on highlighting “those small moments that happen every day.”

“We want to shine a light on the stories of human connection that bring people closer together in our busy world.”

Cadbury has had major campaign successes in the past, with ‘Eyebrows’ and ‘Wouldn’t it be nice’. However none have matched 2007’s viral ‘Gorilla’ by Fallon London, in which a gorilla performs on the drums along to Phil Collins’ ‘In The Air Tonight’. The ‘Gorilla’ TVC remains one of the highest viewed ads on Youtube at nine million views. Colman Rasic executive creative director Dejan Rasic said the ‘Gorilla’ campaign was “where the brand took on a whole new lease of life.”

The ‘There’s a glass half full in everyone’ campaign currently only exists as a TVC, however Cadbury has teased more digital, public relations and sampling activations as the year continues.

BY ON 5 March 2018
Josh Loh is assistant editor at MarketingMag.com.au