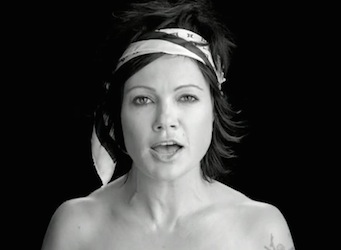 JWT Sydney, Cancer Council and family and friends of Chrissy Amphlett have today launched the ‘I Touch Myself Project’ to raise awareness of breast cancer, and as a tribute to the iconic Australian vocalist who passed away from breast cancer almost a year ago.

The video is available for purchase on iTunes and Google Play with proceeds from its purchase donated to Cancer Council.

The music video is supported by two 60-second TVCs, radio, digital billboards, a website (itouchmyself.org) developed and designed by Soap Creative, PR campaign managed by Hill+Knowlton Strategies, and an extensive social media campaign that encourages people to share how they’ve been touched by breast cancer using the hashtags #itouchmyselfproject or #itouchmyselfie on Twitter, Instagram, Facebook and Google Plus.

Marking the first anniversary of Amphlett’s passing on 21 April, the Inaugural I Touch Myself Day asks women to ‘touch themselves’, reminding them to get to know the look and feel of their breasts. The project invites the general public to share how they’ve been touched and pass on their message.

Kathy Chapman, director of cancer programs at Cancer Council NSW, said, “We know that by the age of 85, one in eight Australian women will be diagnosed with breast cancer. However, detecting breast cancer early is the most important factor in beating this disease. Through this campaign we are encouraging women to get to know their breasts better, to know what is normal for them and to participate in breast screening if they’re in the right age range. At different ages there are various steps women can take to help detect breast cancer early, however at any age if women have any concerns they should contact their doctor.”

The final video, below, is remarkable, and make sure you head over to the campaign site, too.