Coopers focuses on heritage in national push for Sparkling Ale

Coopers focuses on heritage in national push for Sparkling Ale 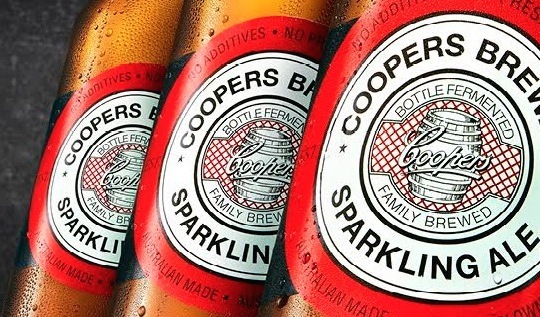 Coopers Brewery has turned to the big screen as part of a national campaign to promote its beer Coopers Sparkling Ale.

A new advertisement produced by Adelaide advertising firm KWP! and backed by Billy Joel’s ‘Just The Way You Are’ will be shown in cinemas around Australia over the next nine weeks as part of a campaign for Coopers Sparkling Ale, which is the company’s second highest selling beer behind Coopers Original Pale Ale.

The campaign will also cover digital, print and outdoor formats across the country, featuring the messages ‘Hasn’t, Couldn’t, Wouldn’t’ and ‘Unchanged and Family Owned Since 1862’.

Coopers sales and marketing director, Cam Pearce, says the campaign was designed to underline the history, quality and consistency of Coopers Sparkling Ale, which was one of the first beers brewed by Thomas Cooper in 1862.

“Our commitment to quality and consistency hasn’t changed for over 150 years,” Pearce says. “We’ve never compromised on quality, and never could, and we wouldn’t change a thing. The new campaign is a reflection of this, with the title Hasn’t, Couldn’t, Wouldn’t further reinforcing Coopers Sparkling Ale’s position as the true original craft beer.”

The ‘Hasn’t, Couldn’t, Wouldn’t’ line refers to the fact Coopers Sparkling Ale hasn’t changed since 1862, that Coopers couldn’t compromise on quality, and that it wouldn’t.

The campaign follows recent news that a deal between Coopers Brewery and Tennis Australia would make the South Australian beer brand the exclusive beer of the Australian Open, ending the tournament’s 20-year association with Heineken.

For more for analysis, interviews and case studies on brand management, purchase a subscription to Marketing.