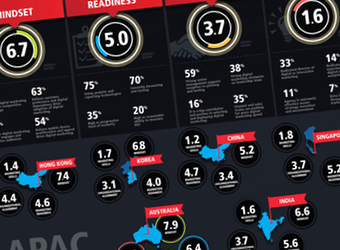 The third annual ‘APAC Digital Marketing Performance Dashboard’ by the CMO Council and Adobe has found that Australian marketers have pulled away from their counterparts in Asia-Pacific, although advanced implementation has stalled due to gaps in skills and budgets.

Behind Australia’s relative strength in the region are factors including stronger support from company leadership and having a strong digital champion in the leadership team.

Key findings from the 2014 Digital Dashboard include:

Liz Miller, CEO of the CMO Council, says that driving the uptick in stakeholder support for digital is simple: revenue. “It’s pretty plain and simple,” Miller tells Marketing. “Marketing has been able to take what we used to describe in grey and fuzzy language, and we’re now reporting it back to the organisation in the language of the business. That’s the critical factor.” 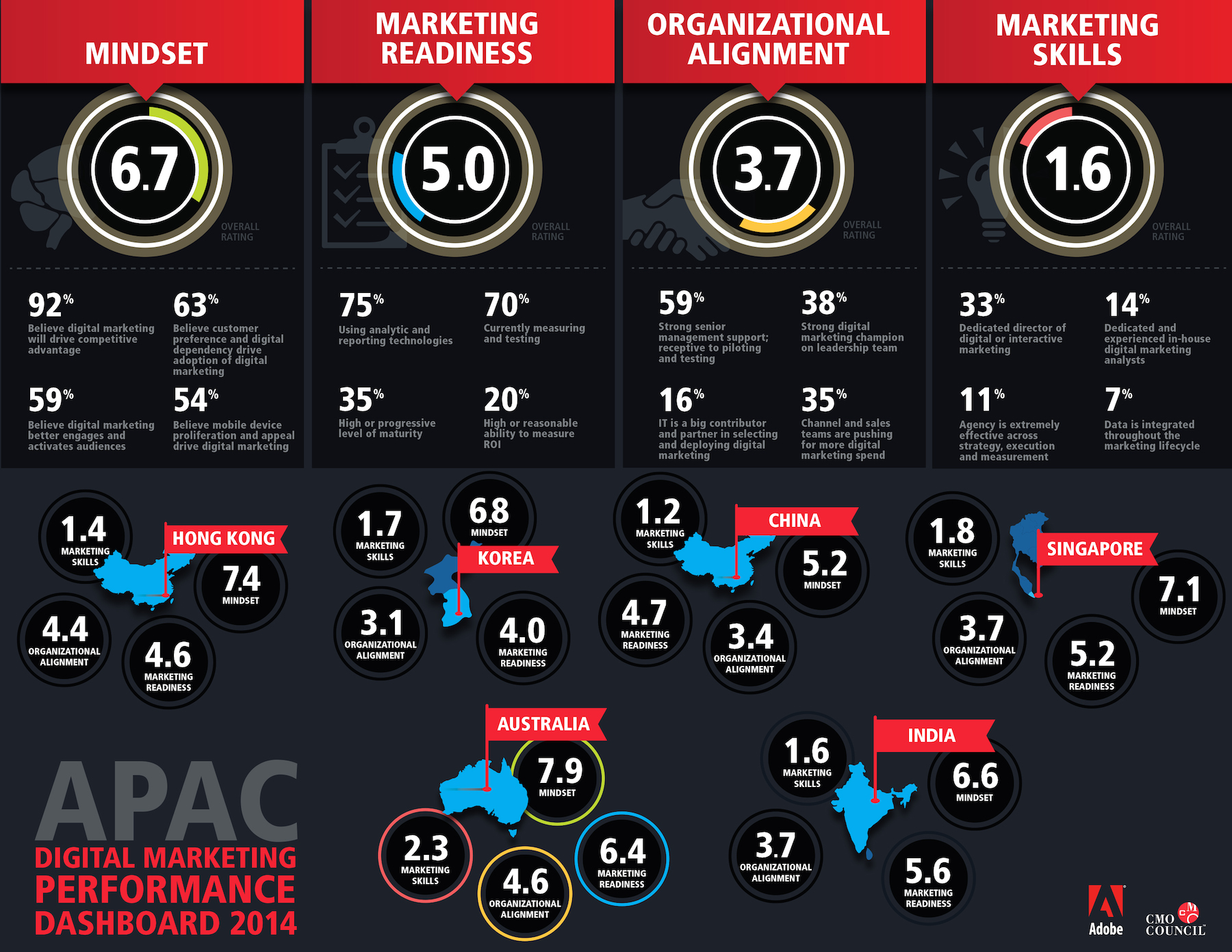 About the research: the 2014 APAC Digital Marketing Performance Dashboard was conducted by the CMO Council in partnership with Adobe. It included a six-month in-field program comprising quantitative surveys with over 800 marketing executives. The study benchmarked the levels of adoption, traction and success of digital marketing in Australia, New Zealand, China, Korea, Singapore, Hong Kong and India. Senior marketers within the Asia-Pacific region from a range of industries took part, with 44% holding a title of vice president or higher.

« CEOs are among society’s most powerful people but not the most respectedSalesforce.com connects smartphone apps to its Journey Builder product »