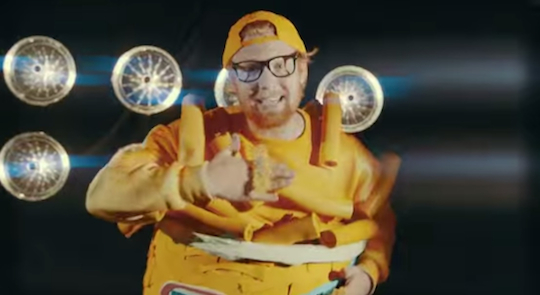 The company received huge consumer backlash when it changed the Easy Mac recipe in August 2012, with “a significant drop” in sales and a 320% increase in customer complaints.

The brief to customers, titled “Show us how to creatively say sorry and win back the stomach of hungry guys”, exposed the brand as open and apologetic about changing the recipe:

“We need to find a way to explain that Easy Mac made an EPIC FAIL and is now returning to the rich, creamy taste the guy loves. But it’s not going to be easy because this guy felt let down by Easy Mac and winning him back is going to take some serious effort.

“We need a video that he would love – something extremely hilarious yet dead on point.”

The brand asked for “sarcasm or second-degree/offbeat humor” and a “wild and crazy approach” that would “make fun of the foolish change in recipe”.

The campaign attracted 74 contributions from 23 countries over six weeks in October 2014.

Here’s the winning video from Canada, ‘Easy Mac – Back 2 Basics’.

This one, ‘Dance Party’, also won a prize for its efforts: