eBay and PayPal are planning to break up in 2015

eBay and PayPal are planning to break up in 2015 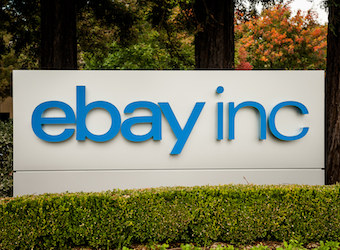 eBay Inc has announced plans to split its online auction division, Marketplaces, from online payment service PayPal, with each to become distinct and independent companies in 2015.

The company says its plans for the split will respond to changing market conditions and the two divisions’ independent challenges.

The move follows a 12-year partnership of the two successful brands after PayPal became a wholly owned subsidiary of eBay in 2002.

eBay Inc president and CEO John Donahoe and CFO Bob Swan will oversee the separation then step away from executive management roles, each serving on either one or both of the boards of the new independent companies.

The company plans to separate the two divisions as a tax-free spin off, which will take up to 12 months to finalise, so is expecting the split to occur in the second half of 2015.

At this stage, the company is assuring the public that PayPal will remain the preferred payment method on eBay.

Why split up eBay and PayPal?

eBay Inc said in a statement that a thorough strategic review with its board determined eBay and PayPal would be strategically and competitively better off separate. Changing industry landscapes are creating different competitive opportunities and challenges for the two divisions.

“eBay and PayPal will be sharper and stronger, and more focused and competitive as leading, standalone companies in their respective markets,” current CEO John Donahoe said.

“As independent companies, eBay and PayPal will enjoy added flexibility to pursue new market and partnership opportunities. And we are confident following a thorough assessment of the relationships between eBay and PayPal that operating agreements can maintain synergies going forward.”

A change of tone in a matter of months

A company blog post by Donahoe in January argued the case for the two companies to remain together, following proposals from investor Carl Icahn.

“Based on what we see today, we continue to believe that the company, our customers and our shareholders are best served by keeping PayPal and eBay together,” he wrote in January.

“In short, we believe this is the best way to maximize shareholder value. Our board is unified in its view on this.”

Donohoe’s blog stated three important reasons why PayPal and eBay should remain together:

READ: Apple Pay will ‘change the way you pay’ – but only in the US

« Polaroid takes on GoPro at its own game with tiny, colourful Cube camerasMarriott hotel group launches its own content marketing studio »