Findings from the ‘Australian Facebook Performance Report’, released by social media agency Online Circle, show that while snackfood brand pages are the most liked, they lag behind grocery brand pages in terms of engagement.

The report, which averages four point-in-time snapshots of fan and interaction numbers in January to generate like and engagement figures, found grocery brand page fans to be the most engaged with 10% of fans talking about the brand pages analysed in the study, compared to 2% for snackfoods.

Digital strategist at Online Circle, Lucio Ribeiro, says that due to their nature some industries have a greater opportunity to activate engagement than others.

He also says, “We know there were some issues for some brands throughout the year which may have affected some of those categories.”

Banks and financial institutions, a category that along with grocery retailing experienced its share of negative brand attention on social media during January, ranked second in terms of engagement at 5.2%.

The highest engagement rates, a simple equation of number ‘talking about this’ page divided by number of fans, were recorded by Rydges Hotels and Resorts at 28.0%, Air New Zealand – Australia at 27.4%, Gnc Living Well Australia at 25.8%, Breaka Flavoured Milk at 22.4%, David Jones at 18.7%and Hyundai Australia at 13.1%.

‘People talking about this’ is defined by Facebook as the number of unique people who have created a story about a page in the past week, by liking the page or one of its posts, posting on its wall, answering a question, responding to an event, mentioning the page, tagging the page in a photo or checkin, or recommending the page or place.

Citibank recorded an enormous 78.7% engagement rate off a low base of 1,171, indicating they either have uber-engaged fans or were impacted by a recent event.

The performance of brand pages on Facebook are shown by category below. 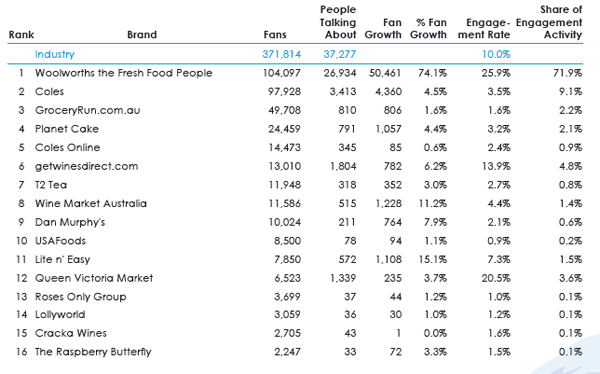 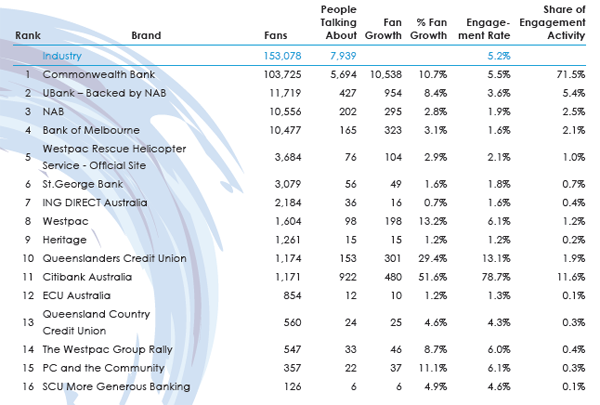 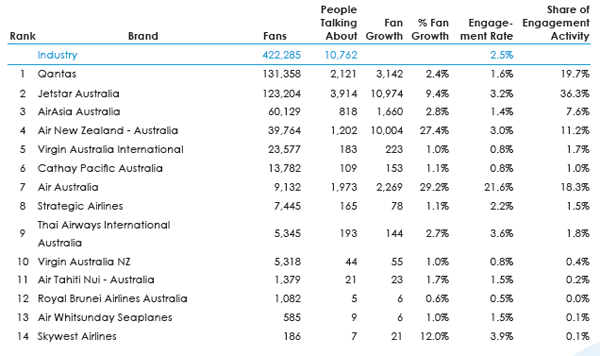 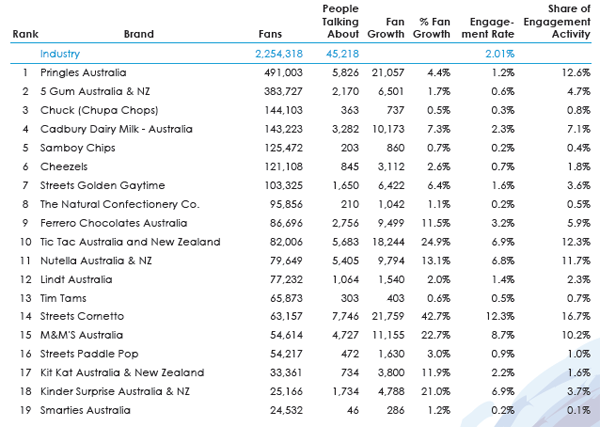 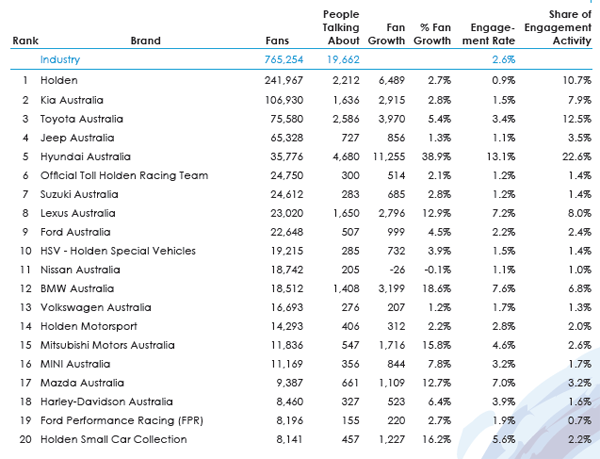 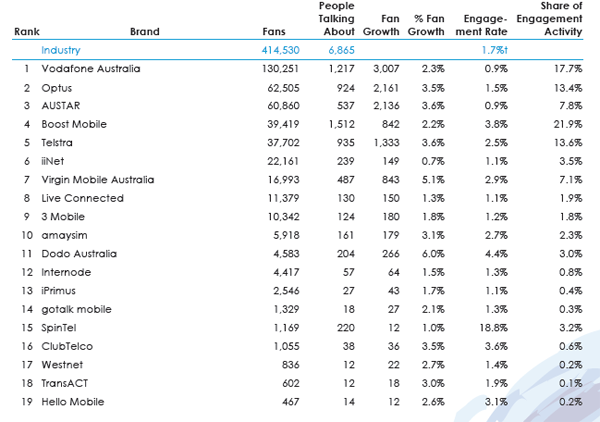 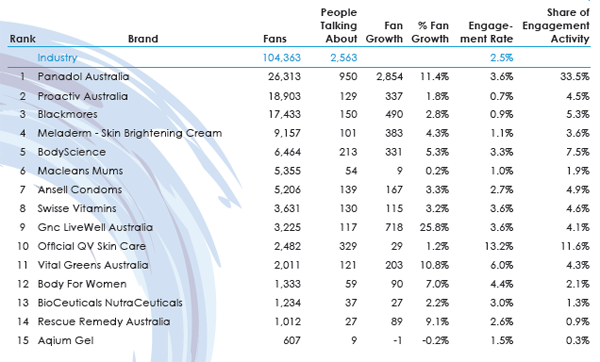 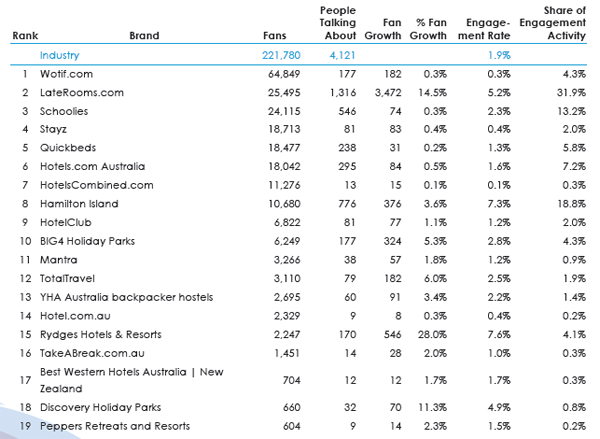 The report, which its authors plan to conduct bimonthly (every two months), is the first of its kind in Australia and was developed as a benchmark for the Australian industry. It doesn’t analyse the sentiment of interactions with the brands nor look at other channels but there are plans to do so in the future, according to Ribeiro.

The report notes pages that have experienced high growth in fan numbers over the survey period were more likely to record high engagement rates, “The nature of this growth means that people are engaging with the brand page and so we see high growth pages having high engagement. This will settle once the fan growth consolidates and the challenge moves towards activating and engaging the fans.”

Share of engagement is also calculated for the top brands in each category by summing the top 20 pages’ (if there are 20 pages above the statistical confidence level) ‘people talking about’ figures and calculating each brand page’s share of that sum.

Online Circle, who consult to Kraft Foods and Cadbury, state in the report that the list of brands included is not exhaustive but intended to be “representative of those brands leading the way in each vertical”. They anticipate adding more brands to the study in subsequent reports and plan to incorporate other channels such as YouTube.

The data for this report was captured automatically using Facebook APIs at 12 midday on January 10, 17, 24 and 31. Averages of fan numbers and people talking about the brands across the four days for selected brand pages were used to generate the statistics.