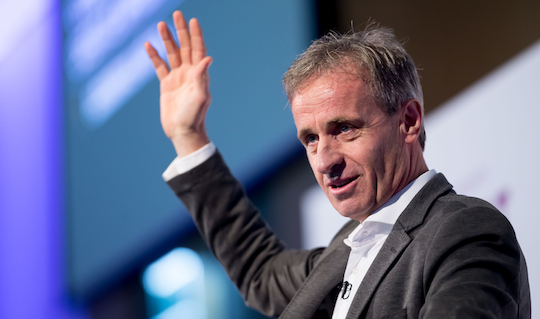 Whether it be an agency fearing a client and the client loathing them, or vice versa, “the looming threat of dismissal” is not the way to get good creative work, says Bruce McColl, Mars global chief marketing officer. He also cites the application of “mandatory rules” around advertising creative briefs as certain to create guaranteed mediocrity in advertising.

McColl was speaking at AANA Reset in Sydney about “creativity, curiosity and collaboration” at the end of last month. He has worked for the food giant for 23 year and considers it his “professional home”.

The Mars CMO also described the ad approval process as sometimes being: “death by committee,” which is also death to creativity and any possibility of real success of the resulting advertising. McColl said brands and agencies had to break free of “creative imprisonment” if they were to cut through the plethora of boring ads.

One way Mars has itself broken out of this creative imprisonment is applying the use of a “freedom brief” when the company hits a block in regards to its marketing and advertising briefs. McColl says: “We have a lot of room for improvement on all our briefs. We don’t have this down perfectly… sometimes I’ll sit through meetings and see briefs that are not working. So when we hit that road block for whatever reason, and we take a step back, we intervene as a senior management group and we say: ‘you’ve got the opportunity – you know what we’re trying to achieve, you write the brief and just go for it’. And it’s worked,” he says.

Although Mars is an “incredibly decentralised organisation” McColl says that because the company is a global business it can be challenging to get the entire agency networks aligned. “We are a $35 billion global business and global brands want connection. Our agency relationships are strongest when they have very, very powerful networks. Not just one great office somewhere around the world. But many that actually connect.

“And that’s the decision we made when we ended up appointing BBDO, DDB and Media Com. They were not only pushing the thinking, they were pushing the thinking in every area around the world. And that suits our DNA; it doesn’t suit every company’s DNA. When it failed previously it was because we found agency partners that weren’t talking to each other. Or leveraging their network.”

“We’ve got WPP Mediacom agency and we’ve got two Omnicom agencies but we’re very clear that they’re in this together; that their success will depend on each other and how they work together. And I think what we’re seeing is unusual levels of collaboration based on that. And I think it comes back to the level of security you can create. If you’re using the threat of dismissal or the threat of losing business here or there then I don’t think you can get great work”, says McColl.

Asked how – in order to push the boundaries – does he personally continue to learn and develop, McColl said exposing himself to marketing in other markets like his recent trip to China. McColl said it was very inspiring and that it “changed his mindset on where the world of commerce is going. Just sitting down and spending a day with Alibaba and a day at Tencent. It made me think I don’t do this enough; I need to get out there. It’s very easy to become insular. He says it’s very easy to sit there in your offices and only talk to the people you’re talking to now. I think it takes a lot of effort to go out and spend some time in other peoples’ businesses and to see what they’re doing and to see what they’re doing well. And just pick up one or two things and just learn from that. That’s something I could do a lot more of – I need to do a lot more of,” he said.

Asked what brand – either here or around the world – that he was insanely jealous of, McColl immediately pointed to John Lewis in the UK. The upmarket department store company has 45 stores in Great Britain. McColl: “I think I will build in this because of the last spot I’ve shown – referring to an ad that screened during his presentation. We were inspired a lot by John Lewis in the UK. The power they have – to be able to year after year after year – to sustain outstanding excellence. I think we set ourselves a challenge looking at that. We’re pretty good at humour advertising with all of our brands, but we weren’t good at really touching the emotion. And to learn from John Lewis, the objective is to look at people who are doing this really well, and say: Why? And what can we learn from them?”

McColl said sometimes you have to make difficult decisions. During his tenure the company has had to make the difficult decision of separating from some agencies. He says it’s never an overnight decision. “One of the things about Mars is because we’re an incredible decentralised organisation I don’t have a massive staff working for me, we don’t want that. We want to be making decisions in the centre and we try to sell them everywhere. So we want a very empowered group of people working in the local markets understanding what they need to do to be successful. And the challenge is we’re a global business.”